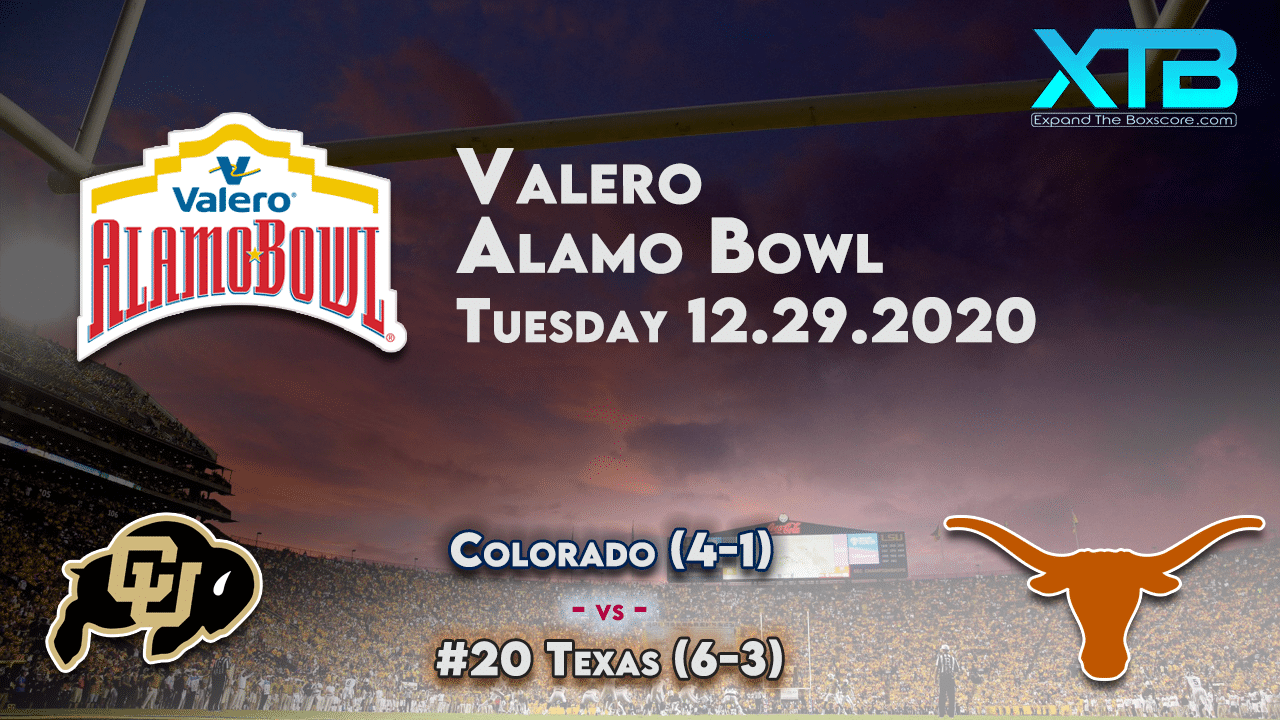 As a part of Expand The Boxscore’s NFL Draft coverage, we will be highlighting the draft prospects from each school for every bowl game. The players featured below will also be included in our NFL Draft Guide, which is set to release shortly after the combine. In today’s column, we will be taking a look at the Valero Alamo Bowl featuring the Texas Longhorns and Colorado Buffaloes.

It is kind of fitting that Miami’s and Texas’ bowl games are on the same day since they are both programs that are perpetually “back.” Granted, the Longhorns struggled out of the gate this season so we were robbed of the iconic “Texas is back” moment in 2020.

Instead, many questioned if head coach Tom Herman is the right man for the job, and while he is safe for now, the boosters likely want to see a dominant performance in the bowl game to feel at ease about their decision to bring Herman back.

That will be tough for Texas though, as some of their best players – offensive tackle Sam Cosmi, edge defender Joseph Ossai, safety Caden Sterns and defensive tackle Ta’Quon Graham – opted out of the bowl game.

Regardless, we will focus on the 2021 NFL Draft prospect who is suiting up tonight for the Longhorns, quarterback Sam Ehlinger. Those who have followed the three-year starter’s career know that he has excellent leadership qualities and a high football IQ. However, he struggles to complete deep passes, making him a middle-to-late Day 3 prospect.

Ehlinger is reportedly undecided about whether or not to declare for the NFL Draft, meaning he could take advantage of the NCAA’s COVID-19 eligibility rules and return for next season.

Colorado has quietly put together a rather good season this year. They won their first four contests and were ranked in the top 25 for the last week of the regular season, but dropped the finale to Utah and had their game against Oregon canceled. Part of the reason for the Buffaloes’ success has been the play of their two draft prospects, Mustafa Johnson and Nate Landman.

Johnson is a thick, powerful defensive lineman who fits best as a five-tech in a 3-4 scheme at the next level. He wins primarily with his strength and hand usage and shows a variety of pass rush moves after winning at the point of attack. However, the Turlock, California native lacks some true speed, has an inconsistent pass rush plan, and plays with high pad level, putting him in the late third- to early fourth-round category.

As for Landman, he is a linebacker who will likely be a seventh-rounder or priority free agent. He is a smart player who makes all of the calls and checks pre-snap, is relentless in pursuit and a sure tackler. The problem is, he does not have NFL-level athleticism so grit and smarts will only get Landman so far at the next level.

Unfortunately, Landman won’t be playing tonight as he ruptured his Achilles against Utah.