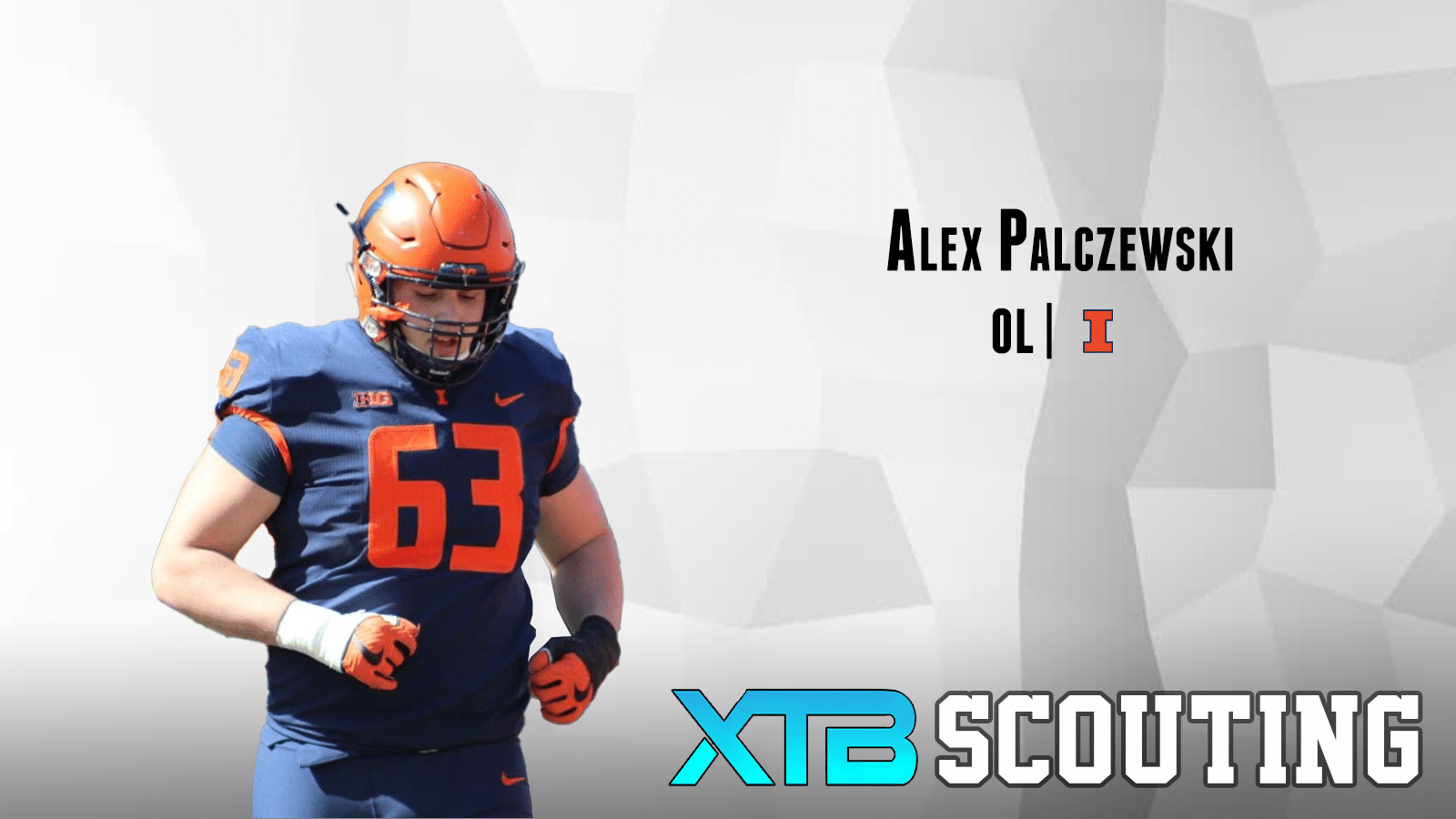 A solid athlete with prototypical size for an NFL tackle, Alex Palczewski (pronounced pal-CHESS-key) has the quickness and foot speed desired but can struggle with quick change of direction and balance.

Possessing the ideal strength for a gap-blocking tackle, he has good initial pop when firing off the line and when he lands his hands has the strength to maintain while churning his powerful lower body. High pad level can often hurt his ability to sustain, and this issue is accentuated when on the run as a puller. His strength allows him to finish as a down blocker, but his tendency to lunge does not allow him to leverage his strength on a consistent basis.

While he shows the mobility necessary to zone block, his timing, technique, and awareness are not up to par. He has the foot speed to get to the 2nd level and outside the numbers and once he gets square, he shuffles his feet well to stay with the block. His timing hurts his ability to establish correct body position, often lunging which compromises his balance or having late or misplaced hands which allows the defender to get into his chest and win the leverage battle.

He often runs with high pads and bends at the waist which compromises his ability to transfer power. In space, he seems unaware of backside pressure and does not continuously look for work. When he establishes proper initial position, he does show some ability to sustain, but this position is not accomplished regularly enough to demonstrate NFL zone blocking potential.

While he has the prototypical size and mobility to be a good pass protecting tackle, his form and timing is holding him back from being a reliable pass protector. He has a good initial step and can get back to his set point quickly to fire his arms with good punch strength. Lack of punch timing can cause him to overextend and bend at the waist or allow the defender to get into his chest and push him back off balance to dirty the pocket. His high pads and lack of elite ankle bend do not allow him to anchor effectively and a weak inside foot allows him to be beaten with inside counters.

He does show a competitiveness to recover when beaten, but his limitations in change of direction can inhibit his recovery ability. Stunt awareness is one area where he shows good competency and patience, able to use his strong punch to seal inside before getting back to the looping defender well. Overall, he has the frame and foot quickness for an NFL pass protector, but his technique and timing need a lot of work.

Palczewski is on NFL radars because of his frame, strength, and foot quickness. Unfortunately, his timing, awareness, and technique are simply not up to professional standards at this point. He would fit best in a gap scheme due to his power at the point of attack, but his pass protection technique is simply not up to standard. It’s possible that with the right coaching, his skills could improve to the level of a competent backup tackle.

With the premium on offensive tackles in the NFL, a team may take a flier on his physical attributes late in the draft, but he is more likely a PFA.

With the Big 10 cancelling their football season, individual drills during all-star games such as the Senior Bowl will reveal if his technique has improved and carry a lot of weight on draft day.