This season the SEC will have four new head coaches, 14 new coordinators, and eight first-year starting quarterbacks, including five offseason transfers. That would be a tough slate to predict under normal circumstances, but with spring practice canceled, campuses being shut down from March til June, and gauntlet 10-game conference-only schedules in 2020, it looks like we’re in for a wild ride.

That kind of unpredictability is a double-edged sword. Making picks, especially early on, will be a challenge but the same can be said for setting odds. Over the first three weeks of this season lines have been incredibly erratic, moving as much as four, five or even six points by kickoff.

There should be plenty of opportunities to fade the public while with inflated spreads.

For this week though, I’m going betting on continuity and talent in the SEC with one surprise pick thrown in. With so much roster turnover and so many players in new systems and new roles, I’ll be relying on 247 Sports 2020 Team Talent Composite Rankings to gauge the overall talent on each team.

In their last four season openers, Alabama has outscored opponents (USC, Florida State, Louisville, Duke) by an average of 35.8 points and have gone 4-0 against the spread, covering by 23 points per game.

Mac Jones is entering his first full season as a starter for Nick Saban but he started the final six games of 2019 after Tua Tagovailoa’s season-ending injury, and led an offense that averaged 45.5 points per game over that stretch. He should have no problem picking up where he left off with Najee Harris.

Jones also has the best tandem of receivers in the country in Jaylen Waddle and Devonta Smith on the outside.

On defense, Alabama is two and three players deep with four/five-star players, and has projected future first-round picks at all three levels.

Missouri had a solid defense in 2019 and have three returning starters voted Preseason All-SEC. But they have a long way to go on both sides of the ball to compete with Alabama. The program is in good hands with Eliah Drinkwitz but his first game coaching in the SEC won’t be a pretty one.

Lane Kiffin is facing an uphill battle as the first-year head coach of an Ole Miss program that is only two years removed from a two-year bowl ban.

As if the circumstances entering year one weren’t challenging enough, Ole Miss has gone through the preseason with as many as 27 players unable to practice due to positive COVID tests or close contact with people who tested positive.

Coming off a 4-8 season, 2020 is clearly a rebuilding year in Oxford, but that shouldn’t stop the Landsharks (I think?) from scoring some points this year. Between Kiffin and offensive coordinator Kendal Briles, Ole Miss has two of the brightest offensive minds in the SEC and college football.

It’s yet to be seen who will start at quarterback, but both sophomores Matt Corral and John Rhyse Plumlee have starting experience from 2019 and both have the potential to be very good if not great players in the SEC.

The defensive side of the ball is a bigger concern. Seven starters return from a defense that ranked 82nd in the nation in points allowed, and while they should improve with experience it is going to take more than a year for defensive coordinator D.J. Durkin to construct a defense that can compete with the top teams in the conference.

Florida is one only four SEC teams entering 2020 with the same head coach, offensive and defensive coordinators, and starting quarterback that finished the 2019 season, and that alone is almost enough for me to pick them Week 1 against Ole Miss. The fact that the returning starter at quarterback, Kyle Trask, is the best player at his position in the conference and one of the best in the country, made it easier.

Kyle Pitts, the best tight end in the SEC, and most of the Florida defense that ranked 7th in the nation in points allowed will all be back too.

Dan Mullen has led Florida to 10-plus wins in both of his first two seasons at Florida. His teams rarely underachieve and he doesn’t like Ole Miss. The Gators role to a lopsided win in Week 1.

LSU beat Mississippi State 36-13 in Starkville last season, which is respectable and almost impressive on Mississippi State’s part considering what LSU did to other teams (including the SEC) on their schedule in 2019.

LSU’s departures from 2019 have been well documented (14 players drafted, five first-rounders, and a handful of opt outs). There is bound to be some drop off from last season, but there is plenty of talent left in Baton Rouge to field a top-10-caliber team. After two seasons behind Joe Burrow, redshirt junior Myles Brennan, a former four-star recruit, will take the reins at quarterback under Steve Ensminger and new passing game coordinator Scott Linehan.

He will be relying on an offensive line with four first-year starters and he won’t have the services of star receiver Ja’Marr Chase. But between Terrace Marshall (13 touchdowns in 2019), freshman tight end Arik Gilbert (No. 5 overall prospect in 2020), and a stable of four and five-star running backs and receivers, Brennan has all the weapons he should need to light up the scoreboard in this season.

Five starters return on defense, including two of the best defensive backs in college football in Derek Stingley, Jr. and safety Jacoby Stevens. The front seven is as talented as ever but it will look quite a bit different in 2020. There is a change in personnel and scheme, going from a 3-4 defense to a 4-3 under first-year defensive coordinator Bo Pelini.

On paper this should be an easy win for the Tigers, but Mike Leach has seen this scenario his entire career. At every stop he has beaten blue blood programs with rosters full of players those programs had not recruited.

His Air Raid system is built for undersized, less talented teams to compete with bigger, faster, stronger opponents and Saturday is the first time LSU and Pelini have seen it. It looks complex from the outside and keeps defenses on their heels, but it is simple and easy to install and learn.

Each of the last two years, Leach had fifth-year transfers at quarterback, and both led the nation in passing yards in their only seasons starting at Washington State. He will have another in 2020 in Stanford transfer K.J. Costello. Costello’s career at Stanford was disrupted by injury but he has NFL talent.

He also brings the experience and leadership needed on a team with a very talented but inexperienced group of receivers. Mississippi State will play at least eight different receivers, keeping fresh legs on the field while trying to find the best combination.

Defenses also have to find a way to stop one of the best running backs in the SEC in Kylin Hill.

If the Bulldog defense can force a turnover or two and the offensive line can even somewhat hold their own, I think Costello will have enough protection to get the ball to Hill and his receivers. I like Mississippi State to keep it within 16.5 points

This could be either the best pick I make all season, or the worst. 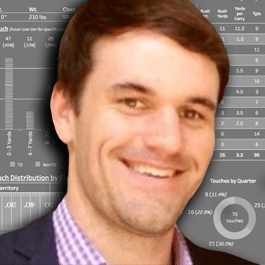