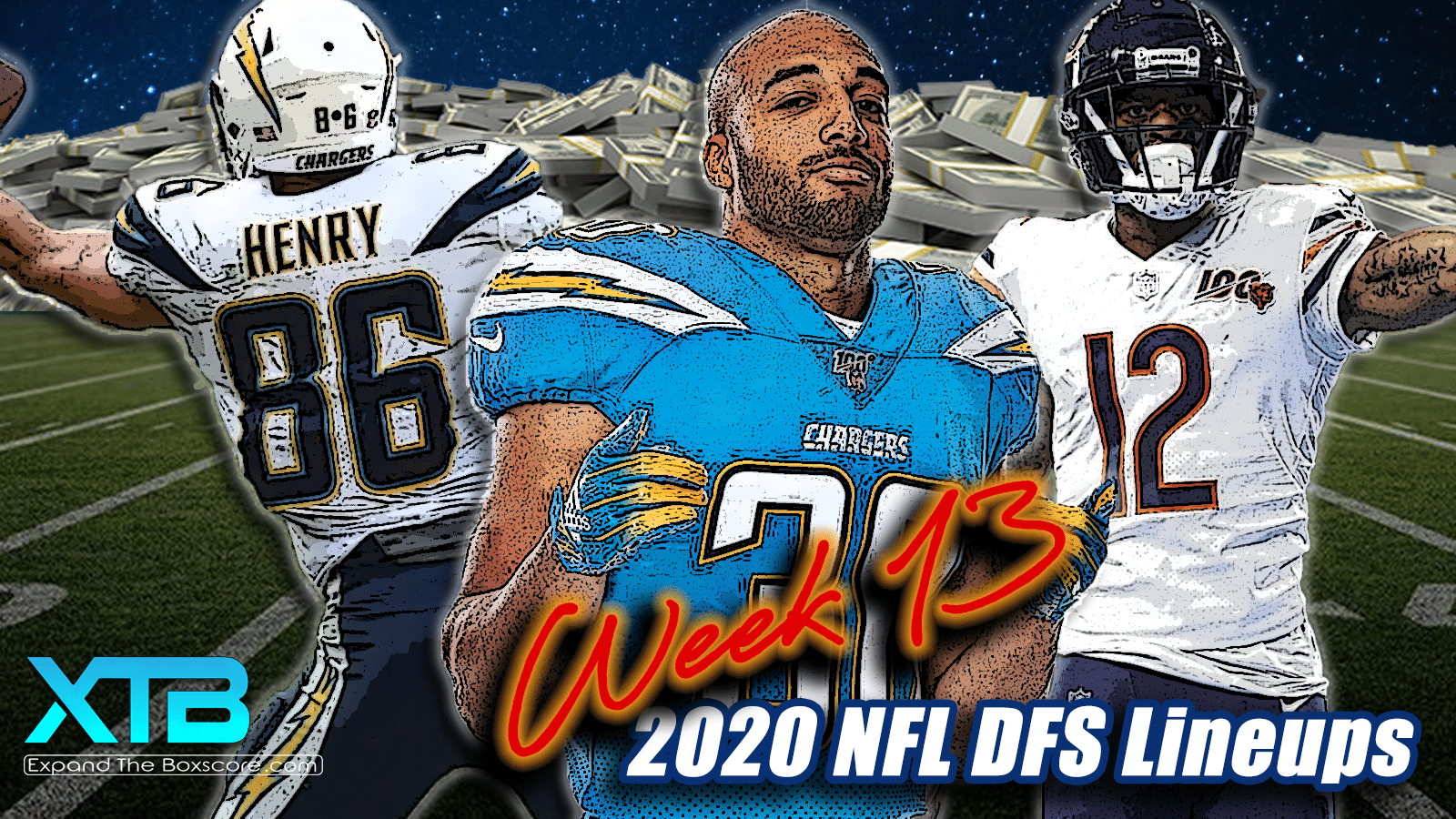 Week 13 has finally arrived, and another fantastic week of some great daily fantasy matchups to take advantage of.

This week Arizona Cardinals quarterback Kyler Murray is my top play as he faces off against the Los Angeles Rams. Kyler Murray struggled last week against Bill Belichick and the New England Patriots, but with the Cardinals looking to remain playoff contenders, this is the perfect time for Murray and the Red Sea to get things going on offense.

Murray and the Cardinals are long overdue for a good performance and what better time to do it then against a divisional foe in the Rams. The matchup that most will talk about will be Rams cornerback Jalen Ramsey shadowing star Cardinals wideout DeAndre Hopkins, but do not let that fool you in this matchup. Murray has all the other offensive weapons at his disposal in the passing game, so do not be surprised to see Christian Kirk and Andy Isabella have good games.

I like to play the guys in good matchups and in what should be shootouts, and this game definitely has both. I am looking for Murray to catch fire again this week and with the playoffs just a few weeks away, Murray needs to play like he is in the MVP discussion. Kyler will go for 300 yards passing and 50 more on the ground with four touchdowns!

Austin Ekeler is my top play at running back for Week 13. Ekeler returned Week 12 after missing two months worth of football, and boy am I ready to get him back into my lineups. Ekeler returned to action last week against Buffalo and logged a healthy 11 receptions on 16 targets! I am salivating at the Herbert-to-Ekeler connection.

This week L.A. is going up against a tough Patriots defense. The Chargers offense will have the perfect game plan to counter the Patriots disciplined defense, and should let Justin Herbert play it safe and check it down to his safety valve in Ekeler. This week can be a repeat of Week 12, but with positive touchdown regression this go-around.

Ekeler is the Swiss Army knife of the Chargers and he can easily have a game with 50-plus yards on the ground with another 75-plus yards receiving and a couple of touchdowns. Do not shy away from this matchup just because if that pesky Patriots defense.

Allen Robinson is my top wide receiver play for week 13. The Chicago Bears finally fed their star wideout last week against Green Bay, getting him 13 targets that he turned into eight catches for 74 yards and two touchdowns. It is no secret how big of fan I am of Robinson and it has been a shame to see how Chicago has utilized him this season.

After last week I am very excited to see Bears head coach Matt Nagy continue to scheme up a game plan to get him the ball more and more as the season concludes. This week Chicago takes on their division rival Detroit Lions, who have struggled mightily at slowing down opposing wide receivers this season. The Lions are currently in the bottom third of the league in pass defense and last week Detroit gave up a monster 35-point performance to Texans star wide receiver Will Fuller.

Chicago is playing with its season on the line the rest of the way. If the Bears have eyes on the postseason, then they need to simplify the playbook and feed their star. I can see 10 catches for 100-plus yards and two more touchdowns.

I am all in on the Los Angeles Chargers and I am also rolling with Hunter Henry as my top daily fantasy tight end this week. While the home matchup against New England can be worrisome, the Pats will be too preoccupied on slowing down Keenan Allen and the Chargers vertical passing attack, which means plenty of check-downs in this one.

The rapport Herbert and Henry have is one of the top quarterback-to-tight end connections in the league. Since Herbert took over as the starter, Hunter Henry has averaged nearly seven targets per game and over 10 fantasy points per game. In a year of tight ends being very inconsistent, that is a great floor to have. I expect the Chargers to play mistake-free football and get back into the win column in this one.

Herbert’s big arm may have to be held in check, but that will not stop him from finding Henry and Ekeler several times throughout the game to keep the chains moving. Hunter Henry week is here and he is going for seven catches, 70-plus yards, and a touchdown against New England.