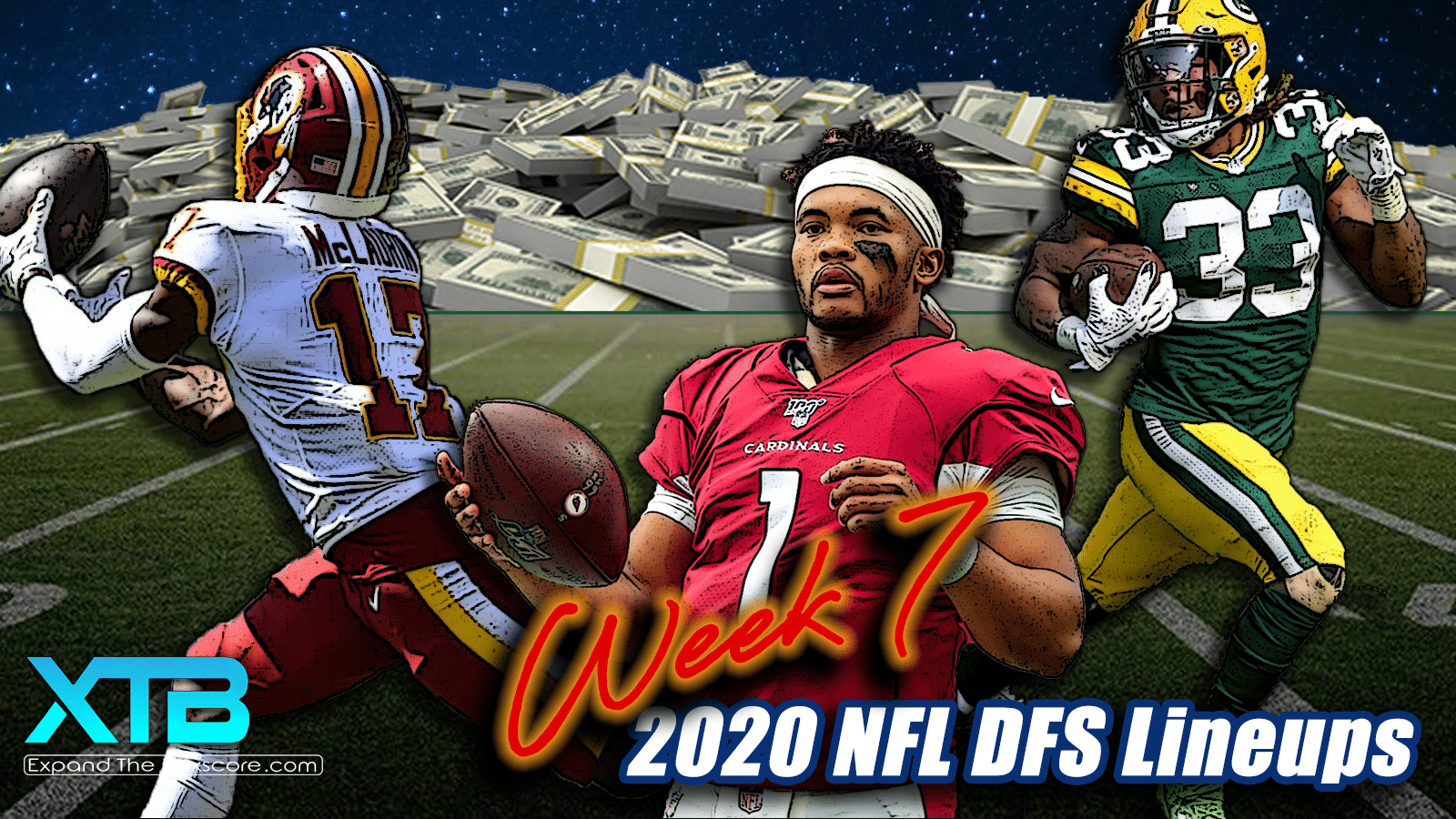 Week 7 of the NFL season has arrived and with it comes a few more spicy and enticing daily fantasy matchups. With XTB’s new and improved DFS tool, you can have full access to all the great tools that I use to set my lineups on Sunday.

My success this season is all thanks to this tool, it has everything you need from the salary cost of each player to their points per game average and expected points projection for each matchup. It’s literally every daily fantasy player’s dream. All the numbers, stats and info you need is just a click away.

Here are a few great players this week that will get you some money in your pockets on Sunday.

Kyler Murray is coming off in outstanding performance last week against the Dallas Cowboys. Week 7 Murray and the Cardinals face off against the Seattle Seahawks. So far this season Seattle is giving up 370 passing yards per game to opposing quarterbacks. That is by far the most in the league. Murray and the Cardinals are a high octane offense that thrives on the quick passing game and Murray’s ability to extend plays with his legs.

This game projected to be one of the highest scoring games of the week, so expect Kyler Murray to be slinging it all game long and attack that vulnerable Seahawks secondary. Russell Wilson versus Murray will be must-see TV and I have always believed that Murray is at his best on the biggest stage. He is undefeated at his hometown Cowboy Stadium at all levels of football.

Murray will go out and show he can go toe-to-toe with the league’s best and put up a slate-winning performance. He is going for 300 through the air and another 50-plus on the ground with five total touchdowns. He is my top daily fantasy quarterback this week and I promise you he will not disappoint.

Aaron Jones is the big daily fantasy winner this week as he faces off against the Houston Texans and their terrible run defense. Currently last in the NFL at stopping the run, Houston will allow Jones to feast this Sunday and light up the Texans. Jones has been one of the top fantasy running backs the past couple of years because of his great vision and his ability to turn any carry into a touchdown.

With Houston continuing to struggle this season (last week gave up 200+ rushing yards to Derrick Henry), Green Bay will take full advantage and exploit their defense throughout the contest. Jones has already produced RB1 numbers this season, a trend that will continue in this game.

Jones will be looking for a bounce back game and this is the perfect one to do it.

Terry McLaurin has had a rollercoaster start to this fantasy season. The guy has the potential to be one of the league’s best but has not been given a fair chance to show off his talents with the revolving door at the quarterback position. So far in 2020, he has caught a ball from three different quarterbacks in just six games.

With the chaos and lack of rapport with the trio, McLaurin is producing a solid and respectable stat line each week. As Washington’s primary pass catcher and playmaker, this week’s game against Dallas offers McLaurin a chance to really stuff the stat sheet in a favorable matchup. Washington has been trying its hardest to feed Scary Terry the ball with 58 targets through 6 games so far.

Dallas has struggled on defense through six weeks, giving up over 400 yards per game. I expect McLaurin to really cash in and torch the Cowboys secondary all game long. It is a rivalry game and these games have always been close and entertaining ones.

As a Cowboys fan this season has not gone as I had hoped. The defense cannot stop anyone right now and I expect McLaurin to put up over 100 yards receiving and to score a touchdown.

A little spice here with my top play at tight end – I am going with Detroit Lions tight end T.J. Hockenson. Detroit hits the road this week to face the Atlanta Falcons, who are 31st against opposing tight ends. Hockenson has become one of Matthew Stafford’s favorite red zone targets as of late.

This game will have plenty of points scored and for Detroit to stand any chance, they must keep up with Atlanta’s high powered offense. Daily Fantasy is all about finding that player or two that can give you those little extra points, to get you over the hump from having another average lineup to hitting the big one.

Hockenson is my guy and I think he cashes in and scores twice. That could be the difference in winning and losing. He is my daily fantasy tight end pick of the week and he should be yours too.