At the quarter mark of the season and with injuries abound, it is increasingly vital to look at future matchups and usage for fantasy football. Here we will look at several wide receiver targets that could turn out to be more than just waiver adds.

Starting off will be two receiver options going head-to-head this week in recently activated Jeff Smith of the New York Jets and Andy Isabella of the Arizona Cardinals.

Jeff Smith’s first appearance in 2020 started hot with him garnering 95% of the snaps against the Denver Broncos; Smith lead his team in snaps, as well as the NFL with 73 snaps overall. Smith finished second on the team in targets (9), second in receiving yards (81), and averaged over 11 yards per catch on his seven receptions which were tied with Jamison Crowder for first on the team.

While Joe Flacco will get the starting nod this week Smith is still worth a stash due to the Jets’ injury woes at wide receiver and his instant implementation into the offense despite a short week. Breshad Perriman also appears to be on track to return and could look to recreate the brief connection he and Flacco shared in Baltimore.

Smith is rostered in 1% of leagues, so stash him as Perriman has not been the model of health throughout his career. What Smith lacks in stature he more than accommodates for with his 4.3 speed and route running knowledge as a former QB. The Jets offense will be featuring Flacco this week, but that should still leave plenty of opportunity for Smith to do tandem damage with Crowder.

After a mixed performance against the Panthers, the Arizona Cardinals should rebound versus the Jets and several opponents afterward. Brett Rypien was able to amass 240-plus yards and two TDs versus the Jets secondary without the services of Noah Fant or K.J. Hamler. The Cardinals did not have a single wide receiver surpass 50 yards receiving last week but Kyler Murray went 7-for-7 in the red zone with three touchdowns.

While Andy Isabella’s role has been reduced with the return of Christian Kirk, the Cardinals still employ four-receiver sets 16% of the time. That ranks second in the league behind the Buffalo Bills. Larry Fitzgerald’s slot alignment percentage has decreased over the pass four weeks in an inverse relationship to Isabella’s so we should be seeing more and more Isabella.

Isabella currently leads the Cardinals wide receiver group in touchdowns and yards per reception. He also has the longest play of the season at 54 yards and has the only multi-touchdown game on the season. While Isabella’s opportunities have been limited, he has capitalized on them and could supplant Kirk if he continues to be ineffective.

The Cardinals’ next five opponents are the Jets, Cowboys, Seahawks, Dolphins, and Bills. Those teams rank 15th, 23rd, 32nd, 28th, and 27th in pass yards surrendered. These are all favorable matchups coming in the next few weeks, but this team will need to establish its identity on offense, hopefully with Isabella.

The Cardinals need to outdo the explosive passing units of the Cowboys, Bills, and Seattle twice in the next six games.

While the change at quarterback from Mitch Trubisky to Nick Foles has been the most noteworthy change on offense, there has been an under the radar emergence in Chicago with rookie receiver Darnell Mooney. Mooney’s snap percentage has increased weekly from 32%, to 60%, 62%, and 72% against the Colts where he out-snapped Anthony Miller. He also posted a career-high in snaps, targets, yards, and receptions.

Mooney has quietly become the number two wide receiver and should look to become a favorite weapon of Foles if he continues his ascendance. The Bears’ next four opponents are the Bucs, Panthers, Rams, and Saints, all formidable secondaries with legitimate top corners, but their number two corner should be in for a pleasant surprise against this rookie.

At the moment, Mooney is second on the Bears in aDOT at 12.9 yards, third on the team in yards (145), and the best stat of all – no drops. Anthony Miller leads the team with three. Another encouraging number for Mooney is that the Bears rank inside the top five in pace; their quick alignment and his 4.38 speed should allow them to exploit more matchups as the season progresses.

Hamstring injuries have been prevalent all year long and it is an injury that can plague a player all season. That could be the case Julio Jones finds himself in. After reinjuring his hamstring against the Packers Monday night, it was not Calvin Ridley who saw an uptick in performance but rather Olamide Zaccheus.

This was not his first time replacing an injured wide receiver as he filled in for Russell Gage after he sustained a concussion against the Bears two weeks ago. In Week 3, Zaccheus recorded four receptions for 41 yards on six targets once Gage was injured. Against the Packers, he recorded eight catches for 86 yards on nine targets, which were all team highs.

Every player above him on the depth chart has been banged up at some point this season, and with the Falcons on pace to lead the league in pass attempts for a second year Zaccheus is an obvious stash in that high volume offense. Zaccheus has demonstrated time and time again that he has Ryan’s trust and why would he not?

Zaccheus’ first NFL reception went for 93 yards, which is also Matt Ryan’s longest career touchdown completion. Hard to think this offense could get any more explosive but it has done that with Zaccheus being integrated. Zaccheus is currently rostered in less than 5% of leagues. Should any of the top three receivers miss time Zaccheus is a more than able fill in.

All of these wide receiver options are currently rostered in less than 10% of leagues, but you should add them now before the waiver wire gets ugly. 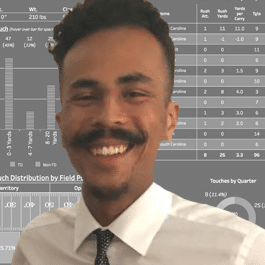