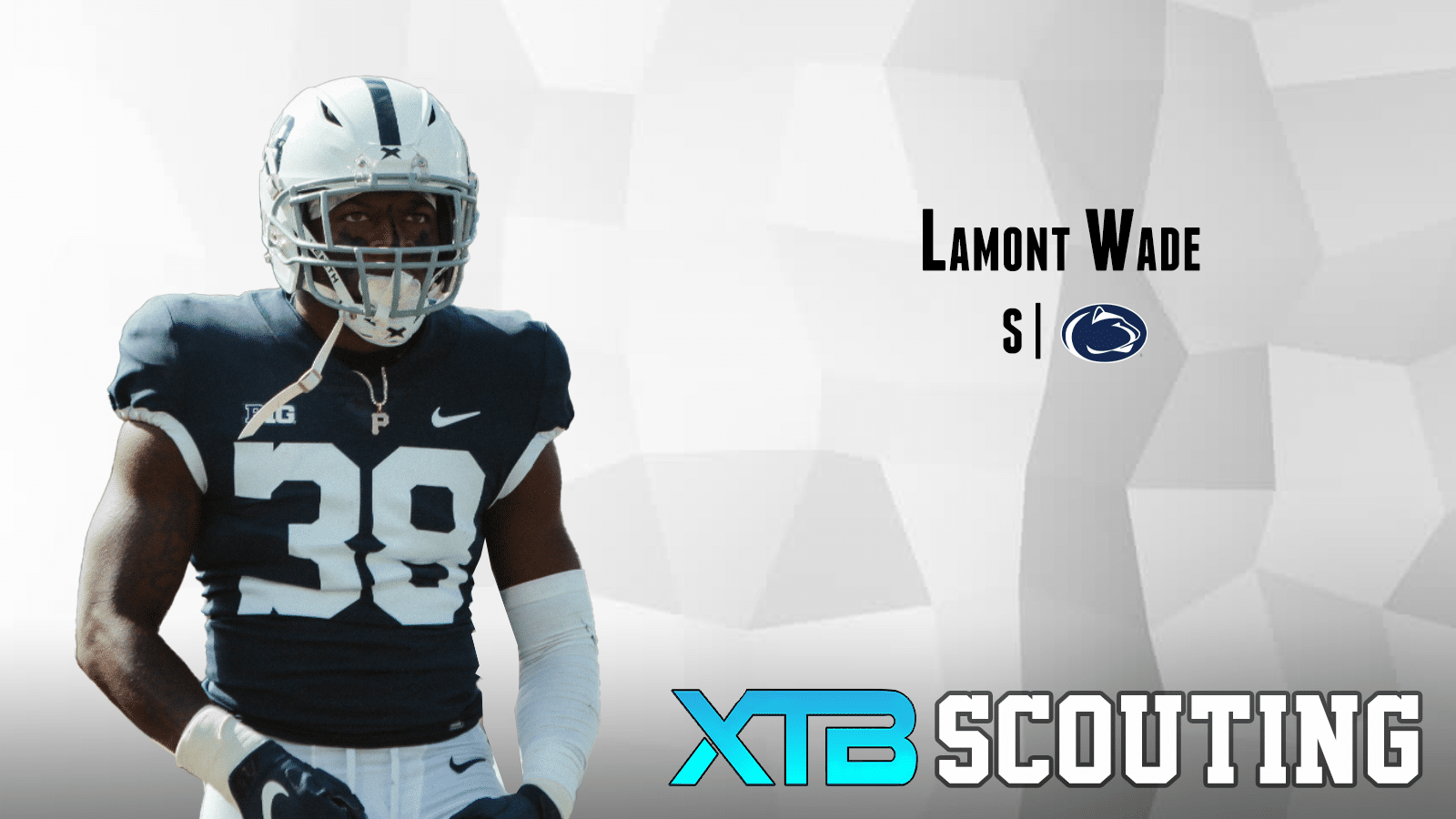 A consistent, undersized box safety with the ability to play nickel who struggles to tackle in the open field

Lamont Wade is a talented and accomplished safety for Penn State who excelled primarily as a box safety with nickel ability. Penn State rarely asked him to play single high, but when he did he was satisfactory in the role. Wade diagnoses run plays effectively and has shown the ability to make game-changing plays in important moments. This was most evident against OSU in 2019 where Wade had a critical fumble recovery to keep Penn State in the game, and immediately caused a fumble on the next drive. He will hope to continue his impressive showing in big games in the vaunted Big Ten next season.

– Extensive time in multiple positions at Penn State. Comfortable playing in the box or at nickelback
– Coverage abilities are sufficient enough for nickel duties
– Quick to diagnose screen passes
– Not afraid to come up and attempt tackles with the most physical of runners
– Ability to rush the passer on outside blitzes
– Diagnoses runs quickly, allowing for quick run defense at or near the line of scrimmage
– Shows the awareness during tackling to cause fumbles and attack the ball
– Has a penchant for making game-changing plays

– Tendency to overrun ball carriers in the open field
– Can get flat-footed when trying to tackle in the open field
– Missed tackles all too frequently, usually due to jukes or spin. Rarely missed tackles due to being overpowered
– Can struggle to keep up with slot receivers due to lack of long speed
– Did not particularly shine in man or zone coverage and was exploited occasionally by crafty route runners
– Doesn’t have the range or speed to play single high at the NFL level

Wade projects as a solid, versatile, and undersized safety in the NFL. His struggles to make open field tackles limits his draft stock, but he diagnoses run plays very quickly and effectively and attacks at beneficial angles. This could make him a critical run defender, and combining that with his versatility to play nickel will allow him to hold serious value on an NFL team. Teams will covet his big play ability on fumble recoveries and outside blitzes. Wade’s strengths don’t excel in today’s NFL game, but teams still need run defense. Expect Wade to be a solid NFL DB drafted early on Day 3.

If Wade can develop his ability to tackle in the open field, he’ll greatly improve his NFL outlook. Look for Wade to also improve his coverage ability in 2020, which hasn’t been a liability, but could be improved upon nonetheless. If Wade can continue to put up impressive stat lines in critical games, it will prove that he is a clutch player. Look for Wade to dominate slot receivers as a nickel, because his ability to cover slots will greatly determine his viability in that role on the NFL level.