Andy is a jack of all trades in the Fantasy Sports industry, covering both football & baseball, as well as the NFL Draft. He has written, edited, podcasted, and produced over 1,000 videos for his various series, in addition to dozens of guest appearances and collaborative pieces.

He has been a top ranker on Fantasy Pros for both Football (23rd in 2018), and Baseball (7th in 2018). An avid fan of mining for MLB prospects, Andy is a native New Yorker, who has served as a firefighter in the FDNY for the past 18 years and counting. 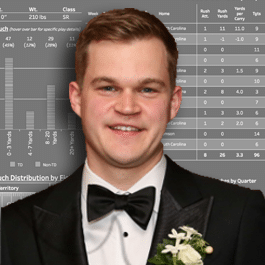 A native of Chicago, IL, Brian had been providing sports data and content for the past seven years. An avid fantasy football and baseball player, his goal as a content creator has always been to get data into the hands of the reader and present it in a way to help make an informed decision.

When not watching or gambling on sports, Brian works in the analytics department for a Chicago insurance company. 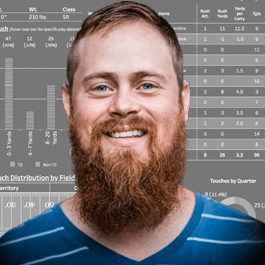 Evan Hoffpauir lives in the midwest, and has been playing fantasy since 2001. A Dynasty football fanatic and graphic designer, he is able to blend his two passions together to help lead the graphics direction with Expand The Boxscore. You can find Evan hanging with his wife and three boys, and playing all types of sports in his free time.

Josh was born and raised in Abilene, Texas. He loves all sports, especially football of every level. He is our Social Media Manager, and hopes to #ExpandTheBrand.
Follow on Twitter

A lifelong Fantasy Football fan, Matt graduated from the University of Wisconsin with a degree in economics in 2016. Working in fantasy for the past three years, Matt specializes in NFL and College Football DFS. In the off season, Matt works on the NFL Draft and best-ball leagues.
Follow on Twitter

Jon Helmkamp is a lifelong sports enthusiast and avid writer. A Seahawks fan, living in Arizona with his wife and two children, he enjoys family time and copious amounts of coffee. Helmkamp brings experience as a contributing writer at www.12thManRising.com, and is the developer of the Rush Ranking tool for tracking Running Back success by direction. He will be writing content focused on NFL Fantasy Football.

Steven is host of the Hot Take Podcast, which can be found on the Full Time Fantasy Podcast Network. Steven has been a Fantasy Analyst for two years, and in that time has written for RotoXperts and Fantrax. He began his career in Sports Journalism/Content Producer as an intern with Lakers Nation, where he covered the Los Angeles Lakers for the 2014-15 season.
Follow on Twitter

Born and raised in Green Bay, Wisconsin, Alec is a hardworking writer who enjoys thinking outside the box. He prides himself on providing a unique perspective of writing to the fantasy sports world through data-based research.

His current passion is writing NBA and NFL DFS columns. His DFS speciality is Showdown GPP’s, and has nicknamed himself the Showdown Scholar. Outside of the fantasy sports world, Alec is on the brink of earning his Bachelor’s degrees and entering a career path of a High School Social Science Educator.

Alex is an experienced and successful fantasy player from Boston. He specializes in NBA, NFL, and PGA, and has been a writer in the industry for the last four years. Known as Hunta512 across the DFS industry, Alex is also a reliable Twitter source that is always there for advice. He and Steven Toroni co-host the NBA podcast at Expand The Boxscore and will be giving us NBA fantasy picks and takes all season long.
Follow on Twitter

Jonathan has always had a passion for sports writing and data analysis. This interest quickly developed while playing college soccer in Virginia Beach.

While he is interested in all sports, his favorites are NCAA basketball, the NBA, and the NFL. Born and raised in the Philadelphia area, Jonathan currently resides in Richmond, Virginia. If he’s not playing golf, he is most likely cheering for any and all Philadelphia sports teams.