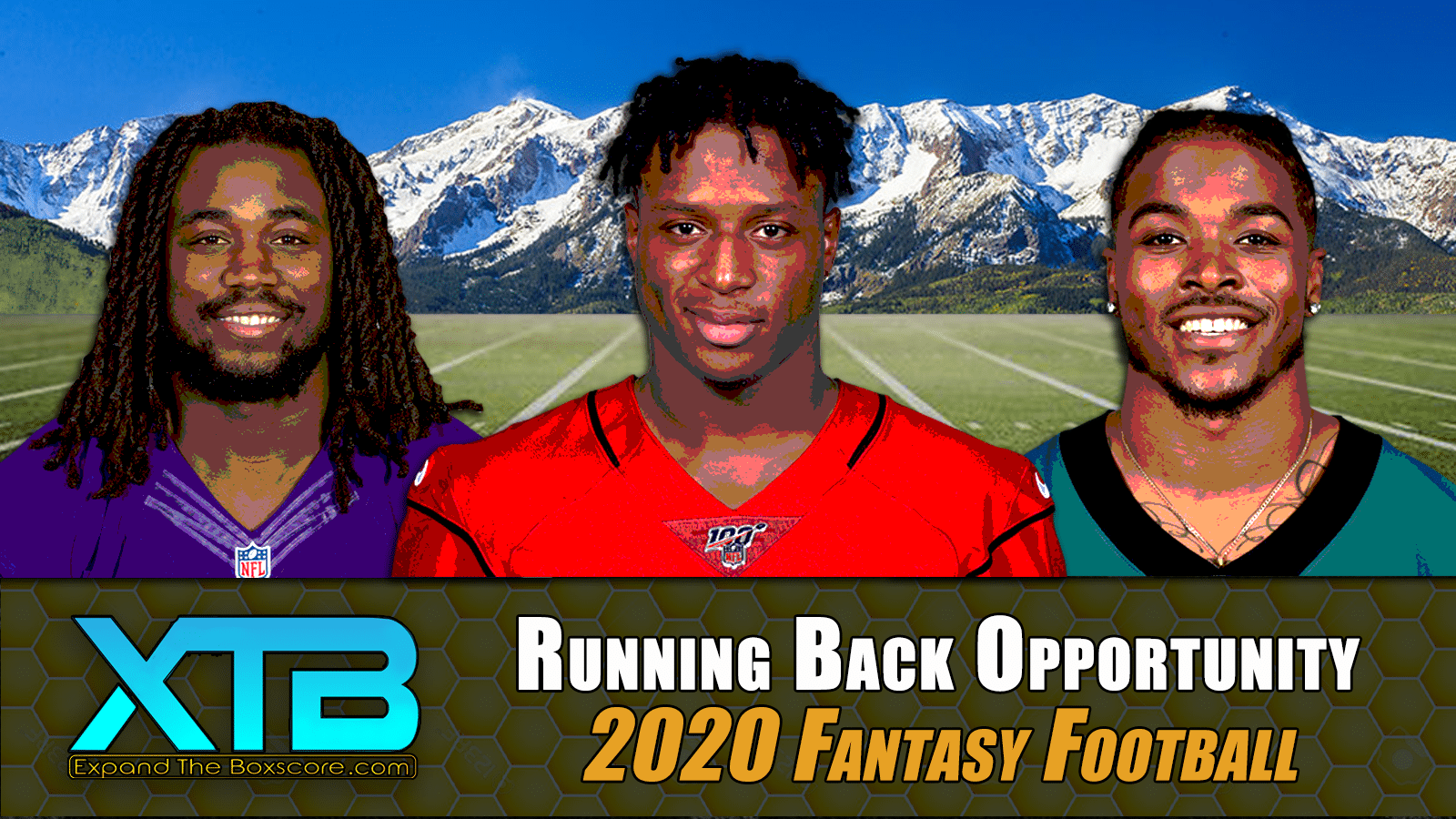 24 Jul The Running Back Opportunity Analysis

Welcome to the Running Back Opportunity Analysis

Are you sick and tired of not finding breakouts, values and sleeper running backs? I sure am! This is why I took a deep dive into what makes an elite running back.

The first thing I found out was the running back position is as volume dependent as they come, and a good way to know this is reviewing touches to fantasy points. Last season, of the 32 running backs that averaged double digit fantasy points in .5 PPR only two didn’t average double digit touches on the season.

Those 32 running backs average 14.2 points per game on 17.4 touches. Touches are king to producing top level fantasy running backs, but most of those high touch guys are going in the first two rounds.

So how do we identify other ways to find value? This led me down a path to find metrics to identify players who perform at high level on a per snap and per touch basis that might be walking into more opportunities this season. Identifying these players who performed well in these metrics could help us find value in fantasy drafts.

Here is how the Running Back Opportunity Analysis works.

Pro Football Focus has two metrics, Points Per Snap and Points Per Touch, that helps us dive into how well players perform when on the field and when they get touches. When combining these stats we get a metric that provides an interesting view point on how well a player does when he’s given playing time, and when he gets the work as well.  The reason for combing these stats: players can have lower snap rates, but high usage when on the field and visa versa.

In some cases this inflates part-time players’ stats and doesn’t give us an accurate idea of the top running backs when looking at them individually. However, when merging these metrics (points per snap and touch), the top players rise to the top in almost all cases. We will call this The Running Back Opportunity Metric (RBOM).

For example, in 2018 there were some of the obvious names that had double digit touches and performed well in RBOM: Christian McCaffery, Todd Gurley, Saquon Barkley, Nick Chubb, Kareem Hunt, Melvin Gordon, and Alvin Kamara. In 2019, most of these players excluding Kareem Hunt (suspension) and Melvin Gordon (holdout) were taken in the top two rounds of drafts and performed well when healthy.

What about the less notable names that performed well in RBOM in 2018 but were not drafted in the top two rounds.? These players included Derrick Henry, Aaron Jones, Mark Ingram, Kenyan Drake, and Austin Ekeler. All these players performed well above expectations in RBOM and were given additional opportunities in 2019 that allowed them to outperform their ADP.

There are exceptions as some players failed to live up to expectation in 2019 after performing well in this metric the prior season. These players include Matt Breida, Kerryon Johnson, and Tevin Coleman. In most of these cases it was more due to injury then on-field performance.

Over the next few articles we will be looking at all the top performers in RBOM in 2019 to see where we can find value in 2020. These articles will be broken down by tiers to identify the top running backs along with some sleepers and values heading into this season. We will take a deep dive into all the changes each player will have heading into 2020, and if some of the players in the lower tiers could see more opportunities.

Below is the criteria for each tier. Every tier will contain elite players who performed at the highest level in RBOM, and honorable mention for those who performed well above the league average but slightly below the elite level.

Tier 1 – Running backs who see over 20 touches per game while still performing well in RBOM. This group should continue to dominate in 2020 as they have elite usage and efficiency.

Tier 2 – Running Backs who saw between 15-19.9 touches per game who performed well in RBOM. These running backs range from RB1 to flex RBs who could take a leap into the tier 1 with a bump in volume in 2020.

Tier 3 – Running Backs who saw 10-14.9 touches per game who performed well in RBOM. This tier is where we can find mid-to-late round gems in the 2020 draft. It is important to evaluate this tier to see if they are in line to get more touches this season. Typically these players were in timeshares in 2019, and could be looking at a larger role in 2020.

Tier 4 – These are players who were under 10 touches a game who performed well in RBOM. Players in this tier have proven to be productive when given the opportunities. If we hear any off-season buzz about them getting more playing time, then we should move them up draft boards.