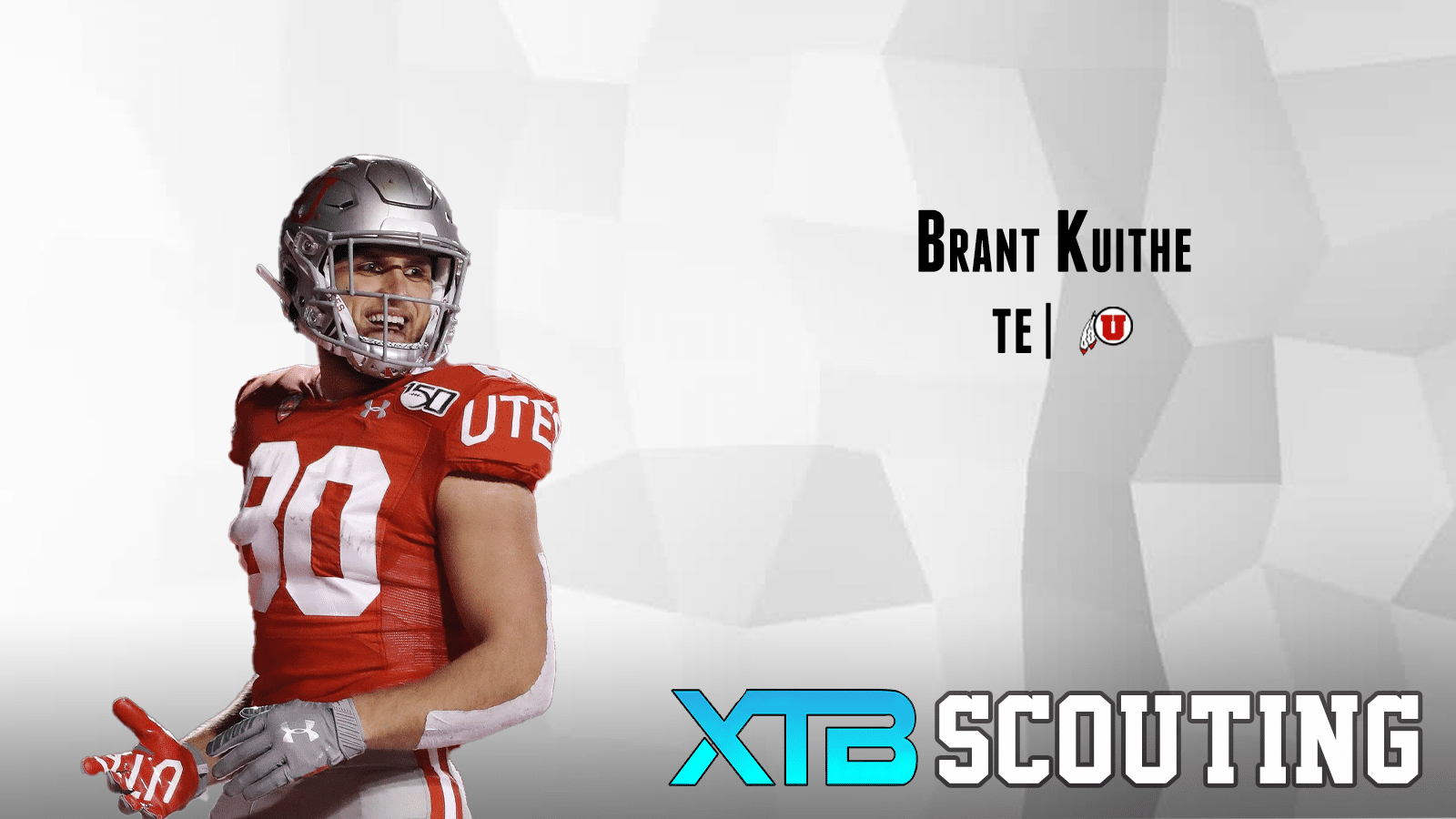 Solid overall athlete with the foot speed to run away from DBs, above average change of direction ability and good balance. Is not particularly explosive off the line of scrimmage, but has the agility to be effective in space.

As a blocker, Brant Kuithe has the agility and change of direction desired in a zone scheme, able to patiently and consistently get square with defenders in space and at the 2nd level. While he has good mobility, his technique and play strength are lacking at the point of attack. He struggles with punch timing on the run, either lunging for the defender and compromising his balance, or allowing the defender into his chest before extending his arms. This marginal timing coupled with high pad level, minimal hip roll, and below average lower body strength prevent him from effectively sustaining his blocks. He has shown an ability to be effective coming across as a split zone blocker and has demonstrated positional flexibility by lining up as a fullback, but blocking will not be his calling card at the next level.

In his release, he shows solid change of direction ability to get out and around the defender, though he can allow hands on and be held up in press. He can struggle to fight through jams at the top of his route, lacking the necessary play strength and hand usage. Against off-man coverage, he has the foot speed to challenge the defense vertically and understands leverage well, shading his route away from his break to create space. He shows smooth hips to speed cut and has the bend to hard cut as well, though he can struggle to accelerate out of his hard cut. Against zone coverage, he has the awareness to find seams and shows a good spacing understanding on scramble drills.

His athleticism allows him to adjust well to balls outside his frame in all directions, with an impressive ability to extend and come down with balls above his head and the hand strength to make contested catches. After the catch, he transitions well into a runner, with the burst to get upfield quickly and change of direction ability to elude DBs. He fights hard for extra yardage with competitiveness and is not easily taken down due to his contact balance.

Kuithe projects best in a zone scheme due to his mobility, but will struggle to sustain blocks based on his lack of timing and play strength. He has the adjust ability and hand strength to come down with contested balls, but his struggles against press and lack of explosiveness out of his breaks will make it hard for him to gain separation at the next level. Without improvements in these areas, he will likely be a back of the roster TE who has shown he can contribute on special teams.

With the speed and hands of a receiving TE, a team may draft him late as a project, but he can certainly use more time in college to develop. If he declares this year, look for him to go late Day 3.

With the Pac 12 cancelling the fall season, a spring season may still be in the cards. If so, look for Kuithe to improve his blocking technique and hand usage against press.