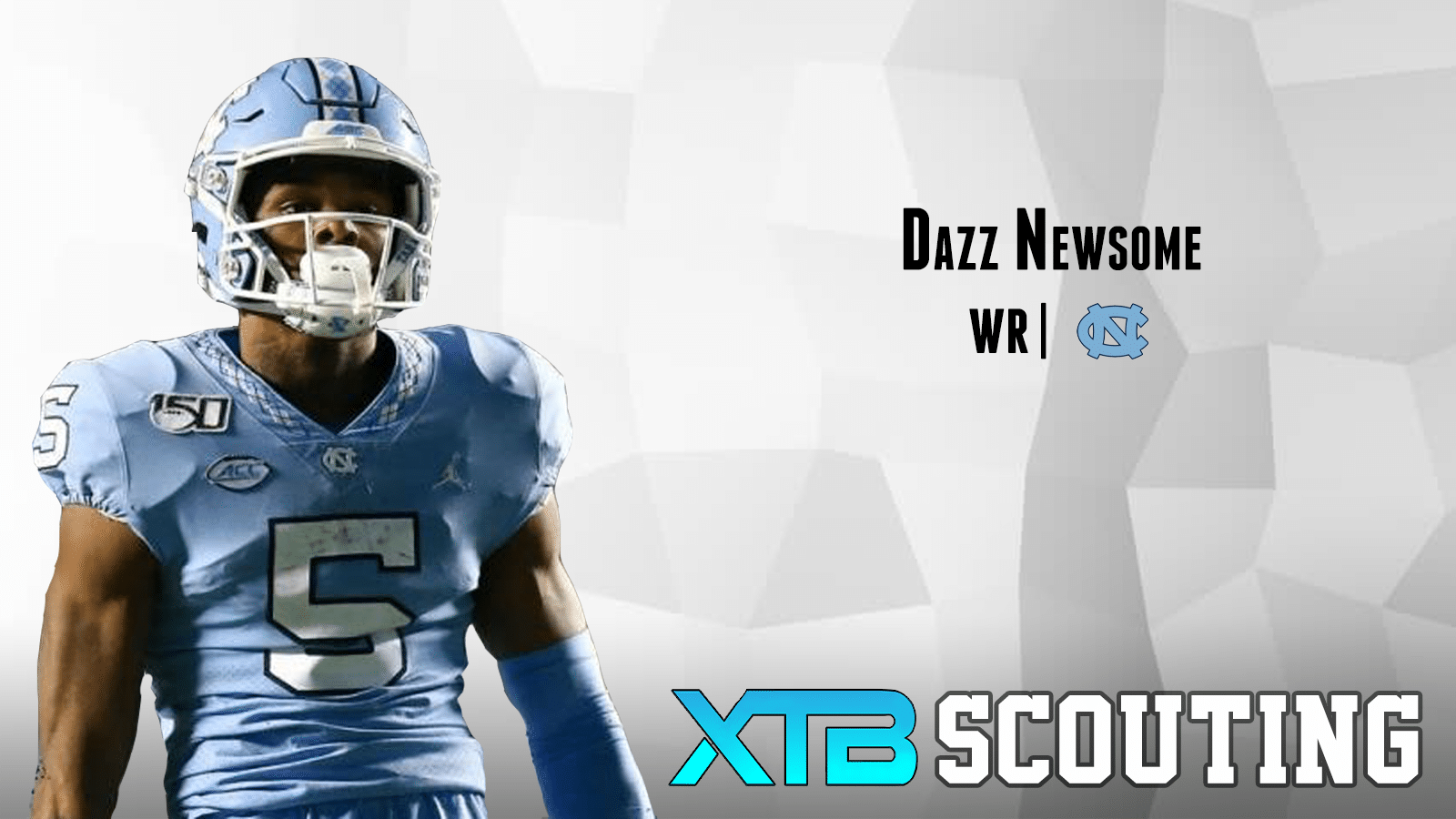 A savvy, deceptive slot receiver who makes an impact as a route technician, vertical threat, and clutch third down option

Dazz Newsome is the primary slot receiver in North Carolina’s RPO-heavy spread scheme. He and Dyami Brown form the Tar Heels potent inside-outside WR duo, with both receivers coming off seasons of over 1,000 yards and 10 touchdowns. Newsome became a contributor in the slot his true freshman season, growing into the team’s primary offensive option by his junior year while getting some experience as a returner along the way. He wins with deception and shows serious juice in and out of his breaks.

– Savvy route runner who varies his route speeds and find holes in zone coverage
– Clutch factor. Makes big plays in important situations
– Legitimate RAC threat due to initial upfield burst, decent shiftiness, and ability to power his legs through contact
– Able to separate at the top of his routes with sudden/explosive speed cuts
– Deceptively and subtly manipulates leverage of opposing DBs
– Has experience winning in scramble situations
– Utilizes a polished rocker step to separate vertically
– Very willing blocker who shows a good motor and plays with above average competitive fire for the position

– Relatively sure-handed, but pulls in too many body catches
– Limited experience against press coverage
– His combination of strength, hops and catch radius are inadequate for a jump-ball threat
– Struggles when challenged by stronger DBs who interrupt his path
– Shows good tracking ability, but tends to lose his balance at the catch point on deep balls

Newsome projects to remain in the slot at the NFL level and will provide whoever drafts him with a reliable third-down option and credible deep threat. With his advanced understanding of route running and craftiness to find openings against zone coverage, Newsome will likely be more pro-ready than many of his peers. While he is a good athlete, teams will likely pass on him early in the draft in favor of his more athletic contemporaries with higher ceilings. Newsome will not likely be asked to play as a gadget guy at the next level, and he may not have the deep speed to beat disciplined safeties over the top, but his dependability and route running skills should help him carve out a long career. In a deep receiver class, expect Newsome to go early on Day 3, with a chance at creeping into the Day 2 conversation.

How much with Sam Howell’s growth impact Newsome’s numbers? Howell was inconsistent as the Tar Heel’s true freshman QB in 2019, and it may have held back Newsome, who was open constantly on film even when he didn’t receive the ball. Newsome’s continued development as a route technician will be fun to monitor as well. Considering that his deceptive moves have already terrorized his opposition, further maturation could take him to the next level as a prospect.