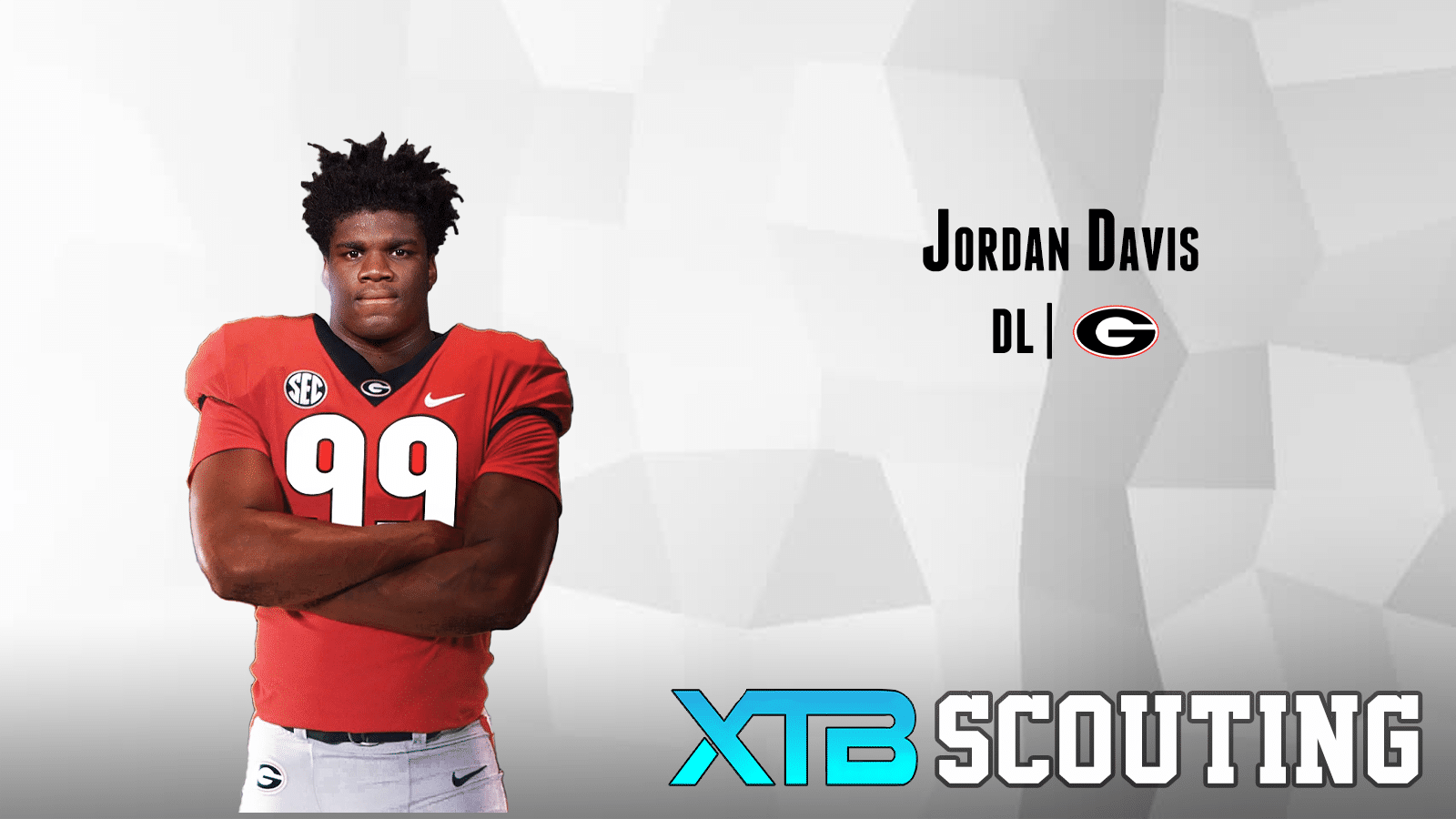 A massive force on the interior who can reset the line of scrimmage, has genuine 2-gap ability, and displays good agility for his size

Jordan Davis returns to Athens for his Junior year as a member of one of the top rushing defenses in the country. As a nose guard in Kirby Smart’s 3-4 hybrid scheme, Davis was a key piece up front for a defense that did not give up a rushing touchdown until Week 10, and only gave up two on the year as a whole. He started in 8 games and appeared in all 14 for the rotation-heavy Dawgs defense after being named a Freshman All-American in 2018. The former 3-star recruit will look to help the Dawgs repeat their success against the run as they once again look to contend for a College Football Playoff bid.

– 2-Gap ability. Can stalemate double teams and occupy opposing lineman for the entire play
– Strong initial punch with visible pop that shocks opponents
– Can reset the line of scrimmage and drive offensive lineman back
– Good bull rush that keeps opponents on their heels
– Flashes the ability to collapse the pocket quickly
– Gets hands up to disrupt the pass when he cannot get to the QB
– Comfortable with pre-snap stems and alignment adjustments
– Good lateral agility for someone of his size

– Get off is slow and lacks hip explosion
– Block shedding is not a smooth task and requires extra effort despite his strength
– Occasionally plays with a forward lean that compromises his balance
– Tendency to play with a high pad level, giving up leverage and making his job harder as a result
– Shows flashes of a solid push/pull combo, but needs refinement
– Overall pass rushing repertoire is lacking, and the fact that he’s rarely on the field in passing situations is not ideal
– Motor is not always there, though he shows spurts of exceptional effort with good results

Davis has some excellent tools at his disposal that can make him a rotational asset on the interior for NFL teams. He projects as a true Nose Tackle who remains between the guards with skills that be useful in both 3-4 and 4-3 schemes, though his best fit will be in a 3-4 where he has 2-gap responsibility. He will be limited to a two-down role due to his lack of a pass rush, but if he can capitalize on his athleticism, develop his repertoire and increase production, he could see an expanded role in passing situations. Teams looking for help up the middle against the run will find him available on Day 3.

Davis flashes great potential as an interior force, but needs refinement in several areas to fully capitalize on that potential. First and foremost is being quicker and more explosive off the ball will allow him to be far more disruptive from the start when paired with the shock value of his initial punch. Lowering his pad level will also help, as it will allow him to maintain leverage throughout the play in a much easier fashion. Improving upon his hand usage after the initial punch and refining his block shedding ability will be something to keep an eye on. Adding depth to his pass rush repertoire will help him expand his potential roles, but his main focus should remain in refining his run stopping ability. Finally, showing a more consistent motor and continually giving max effort will help separate him from other defensive line prospects as the draft approaches.