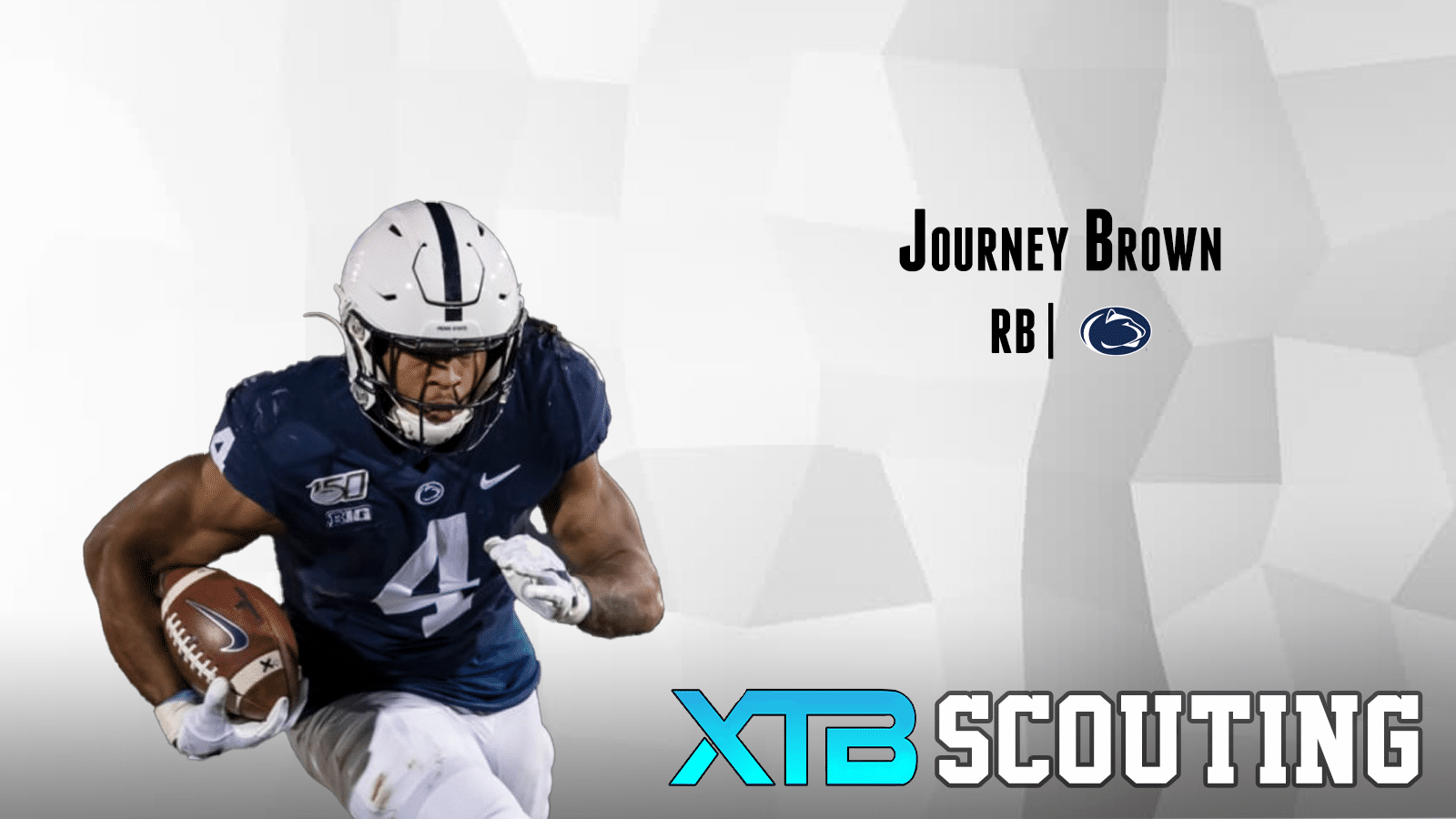 Journey Brown came to Penn State as a 3-star recruit and redshirted his freshman year. As a second year freshman, he had minimal impact, only seeing 9 touches in 8 games. In 2019 as a third year sophomore he accrued 1,024 yards on 144 touches and 13 scores. Brown and the Nittany Lions have run their notoriously zone-heavy offense thus far but with the appointment of Kirk Ciarrocca, expect a change of pace. The new OC will bring a fresh look with his RPO-heavy offense, giving Brown a variety of run concepts.

– Blistering straight line speed allows him to run by defenders in the open field
– Notices oncoming blitzers quickly and executes pass blocks with necessary stoutness and willingness
– Strong legs allow him to churn out tough yards and break arm tackles
– Shows above average patience for holes to open up and terrific burst to get through
– Very good acceleration and deceleration. Only needs a few steps to hit top speed
– Protects the ball well. Has yet to fumble in his career (153 touches)
– Absorbs contact well. Rarely thrown off his course

– Minimal production and route tree in the pass game. Only 16 career receptions, and typically only used on dump offs
– Struggles to and will rarely attempt to make defenders miss in the open field with jukes or spins. Determined to simply sprint by them or run through them
– Will occasionally work himself backwards or into more defenders by trying to break a run loose for a big gain rather than take the sure yardage
– Will fight for yards, but rarely breaks away from tackles when wrapped up for big plays

With only one true season of play thus far, Brown’s stock will rely heavily on this upcoming season. As of right now, he projects best as a change of pace back off the bench in a zone-heavy scheme that will utilize his inside zone prowess. His limited production as a receiver and lack of ability to truly make the first man miss at the second level limits his day one ability. At the moment, he looks to be a late Day 2, early Day 3 selection who needs to expand his pass catching ability before increasing his role.

Brown possesses all the physical traits necessary for the next level, but lacks the production in key areas thus far to boost his stock. With Ciarrocca stepping in, Brown should be poised to get some new looks as a runner and receiver which will either prove his talent or expose bigger areas to improve. He will need to work on his open field elusiveness and 3 down ability in order to become a game changer at the next level. With the Big 10 season likely being pushed back to the Spring, if it happens at all, Brown may end up declaring early to prepare for the NFL combine, or could perhaps return to school for a future season.