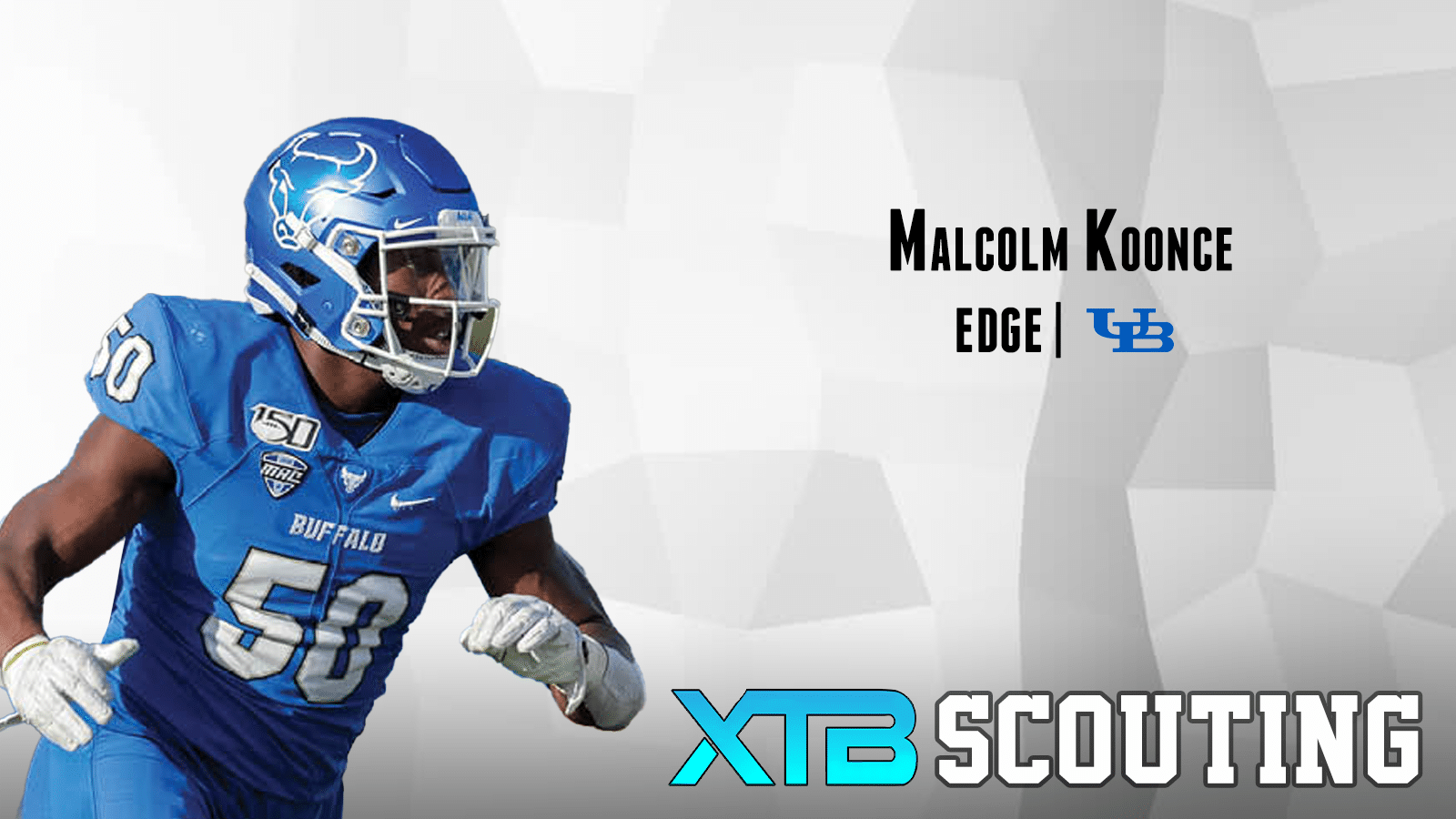 Malcolm Koonce is a starting edge rusher for Buffalo who is coming off his first season as a starter. Even though he was a first-year starter, he has seen playing time in each of his seasons with the Bulls. In Buffalo’s defense, Koonce plays as either the OLB in their 3-4 scheme or as a defensive end in their 4-3 scheme. Buffalo likes to switch it up defensively, so you can find Koonce playing both positions throughout a game. Last season, he produced 34 total tackles, 9 sacks, and 3 forced fumbles. As it is his last season in a Buffalo Bulls uniform, Koonce is looking to rack up the stats and boost his draft stock going into next offseason.

– Occasionally loses his balance due to narrow base
– Struggles to disengage from linemen of stronger competition
– Has a variety of pass rush moves to chose from, but rarely changes up the tactics he puts to use
– Recognizes plays as they are developing, but doesn’t possess the speed to rally in time to make a play
– Good motor to start, but as the game goes on his motor diminishes. Shows a lack of effort when chasing down ball carriers
– Limited experience dropping back in coverage
– Rarely uses inside counters as a pass rusher
– Takes bad pursuit angles when pursuing the QB or attempting to make a play on the ball carrier

Koonce possess the athleticism and intelligence to be a viable threat on the defensive side of the ball at the next level. However, his struggles when disengaging from blocks and lack of effort are two areas where he must become dominant to be a reliable pass rusher in the NFL. Koonce shows promise to become an NFL-level defender, but he will need to use his senior season to develop himself more on the field. Between his current abilities and his potential ceiling, Koonce projects to be a mid-late day 3 pick who could possibly end up as an undrafted free agent.

Will Koonce be able to prove that he can develop as a pass rusher and change up his pass rush techniques? Over his career, he has shown that he is equipped with a variety of pass rush moves, but he does not use them all very often. His go-to moves when rushing the QB are his speed rush and bull rush, while occasionally throwing a spin move into the mix. If he mixes up what moves he uses while rushing the QB, he can become a big threat to offensive lines. Additionally, can Koonce be more disciplined in his pursuit angles when he recognizes plays developing? It’s one thing to recognize a play as it’s developing, but it’s another to recognize and react simultaneously. Koonce lacks the latter. He needs to be able to pursue the ball carrier and take the proper angle to become a consistent playmaker.