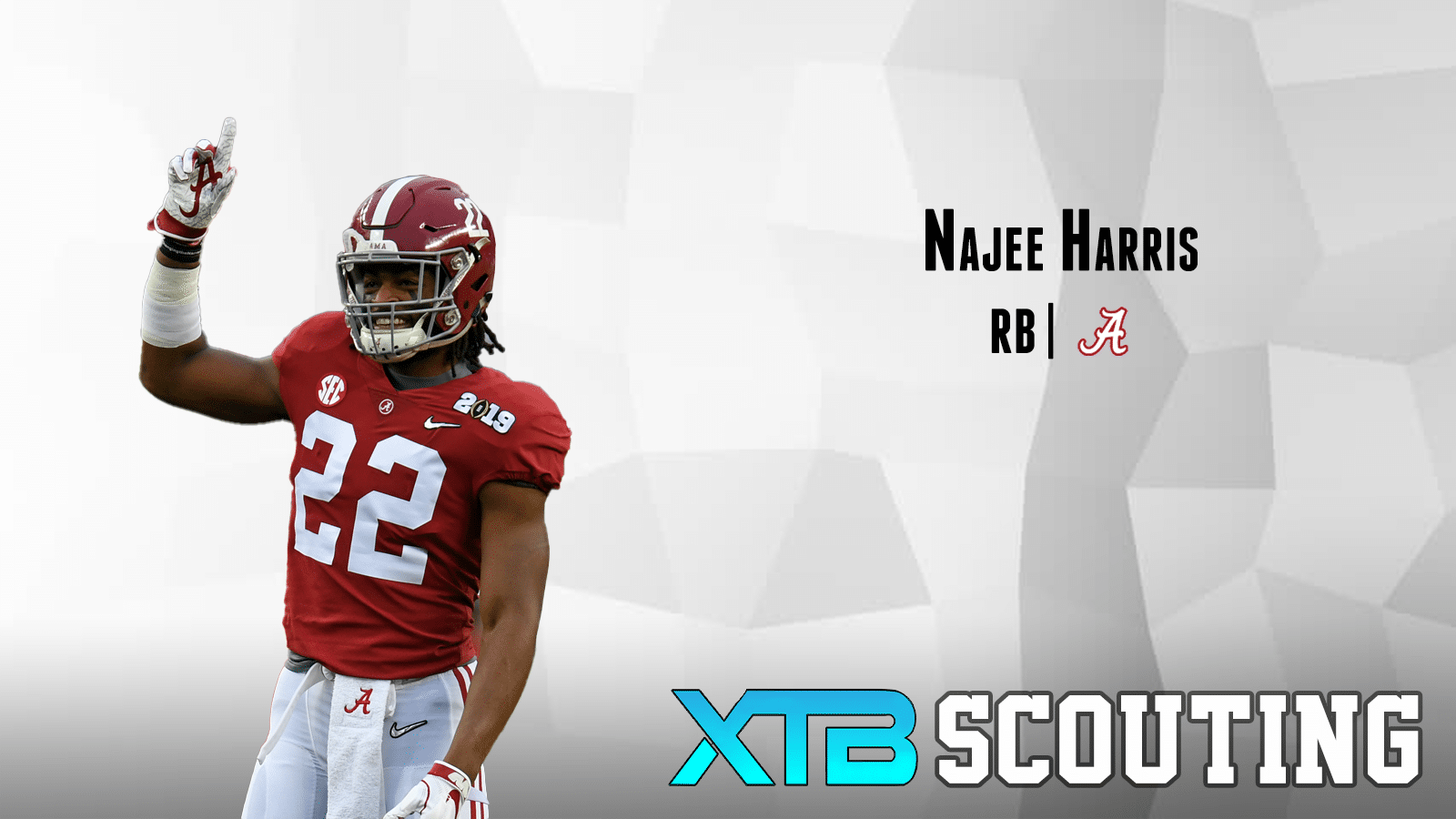 Najee Harris came to Alabama as a 5-star recruit and the No. 2 prep in the nation, and became a rotational contributor in Nick Saban’s evergreen stable of NFL-caliber runners as a true freshman. After a breakout performance in the National Championship game his freshman year, Harris’ role expanded as a sophomore, and he became the unquestioned leader in Crimson Tide running back room as a junior. Harris has experience running both zone and power concepts for Alabama’s spread attack, and his return as a senior was unexpected considering that he would have been one of the top running backs selected in 2020. Harris has developed from a pure power back to a legitimate three-down contributor over the past few years, and his development as a senior will be under close watch.

– Churns his powerful legs through contact to always fight for extra yards. Rarely taken down by the first defender
– A patient runner behind the LOS who lets plays develop and shows trust in his blockers before deciding what hole to run through
– Dynamic receiving threat out of the backfield. Routinely able to beat LBs to the flat and racks up YAC once the ball is in his hands
– Routes are crisp and sudden when he expects to be the primary or secondary target
– Off-hand is a serious weapon with a lot of power. Uses off-hand consistently and can throw defenders to the ground with it
– Adequate long speed, particularly for a powerful back of his stature
– Footwork is polished and efficient. No wasted movement and few false steps
– Tread on his tires is relatively minimal for a multi-year contributor (the perks of being an Alabama RB)
– Can stonewall blitzing linebackers as a pass protector with hip torque and sheer upper body strength

– Has some lapses in his vision when he misses obvious cutback lanes
– Has an affinity for seeking contact in the open field rather than heading for open space and extra yards
– Showcases an array of jukes and cuts that are all ineffective. Not an elusive back, and is at his best when he realizes that
– Heavy-footed player with merely average quick-twitch acceleration. Can’t just plant and go. Needs to build up speed
– Effort and motor is inconsistent when he isn’t directly involved in the play

Harris projects as a downhill power back who thrives in a power-running scheme and cashes in on goal line and short yardage situations. He’s also one of the rare power backs who can make a legitimate positive contribution as both a pass catcher and pass blocker. He will likely be early Day 2 selection on draft night and should become a high-end running back-by-committee member as a rookie.

Over the course of the 2019 season, Harris showed serious improvement as a pass catcher and became more decisive as runner. With that level of improvement, many expected him to declare for the draft as a junior, but he must have a list of things to improve on before he leaves Tuscaloosa. It will be interesting to monitor whether or not he can improve his ball carrier vision and consistency with effort. If he can improve his ability to win at the second level with elusiveness, he has a chance to be the first running back off the board.