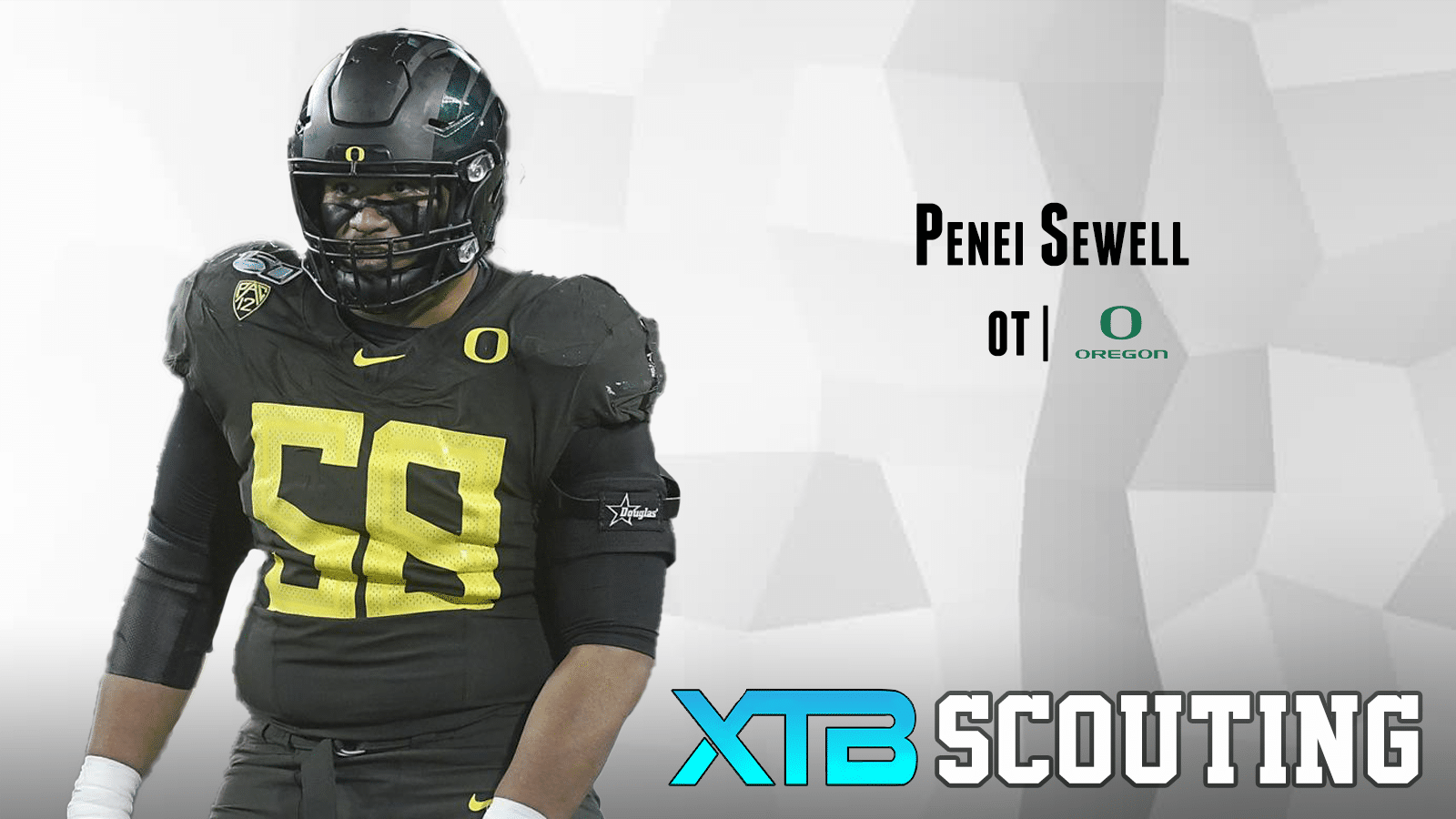 Elite athleticism for an offensive lineman. Penei Sewell has the foot speed and lateral agility to affect plays at all levels, showing superb balance to recover in rare instances when pushed off his base, and the change of direction ability to block even DBs downfield.

Dominant zone blocker who gets off the ball quickly while maintaining low pad level. He shoots hands effectively with impressive grip strength, allowing him to steer defenders and use his hands to set up his feet square. Sewell displays good timing on combo blocks, giving strong punch before flowing to the second level, where he can finish against LBs or DBs. On rare occasions he will commit his hands early while base blocking, allowing him to be beaten with change of direction. Sewell’s pad level can rise when moving to the second level, but his agility and strength usually make this fault a non-factor.

More than capable as a gap blocker, Sewell fires out with low pad level, keeping his back arched with good ankle bend to get under the pads of defenders with strong hands to fit. He rolls his hips and churns his powerful legs to knock back the defender and establish a new line of scrimmage. Once the defender is knocked back, he has the upper body strength to pull the defender laterally and finish. He has the quickness, lateral agility, and play strength to down block interior DL as well, slanting over several DL techniques with ease. Very effective puller, striking hard with his inside hand on contact, knocking the DE or LB perpendicular to the LOS and driving him further back.

His combination of athleticism, hand usage, and play strength make Sewell one of the best pass blocking prospects in recent memory. Has the quickness to fire into the chest of EDGE defenders via jump-set, or consistently beat the defender to his set point in a vertical set. The key to his success as a pass protector is his strong inside hand, which delivers a powerful punch to the inside shoulder of the defender, preventing counter moves and pushing him perpendicular to the LOS. He can then maintain arm extension with very good hand strength to keep the defender off his chest and use his hands to set up his feet square. Shows the ability to sink his hips with good ankle flexion to anchor and has the tenacity to re-fit his hands and re-leverage the defender.

Shows good awareness of stunts and ability to help in pass protection. He also has a natural feel for where to anchor to allow the QB to step up in the pocket. A tenacious competitor, he shows extra effort in clutch situations, consistently fights through the whistle, and is even more dominant following the rare instances when he is beaten.

Sewell’s combination of freakish athleticism, iron hand strength, and technical savvy will make him one of the top offensive linemen in the NFL from day one. Though his skills would be best used in a zone scheme, he can thrive in a gap-heavy scheme as well. He will be a dominant blindside protector in any passing scheme and will frustrate top EDGE rushers for years to come.

Just sit back and enjoy as barring unforeseen circumstances, Sewell will be an unquestioned top pick. It will be fun to watch face him Joe Tryon, one of the top EDGE prospects when Oregon plays Washington on 10/3. Too bad this season’s matchup against Ohio State didn’t come one year earlier.

A generational offensive line talent, Sewell has the skills to go number one overall, though a certain QB from Clemson may get snatched up before him. A virtual lock as a top two pick.