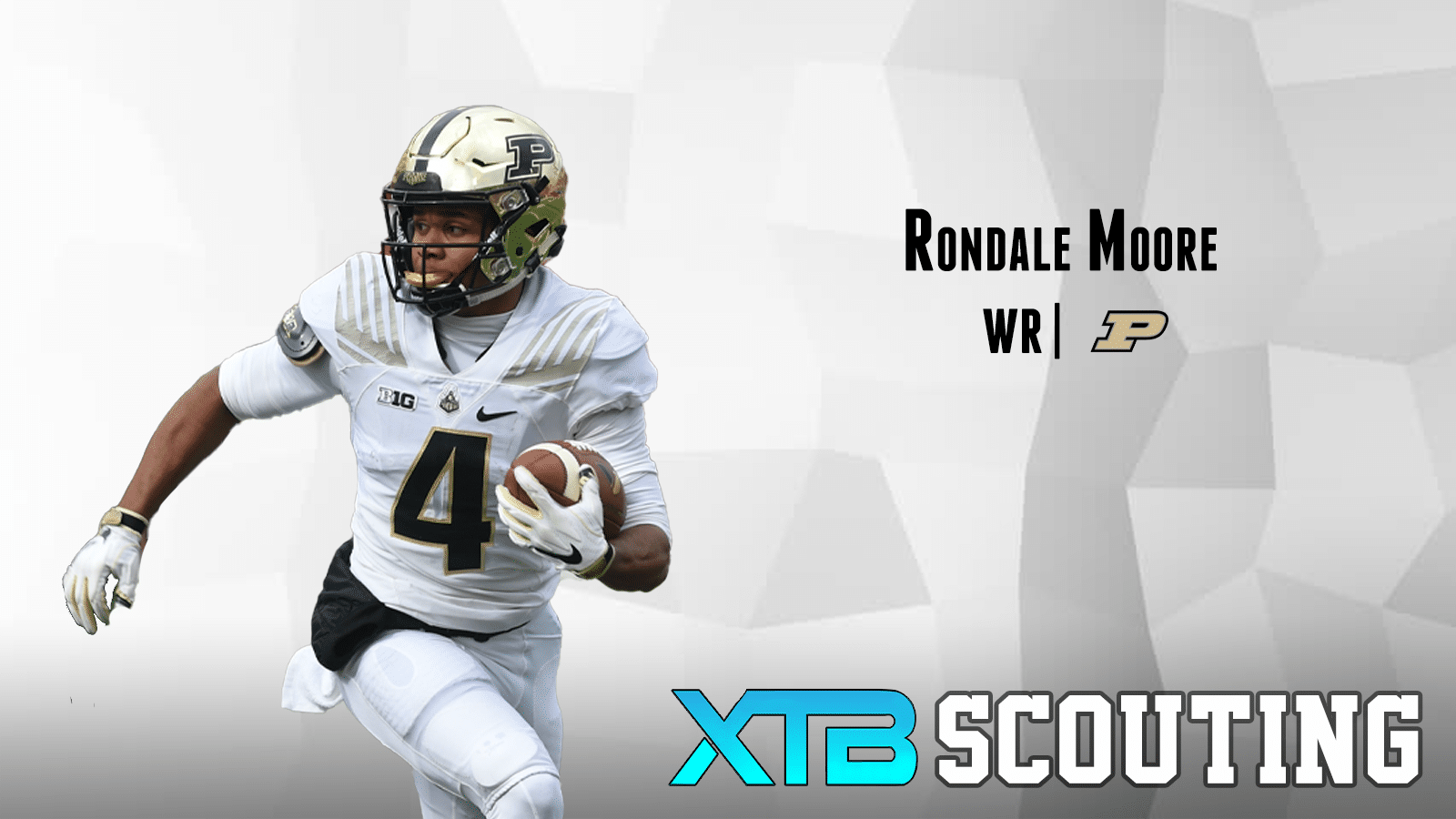 One of the most athletic prospects in the class, Rondale Moore shows blazing speed (clocking a 4.33 40 time in HS), elite change of direction ability, and impressive balance. His quickness consistently stands out on tape and he is very elusive in the open field.

Quickness is far from the only way Moore wins off the line. He shows an impressive variety of moves, including straight release, inside and outside counter, double moves, and even showed a double hesitation move vs Vanderbilt, leaving the DB in the dust. Quick hands do not allow defenders to hold him up in press and he can use his hands to explode across the face of the DB.

His elite acceleration allows Moore to be very effective on his speed breaks, putting one foot in the ground and bursting into space. Leverage is a concept he understands very well, attacking the defender’s hip to turn before making his break. He shows the ability to separate at all three levels with an extensive route tree and is a crafty route runner. Good zone understanding, throttling down to settle in coverage seams and shows good awareness to extend routes on scramble drill.

He adjusts to the ball well downfield with good deep tracking ability, showing good body control to box out DB with his back on under-thrown go routes and use late hands to make the catch. On comebacks, he comes downhill aggressively and high points the ball well. He is prone to concentration drops, especially underneath, and can struggle to adjust to quick balls behind him. His small frame does not lend itself well to making contested catches.

Moore will give opposing DCs nightmares with his YAC ability. He transitions very well into a runner, can stop and change direction on a dime, and has very good balance to recover when tacklers do not wrap up. His pure home run speed allows him to turn underneath routes into big gains, and he flashes a solid stiff arm and spin move. He shows good aggressiveness to fight for extra yardage in clutch situations as well.

Moore is a quick twitch crafty route runner who has elite speed to go the distance at any time. He fits the mold of the ideal modern slot receiver and will be a match up nightmare at the next level. He can be prone to concentration drops underneath and does not have the frame to body defenders, but his elite quickness generates plenty of separation. He has the talent to be a top tier No. 2 WR from day one with high end No. 1 upside.

His speed and quickness make Moore a surefire 1st round talent. If he can show that his previous injury is a non-factor and have similar production to his freshman season, he may be a top 15 pick.

How will he recover from a season-ending hamstring injury suffered last season? If his speed is unaffected and he can improve on his concentration drops, he will be a big riser during the season.