In this week’s episode of the IDP 411, the gang goes over their Top 10 Defensive Prospects pre-combine and pre-draft. Along with just talking about the merits of the players themselves, we discussed some potential landing spots for them, and some player comparisons. We also unveil our new intro music provided by Samuel P. Make sure to follow, like, and subscribe to the podcast and leave a 5-star review! #IDPArmy

Don’t forget to subscribe to Expand The Boxscore to access our advanced NFL statistics, including the IDP Leaderboard, which helps you easily sort through players to filter who you should be targeting for your rosters. 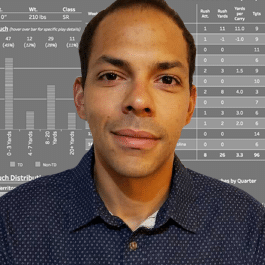