Week 8 of the waiver wire is great if you do not need running backs! I could start each column with this sentence, but I am not lazy enough (yet) to not be creative. Here are names to monitor and add to your fantasy rosters this week.

Teddy Bridgewater went to New Orleans and put up 254 yards and two passing touchdowns, which he has done now in three of his past four games. His Week 8 opponent? The Atlanta Falcons. Christian McCaffrey is not expected to play, so Bridgewater will look to spread the wealth for another week.

Despite two less than stellar opponents over the past two weeks, Derek Carr has balled out. He is averaging 288 passing yards per game this season, a career high. Carr has been largely efficient and has made irrelevant receivers waiver wire worthy (more on that later). He has three solid matchups over the next three weeks against Cleveland, the Los Angeles Chargers, and Denver.

I hate having to recommend Chase Edmonds because of injury. He had been nearly in lock step with Kenyan Drake for snaps prior to Week 5, and now Edmonds may be asked to take over the featured role. Injury news on Drake should be known by mid-week at the latest.

Joe Mixon’s injury is considered week-to-week, which makes Giovani Bernard a viable addition heading into Week 8. He thrived in a shootout against the Cleveland Browns in Week 7 and gets a shot at the Titans in next. Tennessee allows 130 rushing yards per game, 10th most in the NFL.

The Jets are awful, but La’Mical Perine is finally getting a shot to play. Perine was out-snapped 60-39 by Frank Gore, but the two had 11 carries each. Perine also caught two targets in Week 7. At his low ownership and with a chance to get close to 20 touches a game going forward, Perine deserves a roster spot.

Injuries lead to opportunities, and Carlos Hyde could be in line for a full workload if Chris Carson’s foot injury is serious. Hyde is a must-add off the waiver wire being attached to the Seattle offense.

Why not? Ezekiel Elliott has been fumbly and the Cowboys are searching for any light in their infinite darkness. You could do worse!

Rashard Higgins is a route technician that has a quarterback that does better with timing routes. It showed once Odell Beckham Jr. was hurt, who is now out for the season. It is difficult to gauge Baker Mayfield’s performance after beating up a bad Bengals defense, but we have seen Higgins play well with Mayfield-esque QBs.

The uber-athletic receiver played well in his first extended look. Donovan Peoples-Jones will get a chance to thrive in three-wide sets going forward without OBJ.

The rookie is good and gets the Seahawks next week. Next.

Coming out of a Week 8 bye, Randall Cobb gets the Jaguars and Browns. Cobb has 17 receptions over his past three games after starting the year catching 13 over four contests.

Corey Davis returned from COVID with six catches and a touchdown. The Titans offense cannot support more than two receiving options per game consistently (Jonnu Smith had 1/9 in Week 7), so Davis has volatility when he is played.

Eric Ebron had a season-high six catches on eight targets and should see his fair share of targets. His only issue is the Steelers feature three excellent receiving options and a starting running back that gets his through the air.

Kyle Allen is finding Logan Thomas and the preseason hype is paying off! Tight end on the waiver wire is a cesspool, so the play of Thomas should be more than enough for a roster spot on your fantasy team.

If Austin Hooper misses Week 8 because of his appendectomy, fire up Harrison Bryant. He logged two touchdowns Week 7 and played ahead of veteran David Njoku.

Albert ‘O’ has 13 targets over the past two games and may have caught former college teammate Drew Lock’s eye while Noah Fant missed time with an ankle injury. He may not be a waiver wire must-add, but he is no worse than a must-watch in Week 8. 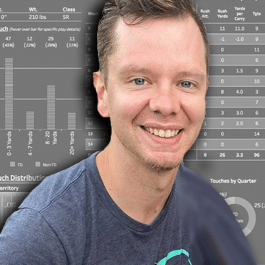