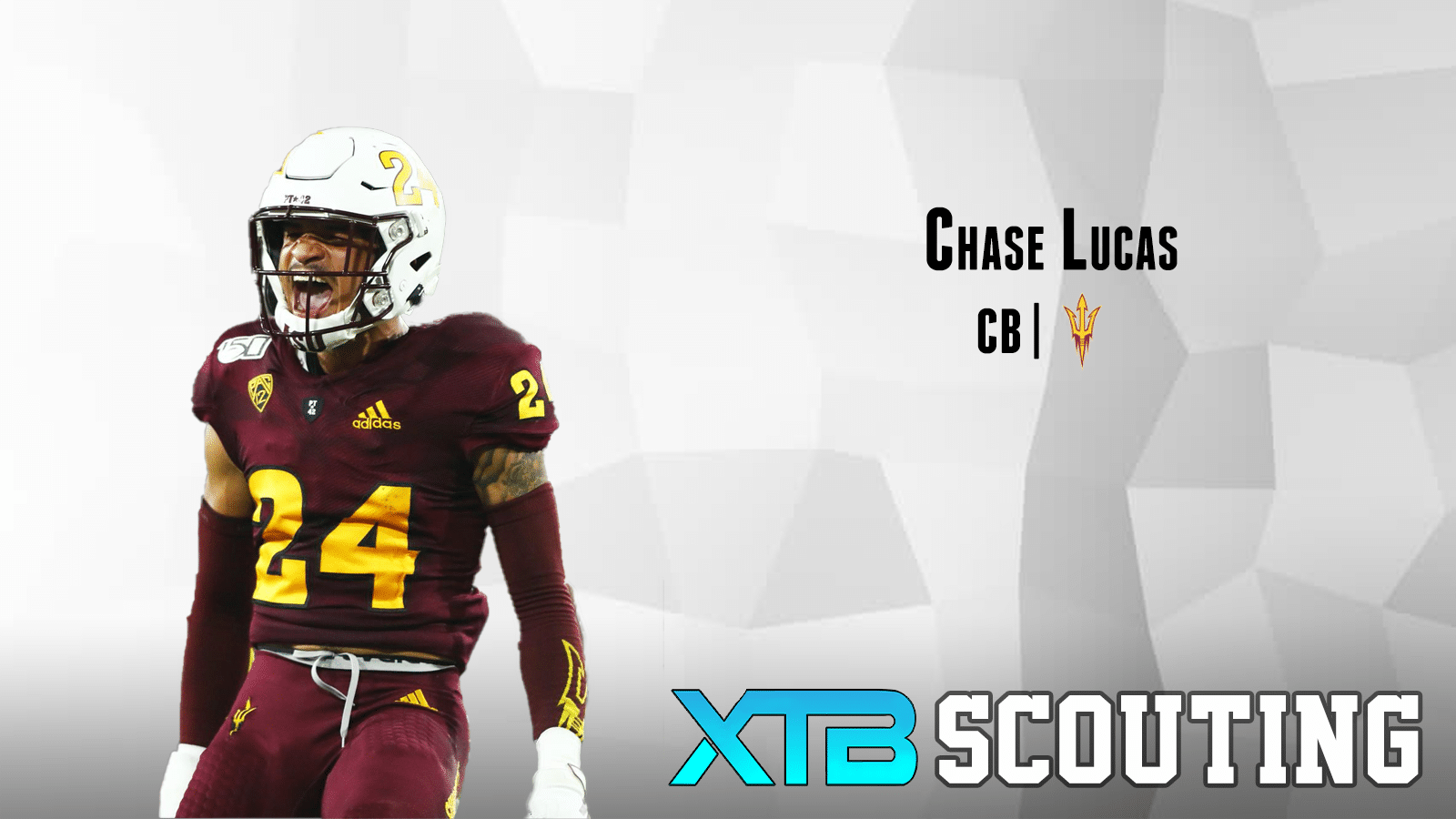 Chase Lucas has been a starting defensive back for the Sun Devils since his freshman season. He has played in 38 games while starting in all but three. His strong play his freshman season earned him PAC-12 Second Team honors, but his level of play hasn’t been the same since. In Arizona State’s 4-3 defense, most of Lucas’ snaps have come from the cornerback position while seeing limited time at the safety spot. After a less-than-stellar performance in 2019, Lucas is looking to bounce back and finish his collegiate career on a high note.

– Transitions with ease. Able to go from backpedaling to running with his receiver in one fluid flip of the hips
– Football IQ in zone coverage. He passes off receivers to the next zone, but before leaving that receiver, he makes sure a teammate is there to pick up that receiver in coverage before continuing to patrol his designated zone
– Disciplined with his eyes by keeping them on the QB while in zone coverage
– Sniffs out screen plays quickly
– Excellent timing on pass break-ups. Finishes through the receiver
– Has the versatility to play either corner or safety

– Takes poor angles when in pursuit of the ball carrier
– Constantly fooled by double moves in pass coverage
– Poor tackling technique. Tends to lunge at the ball carrier rather than squaring up and wrapping up to make a proper tackle
– Limited experience playing jamming in press coverage
– Can anticipate simple routes but struggles to decipher deep, thorough routes
– Needs to be more aggressive and tighten up his off man coverage. Consistently gives up the underneath and check-down routes
– Needs to improve his ability to stay in phase. Has the tendency to get turned around and lose sight of the ball while it’s in the air, causing him to give up big plays
– Struggles to disengage from blocks

Nothing is set in stone when it comes to the NFL, especially positioning. With Lucas’ skillset, he is projected to best fit as a safety at the next level. His natural ability to patrol his designated zones and flip his hips and run with defenders are significant safety traits. Due to his struggles in man coverage, he will not be a reliable corner at the next level. Until he gets comfortable with his responsibilities as a safety, he will see most of his field time on special teams.

Can Lucas buckle down and tighten up his man coverage skills? Can he adapt to become more disciplined? These are two extremely important attributes needed to play corner in the NFL. Otherwise, Lucas will be transitioning to safety at the next level. Look for Lucas to attempt step up for the Sun Devils and replicate his freshman season.