Austin Deculus is a two-year starter at right tackle for LSU who took over the job two games into the 2018 season. His first career start came at left tackle before he switched over to the right side full-time. In 2019, he was a part of the unit that won the Joe Moore Award for the best offensive line in the nation, which helped pave the way for Heisman Trophy winner Joe Burrow and LSU’s national title run. He’s the only returning OL starter for the Tigers’ spread offense.

Deculus profiles as a right tackle-only prospect due to his limited quickness and athleticism, but he projects as a lower end starter by his second season. Deculus plays in a zone-heavy running scheme at LSU, but he may fit better into gap schemes at the next level due to his combination of size and power. He will need time to work on some technical flaws, but he has NFL talent and should hear his name called late Day 2 or early on Day 3 assuming he continues to improve.

As the only returning starter on LSU’s offensive line, Deculus will be called upon to lead a relatively inexperienced offensive line. LSU is coming off a dominant season, but they have lost many key players that led to their success and they will need good play out of team veterans like Deculus if they hope to find similar success in 2020. Deculus has made steady improvements to his play the past couple seasons and it will be interesting to see if he can take the next step in his development. 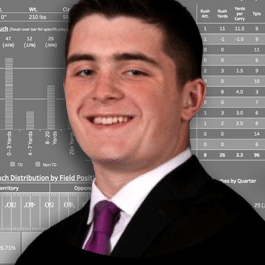