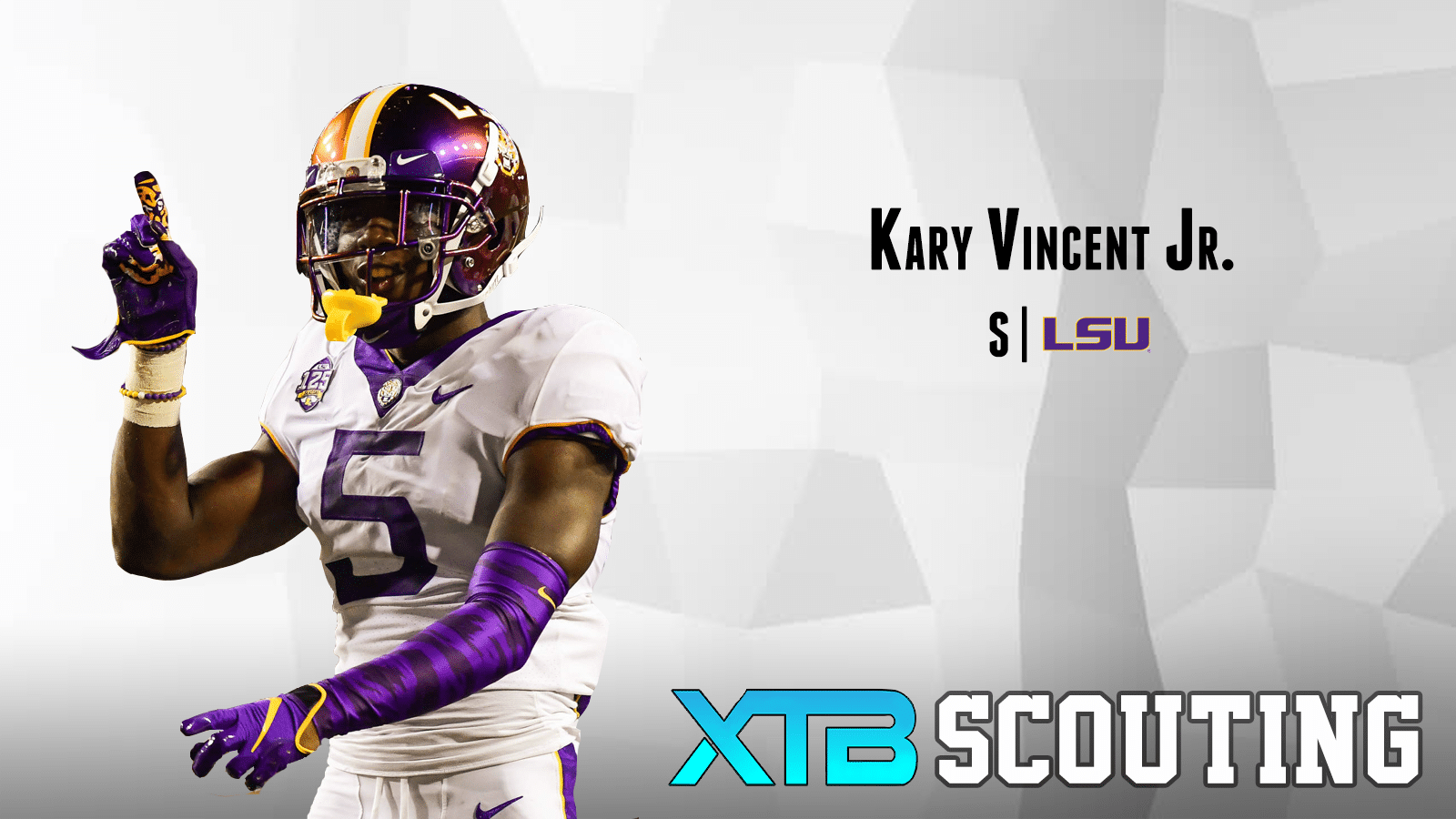 Son of former NFL wide receiver with the same name, Kary Vincent Jr. came out of high school as a four-star recruit and ranked as the second best CB nationally per ESPN. He is a dual-sport athlete at LSU, participating in both football and track. He was used in a Nickel/Safety role in Dave Aranda’s single-high scheme, where he’s played 39 games (19 starts) thus far in his career. He ranked second on the team in interceptions last year (4) with three of them coming in the final six games of the season. He chose to forego the 2020 NFL draft to return to LSU for his senior season.

– Lacks anticipation. Waits for QB to make throw to make a break on the ball instead of moving when QB “pulls the pin” (cocks his arm back to throw)
– Shows glimpses of serious play real speed, but doesn’t play with true effort. Does not swarm to the ball or prepare to be the last line of defense (does not anticipate broken tackles)
– Unable to mirror crisp route runners in man coverage
– Gets tunnel vision towards QBs eyes in zone coverage and fails to stay aware of nearby receivers he should pick up
– Does not get off of physical blocks quickly, if at all. Does not reroute receivers effectively.
– Poor reaction time on pass concepts including screens and shallow/crosses.
– Inconsistent timing. Occasionally flashes ability to high point jump balls. May get to receivers too early and get called for DPIs and Holdings.
– Limited experience in press coverage

Given his physical traits, Vincent Jr. best projects as a developmental free safety that can use his speed and athleticism on special teams at the next level coming out of the draft. Vincent is currently slotted as a Day 3 pick, but he is an intriguing prospect in the scouting community. He has Olympic-level speed that some feel can help him set a new record for the 40-yard dash. But based on his tape, Vincent still has much to improve on if he wants to make a final roster for the 2021 season.

LSU has a new Defensive Coordinator in Bo Pelini, who will be changing the defense to a 4-3 front. But this shouldn’t affect KVJ as much as the return of starting FS, Todd Harris, who missed last year due to a torn ACL. Vincent’s best trait is his speed. Some are already saying that he is their favorite to have the best 40 time, and maybe even break John Ross’ record of 4.22. The problem is that he doesn’t keep his motor running consistently. He should be prepared to act as the last line of defense in case a big run breaks out, but that doesn’t happen often. As a tackler, he is inconsistent with his form and needs to improve. He has the traits to make it in the NFL as a Safety, so coming back to school for his senior season will give him more time to learn how to recognize plays faster and to anticipate throws with more urgency. 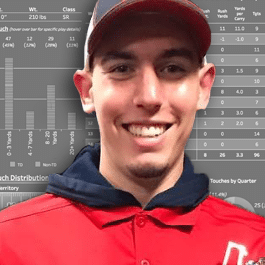