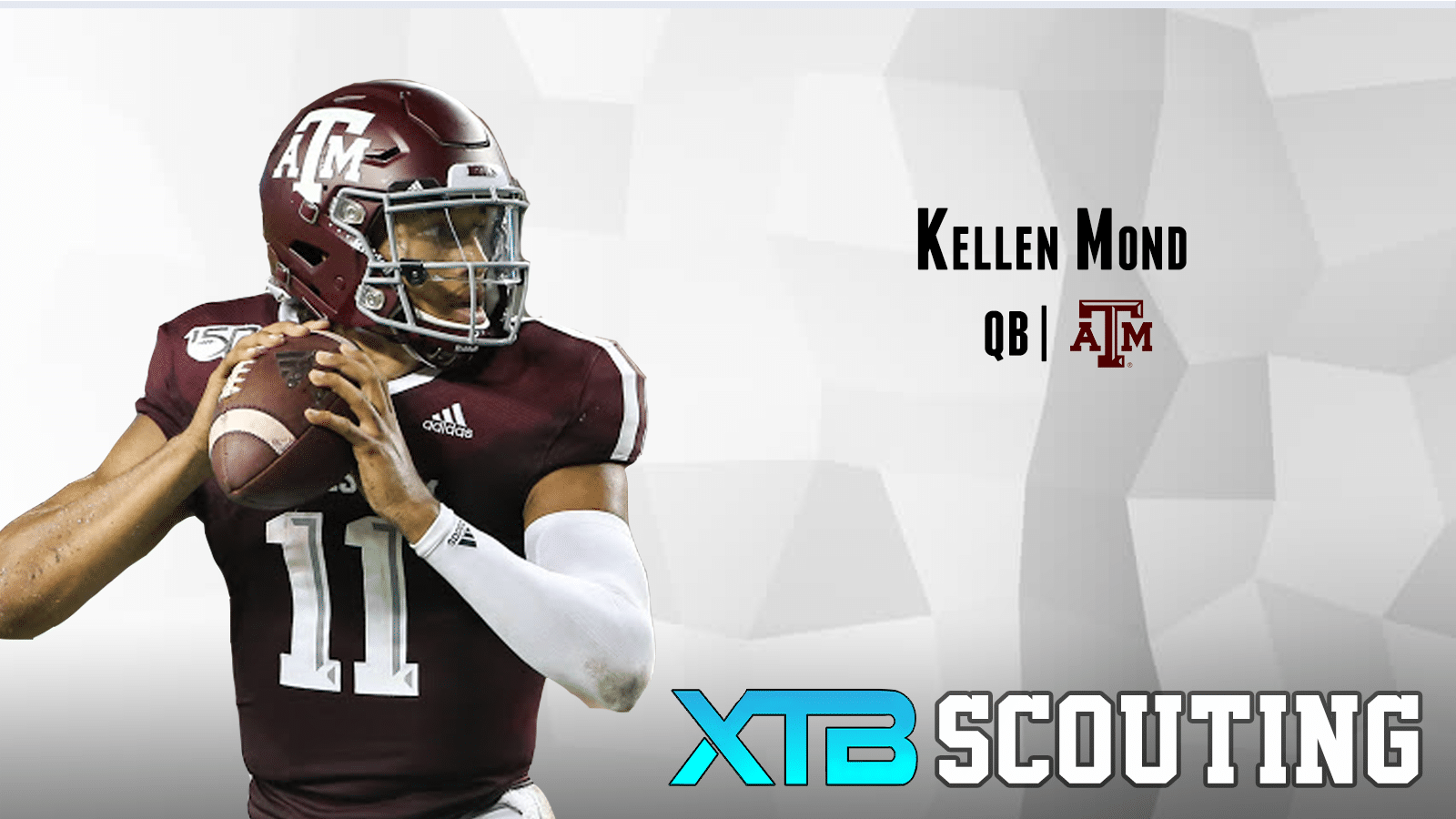 A former top-tier high school recruit from IMG Academy, Mond is a three-year starter for Texas A&M and operates out of Jimbo Fisher’s spread offense. He has started in 34 of 37 career games in his collegiate career and elected to return to College Station despite showing some promise during his junior season.

– Good combination of size and athleticism
– Possesses a quick, consistently repeatable release
– Has the natural arm talent to make off-platform throws
– Comfortable outside the pocket and making throws on the run
– Can generate the necessary velocity to drive the ball into tight windows
– Adequate quick game accuracy
– Asked to work through progressions
– Flashes the ability to move defenders with his eyes
– Shows the pocket awareness to give himself throwing lanes
– Willing to stand in and take hits in order to deliver throws
– Can buy time with his feet or tuck it and make plays
– Routinely used on designed quarterback runs

Mond’s flashes of high-end performance and physical tools will intrigue NFL evaluators, but his inconsistent accuracy and decision making may prevent him from becoming a starter at the next level. He projects as a career backup right now, but there are traits worth developing to see if he can put it all together. Mond has a good chance to go on Day 3 in next year’s draft, but his stock could certainly rise with added consistency and improvements to his game.

Can he finally put it all together? Mond enters his senior season needing to find more consistency in his week-to-week performance. He will be without two of his top receivers from last season in Quartney Davis and Kendrick Rogers, which will be another challenge for the veteran signal caller to overcome. Mond could certainly be a potential riser if he can put together a productive senior season in College Station.