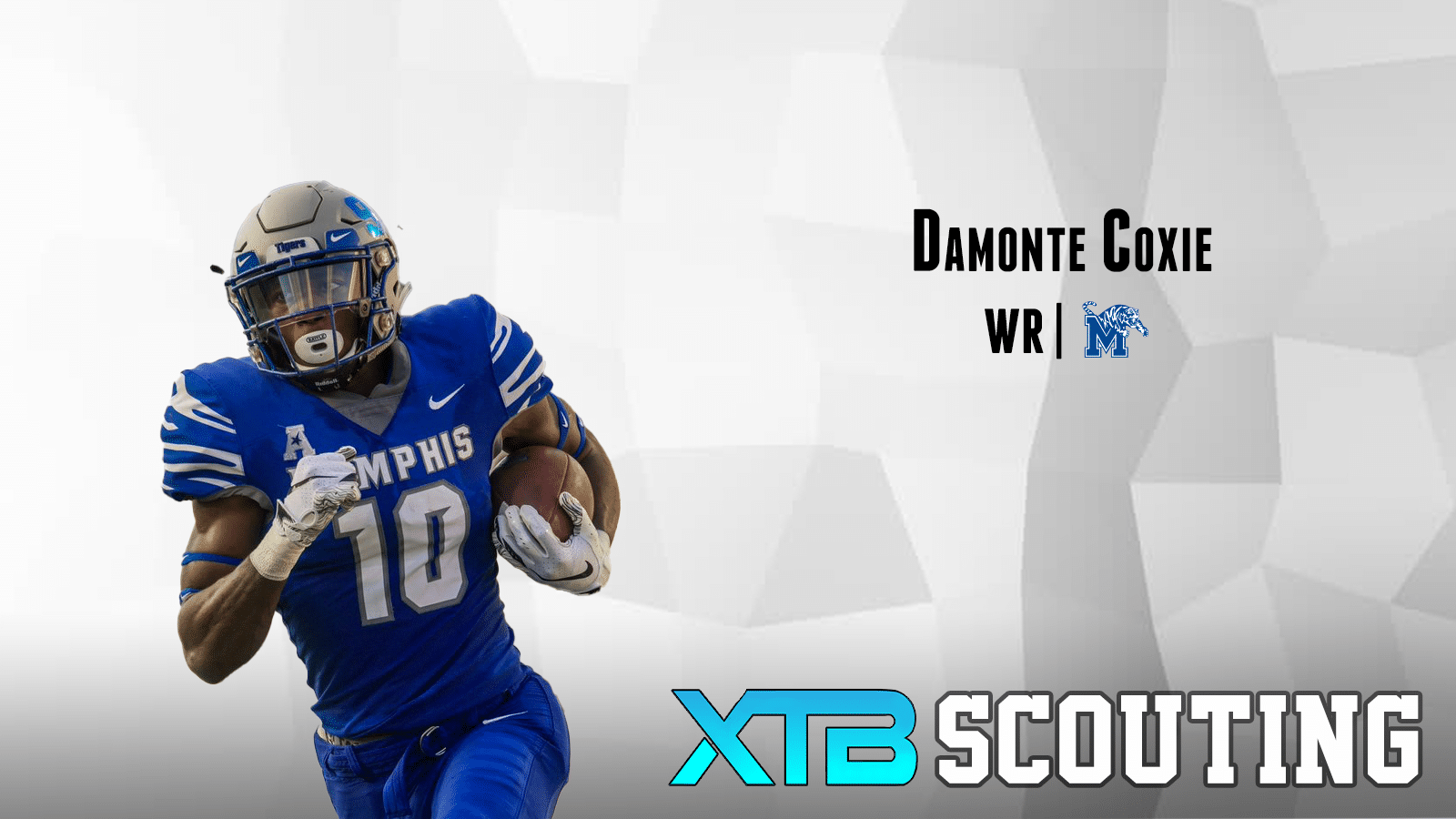 A long and athletic receiver with a physical play style, contested catch ability, and a large catch radius

Damonte Coxie enters his final season in Grind City with a chance to become the most prolific receiver in school history. In his 41 career games, he has totaled 169 receptions, 2,773 yards, and 19 touchdowns. He currently needs 69 receptions and 818 yards to take the top spot in both categories in school history, and is behind only Anthony Miller in 100-yard games with 11. After posting back-to-back 1,000-yard seasons with 70+ catches, there is no reason to doubt he will reach the top spot on those lists. He was named Second Team All-AAC in 2018 and 2019, and the former 3-star recruit will look to improve that to a First Team All-Conference selection as he tries to improve his draft stock in 2020.

– Good strong hands that allow him to pluck the ball out of the air
– Long frame and good athletic ability to give him a large catch radius
– Good body control to make catches along the sideline and outside of his frame
– Crisp route running that serves as his main method of separation
– Can make catches in traffic and contested catches with defenders draped over him
– Overall physicality of his game. Handles collisions and jams well in his routes, not afraid of contact after the catch
– Contributes in the run game as a blocker with good effort

– Limited route tree consisting of long and medium routes
– Not a slow receiver, but he does not posses breakaway speed to bust plays open
– Methods of separation are limited to route running and length. Does not tend to get open via speed, route savvy, or quickness
– Sufficient RAC ability, but most yards come through the air rather than after the catch
– Needs to work more stems and deception in his routes to manipulate DBs
– Blocking form needs improvement, but mentality is there
– Has room to add mass and play strength to his frame

Coxie has the tools to be a No. 3 receiver in the NFL. His limited route tree within the Memphis offense could serve as a speed bump in his development, but he has the athletic ability to overcome that. He will fit best with a team that already has two primary options at receiver and could use an additional man out wide to diversify their arsenal. His ability to make the contested catch and catch the ball in traffic will be valuable to any number of offenses. Teams that already have primary playmakers out wide but need to add depth in the receiver room will find him to be a worthwhile pick on Day 3.

Coxie will primarily need to improve his methods of gaining separation. Most of his separation in the Memphis offense comes via scheme, and with a new coaching staff he will need to prove he can get open on his own rather than from the play call.  Improving his speed can help with this, as well as make him more of a threat to bust a play open after the catch. If he can add some muscle weight onto his frame it can do nothing but help him due to the physical nature of his game. Finally, adding depth to his route tree can do nothing but help his draft stock as April approaches.