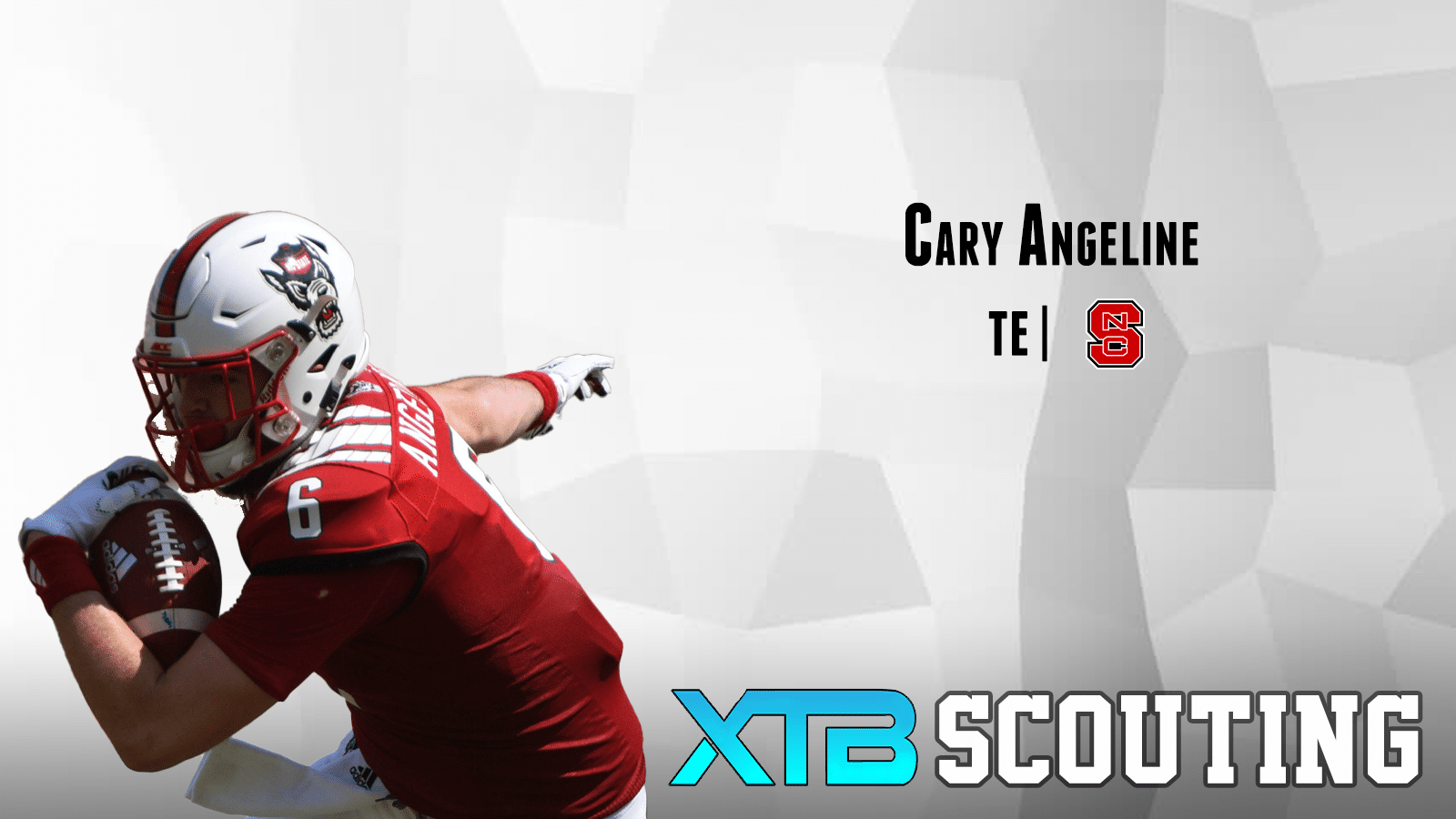 A receiving tight end who has great size and versatility, but must show more aggression, physicality and production

Cary Angeline is an H-Tight End that will end his college career at NC State after transferring from USC, where he withdrew from the team during his sophomore season in 2017. Since his start at NC State, he has appeared in 15 games, recording 34 receptions, 548 yards, and 6 touchdowns. He led the Wolfpack in receiving touchdowns (5) in 2019.

– Has good zone awareness/savvy and knows when to sit in vacated zones
– Proven ability to catch in traffic and along the boundary
– Has run a wide variety of route combinations
– Prototypical size and speed makes him a receiving mismatch
– Shows crisp route running when his route isn’t interrupted by contact
– Versatile in his alignment. Can start on the LOS, as an H-Back, or in the slot
– Quiet and sly route runner at the goal line. Able to sneak by defenders to get open

– Rarely initiates contact as a blocker. Needs to be more aggressive
– Late use of hands and poor blocking technique makes him a liability as a blocker despite his size
– Route running and timing will be affected when he comes across rerouters
– Lacks awareness and recognition as a pass blocker
– Will have games where he is a non-factor as a receiver

At the moment, Angeline best projects as a depth tight end who may be used in 2 or 3 TE packages. Because he is a significantly better receiver than he is a blocker, he will be an enticing option for coaches who love skyscrapers as pass catchers. His liability as a blocker and poor QB play may keep his draft value low. He will likely have to prove himself on special teams early in his NFL career and should be drafted in the mid-to-late Day 3 range

NC State had two offensive coordinators last year and have a new one altogether. His name is Tim Beck and he has had successful stints as an OC at Texas, Ohio State, and Nebraska. Beck will adapt to the players he has around him, and having a 6-foot-7 target catching footballs is a nice weapon to start with. Angeline will have to show more aggression next year, both as a receiver taking on rerouters trying to hit him off of his stem, and as a blocker initiating first contact and sustaining blocks. Hopefully he can break out in Raleigh with improvement at quarterback.