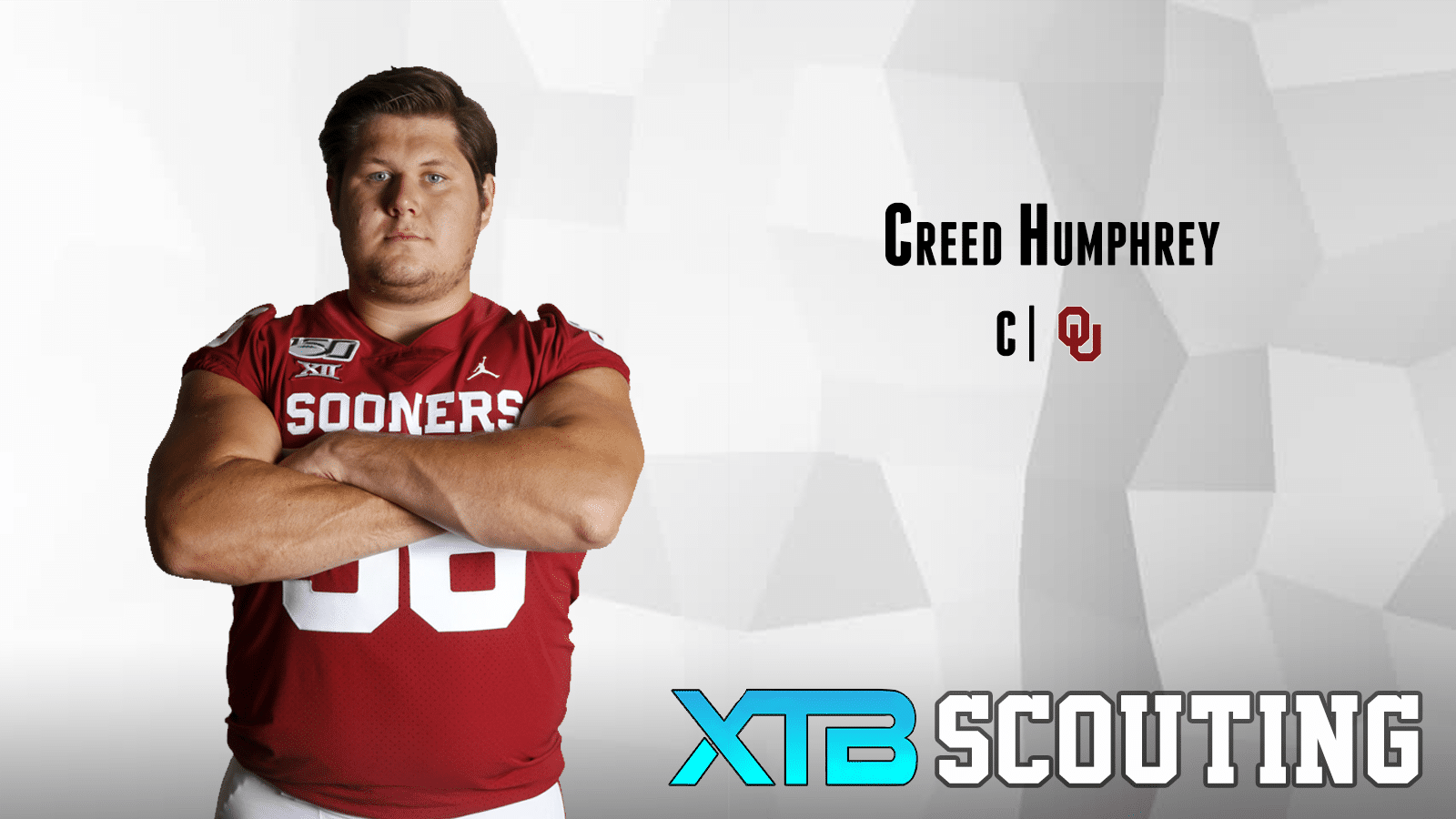 From the moment he set foot on campus, Creed Humphrey was one of the strongest players on the team. Despite redshirting during his first collegiate season, the 3-star product received ample first- and second-team reps in practice while being groomed to take over. Upon assuming the starting role in his redshirt freshman season, Humphrey immediately became one of college football’s top interior pass protectors. He was expected to be a high draft pick in 2020, but elected to return to Oklahoma, the school he grew up rooting for, for another year. Humphrey’s high school wrestling background stands out on tape, and it’s helped him earn Freshman All-American, and Second-Team All-American honors in the past two seasons, respectively.

– Missed 2019 Spring game while recovering from an undisclosed surgery

Humphrey projects favorably as an above average starting center in a gap-heavy scheme. He is not quite nimble enough to thrive in a zone-heavy scheme where he consistently needs to get to the second level, which may limit his team fits. But even in a zone-based scheme, Humphrey can galvanize a team’s interior line by providing plus power, instincts and and communication skills. With a high floor and an All-Pro ceiling, expect Humphrey to be a lock for a Top 40 selection, with a chance to go Top 20.

Can Humphrey improve his effectiveness in open space? He’s an ideal positional blocker near the LOS, but improving his range and second level blocking could push him further up draft boards. Additionally, one of the biggest moments for Humphrey’s draft stock will come during NFL Combine measurements. With what appears to be a below average wingspan, Humphrey’s draft stock could swing in either direction based on his hand and arm length.