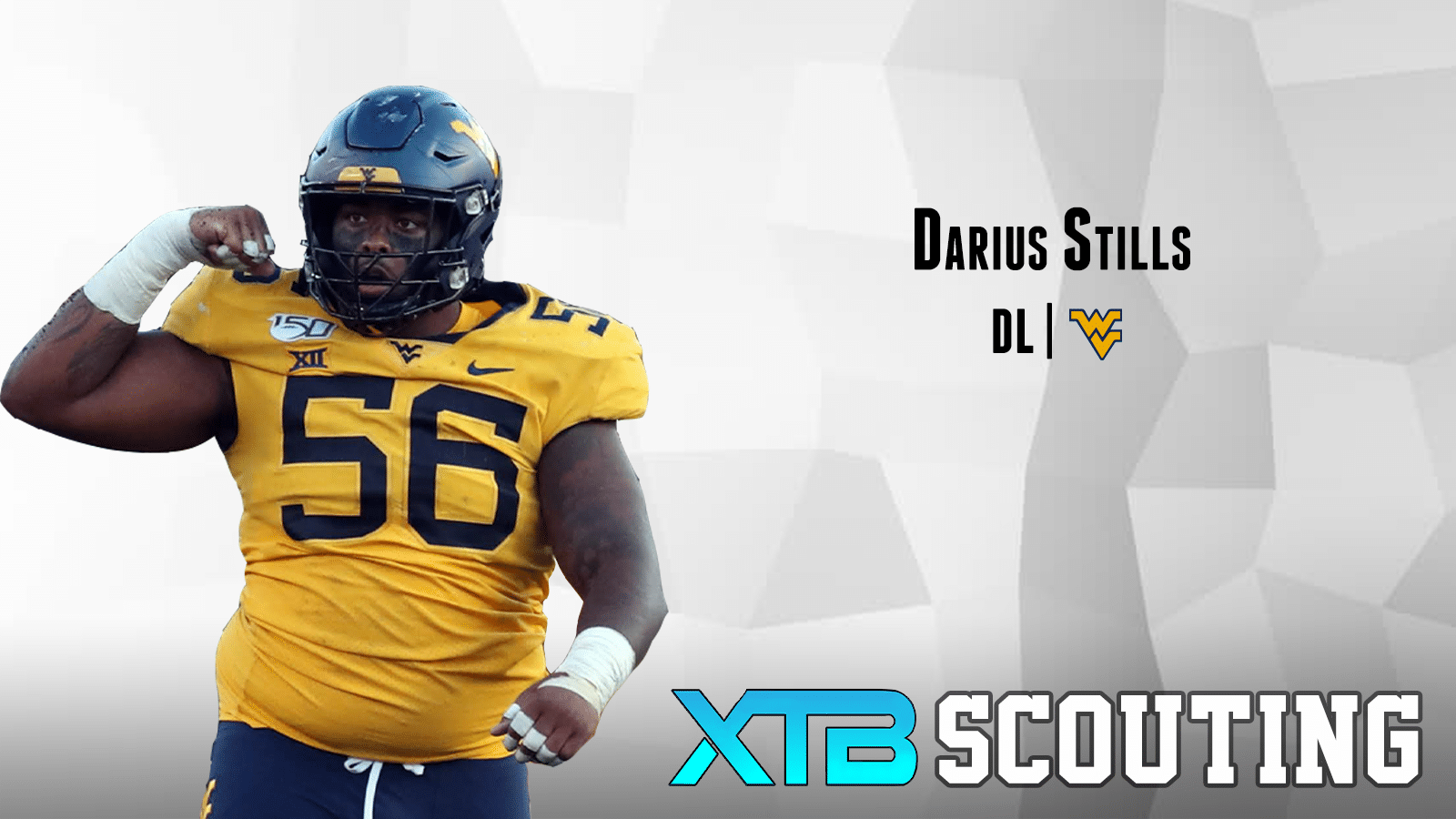 Very athletic for a Nose tackle. Darius Stills has the lateral agility and quickness to shoot across multiple gaps and stunt, balance to recover when pushed off his base, and foot speed and change of direction ability to pursue in space.

Good run defender with the pad level and lower body strength to drive back OL and penetrate the backfield. Quick to shoot his arms, using his strong hands well to swim over or pull and shed OL. When patient, extends arms well to establish a two-way go and easily sheds. Can be too aggressive in penetrating, angling underneath the OL into his chest or opposite shoulder rather than maintaining his half man relationship. When into the OL chest, he struggles to counter back inside, allowing the RB to take the vacated lane behind him.

Good pass rushing ability, especially in one-on-one situations. Has a variety of effective pass rushing moves, with quick hands to swim, strong upper body to rip, and body control to spin. Possesses the lateral agility and change of direction ability to stunt well as well as the lower body strength and initial pad level to bull rush or convert speed to power. He can struggle vs double teams and does not often have a pass rush plan to combat them. Once engaged with an OL, does not consistently fight to get free, occasionally taking reps off.

Shows a good willingness and aptitude to pursue, with the vision to pick through traffic and the change of direction ability to tackle in the open field. Good screen awareness, quickly coming off his block and aggressively bursting to the ball.

Stills is an athletic DL who would fit best as a 1-tech or 3-tech in a 4-3 front. Though he capably played NT in West Virginia’s 3-4 defense, his aggressive penetrating ability lends itself better to a 4-3. He will wreak havoc on offensive blocking schemes, but his overaggressive nature could compromise his gap integrity. As a pass rusher, he will be successful in one-on-one matchups but will struggle vs double teams. Has the ability to pursue well both in traffic and in space.

Can he develop better gap discipline as a run defender? If his penetrating ability is coupled with an ability to disengage and make the play, Stills will be a true run-stopping force. It will be fun to watch him go up against top IOL prospect Creed Humphrey when WVU plays Oklahoma on Nov. 7.

With big upside as both a run stopper and pass rusher, Stills will be one of the top interior DL off the board. His lack of gap integrity and ability against double teams may prevent him from going in the 1st round. Look for his name to be called in the early to mid-2nd round.