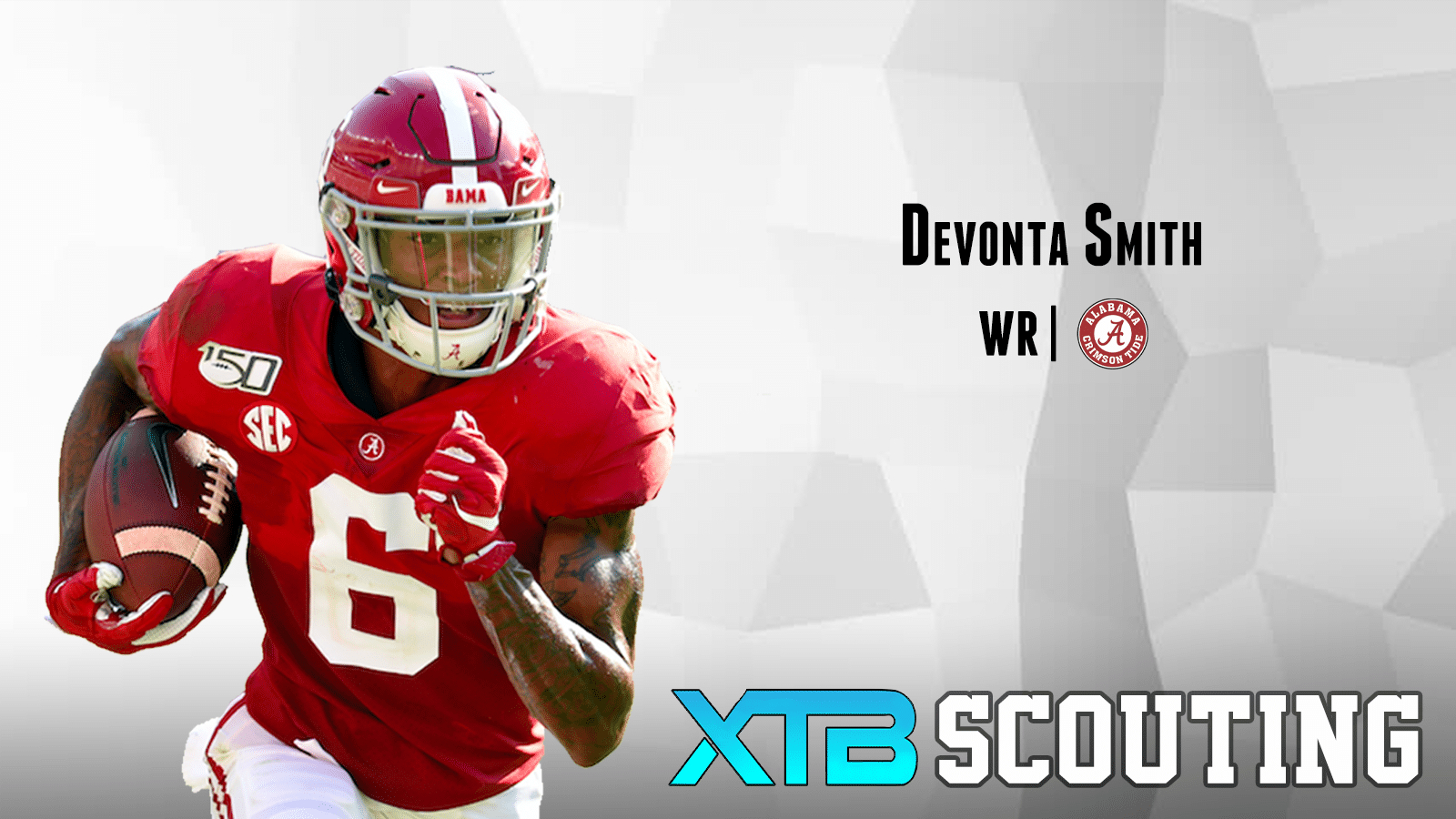 A receiver with natural hands and athleticism who is looking to step into the spotlight and fill the shoes of those who came before him.

Despite being named Second-Team All-American and First-Team All-SEC, DeVonta Smith decided to return for his senior year. Smith has played in a total of 41 games throughout his career with the Crimson Tide, while starting in 21 of them. By the end of the 2019 season, Smith led Alabama’s receivers in all major receiving statistics. He finished with 68 receptions, 1,256 receiving yards, and 14 receiving touchdowns.

– Extensive route tree
– Natural hands
– Contorts himself to make catches outside framework of his body
– FBI/Instincts: knowledge of where the sticks are
– Effective route runner
– Tracking ability
– Balance/body control after first contact
– Ability to get open in press-man coverage
– Not afraid to go up and make contested catches

– Blocking: willing to do it, but not very effective
– Speed: fast, but not a burner
– Clutch performances: can he be “the guy” now that Ruggs and Jeudy are gone?
– Will struggle to separate against more physical cornerbacks
– Can get in his head/thinks too much when playing in big games
– Lack of special teams experience

Based on his production from the 2019 season, DeVonta Smith has the potential to be a first round pick in next year’s NFL draft. The 2021 NFL draft class is deep once again at the receiver position, so Smith cannot get complacent. Throughout his college career, he’s been a reliable target for Alabama quarterbacks, which has helping him earn more and more playing time. His natural ability to create separation, along with his hands, make him a very valuable receiver for any quarterback. Aside from the few flaws he displays, he will undoubtedly be a weapon for any offense at the next level.

Although Smith came out as the statistical leader for Alabama at the wide receiver position last season, he has some big shoes to fill as both Henry Ruggs and Jerry Jeudy left for the 2020 NFL draft. With both Ruggs and Jeudy gone, Smith and Jaylen Waddle will battle for targets. It will be interesting to monitor how Smith adjusts to life without Tua Tagovailoa. If Smith is a true number one receiver, he’ll be able to adjust to the new quarterback that will lead the Crimson Tide throughout the 2020 season.