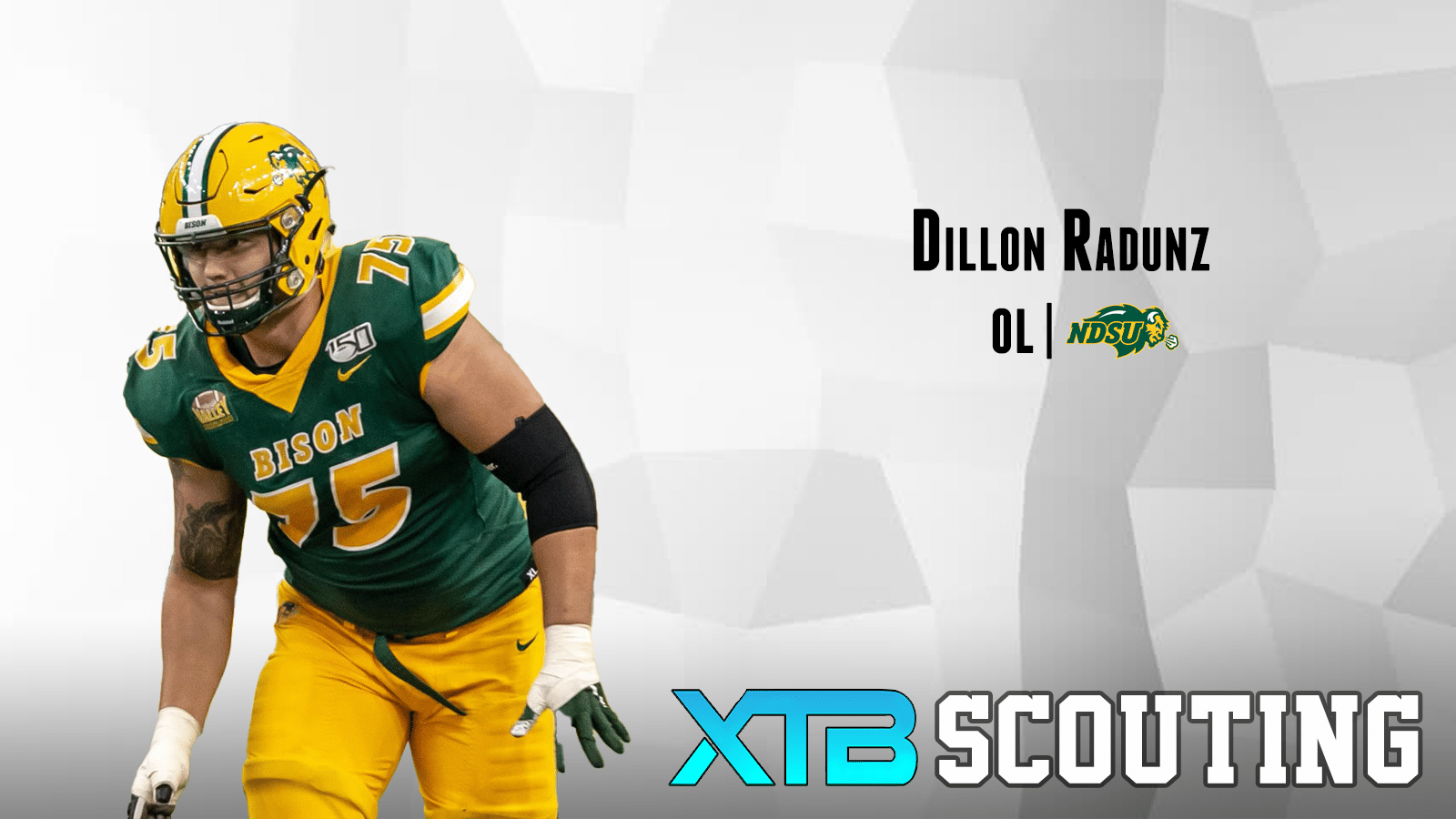 Dillon Radunz is the starting left tackle for the North Dakota State Bison. NDSU runs a smashmouth offense that includes mainly a gap blocking scheme. After redshirting his freshman year in 2016, he played 15 dominating snaps in 2017 before tearing his ACL in the opener (175 team rushing yards, 30-0 up to that point). Since returning, he has started all 31 games the Bison have played, tallying 90 knockdowns and allowing only 3 sacks.

– Must improve hip fluidity to counter a pass rush moves across his face
– Tends to bends at the waist, which gives up his numbers and hurts him against bull rushes
– Initial punches must be better timed
– Will lose the wrist control battle occasionally
– Lacks sufficient lateral agility

Depending on where his landing spot is, Radunz could be an NFL starter by his first game, but there is an equal possibility that he could be a backup for a year or so to refine his technique before being given the reigns to protect a QB’s blind side. He will most likely be a Day 2 draft pick. The team that would benefit most from drafting Radunz would be one that has a similar desire to run the ball down the defense’s throat, similar to the that of the 49ers, Seahawks, or Ravens.

The most important thing Radunz needs to do in 2020 is continue to dominate. He has been dominant in the 33 games he’s played in so far and must do the same thing in his final year at NDSU. He must improve his flexibility as it puts him in position to get beat against talented and athletic edge rushers. He will have to bend at the knees and ankles more consistently instead of at the waist to fend off leverage rushes. His ideal size makes him an attractive prospect, and he shows great potential in his traits. With a little bit of refinement, he could quietly slide up draft boards.