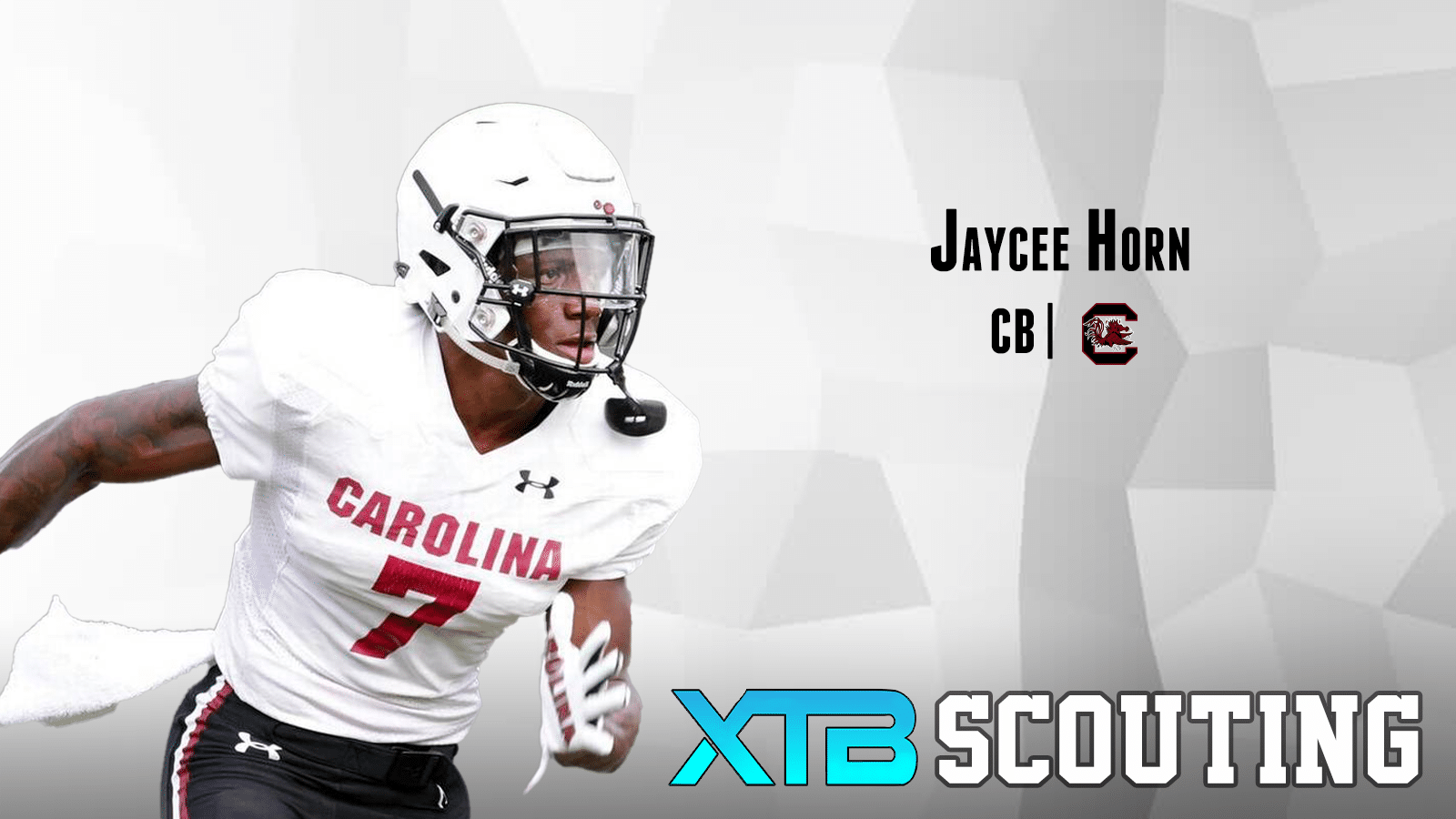 The son of former New Orleans Saints wide receiver Joe Horn, Jaycee Horn looks to carry on the family legacy in the NFL once he finishes up his college career at South Carolina. He was an immediate impact player, starting 10 of 11 games he appeared in as a freshman. He saw a large portion of his freshman reps at nickel corner, and made the transition to full-time outside corner this past season. Horn is primarily utilized as a press corner in a Cover 1 heavy scheme. His production levels have been very good in his first two seasons, and he looks to improve upon those stats as he takes on SEC competition in 2020.

– Physical both at the line of scrimmage and throughout the route
– Excels at jamming receivers and throwing them off course when aligned in press
– Good reactive athleticism. Can mirror and match receivers movement
– Stays in phase and remains on the hip of receivers
– Disruptive at the catch point. Times the arrival of the ball and makes a play to breakup the pass
– Good route recognition in zone coverage
– Understands his role in zone. Locks down his area and remains the deepest man in Cover 3

– Does not exhibit great block shedding ability
– Willing in run support, but form tackling needs improvement. More of a dive tackler than a player who wraps and drives
– Change of direction. Has improved over the course of his career, but there is still room for improvement
– Turnover production. Has yet to record an interception in his career despite opportunities to do so
– Will occasionally lunge and get off balance when jamming, opening himself up to getting beat

Horn has the ability to be a starting corner in the NFL. He fits best in schemes that utilize press corners, but his ability to play both man and zone coverages will make him a solid option for almost any team. Due to his physicality and reactive athleticism he can slide inside and play the nickel role, which will make him all the more attractive in todays NFL. Franchises that need help on the back end of their defense will look to pick him up early on Day 2.

The biggest thing for Horn to work on in 2020 will be the small technical aspects of his game. Improving his form tackling in the open field instead of just diving at opponents legs or wrestling them down will be key.  Avoiding lunging and keeping his balance as he jams receivers at the line will be another detail to keep an eye out for. Continuing to develop his ability to change direction quickly and efficiently will stand to improve his coverage ability. He will also need to generate some turnovers and capitalize on the opportunities that he creates. Horn will be a player that rises up draft boards as 2020 progresses, and improving these subtle aspects of his game will make that happen faster.