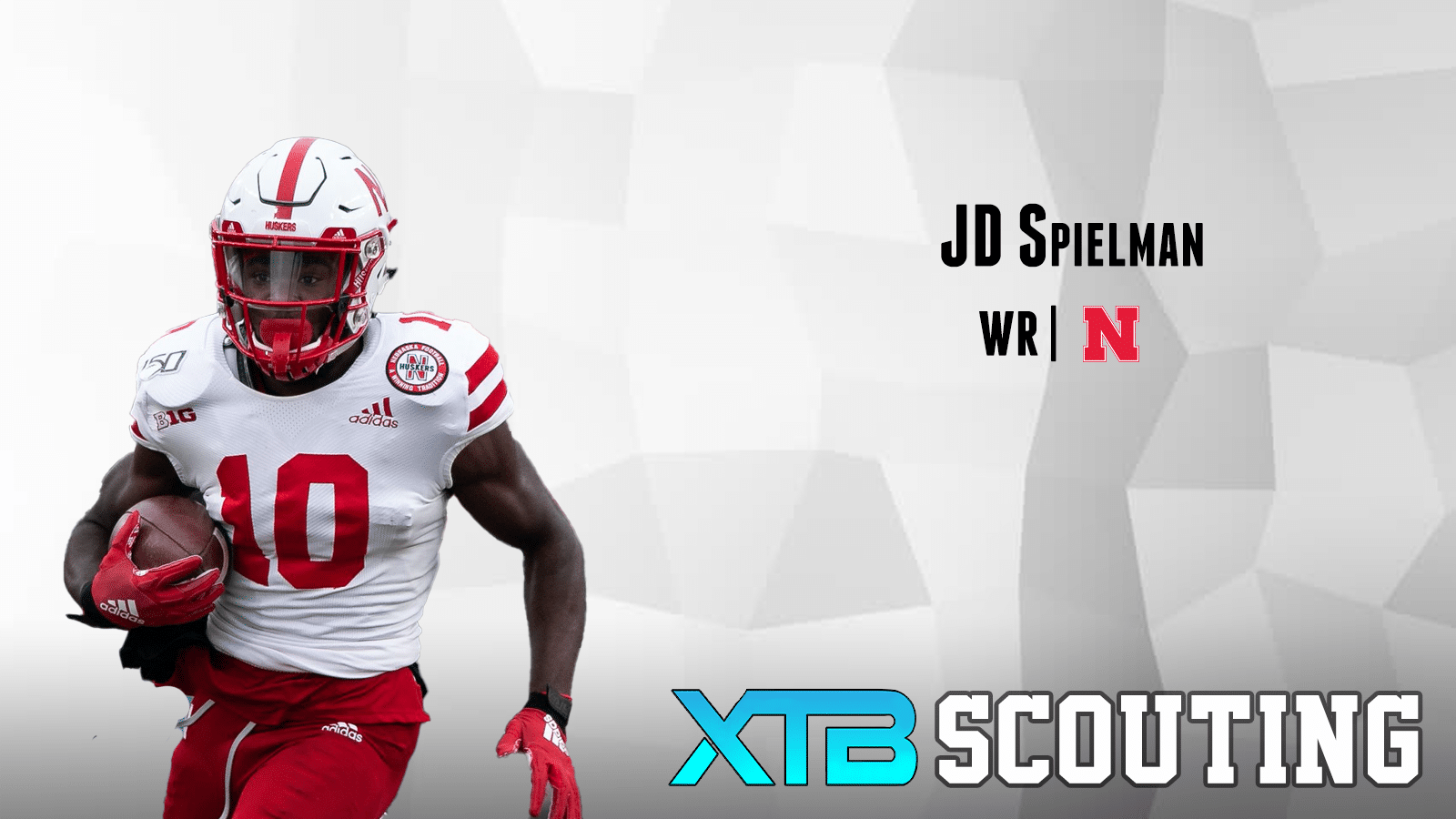 After being a starting wide receiver for the Nebraska Cornhuskers for the previous two seasons, JD Spielman entered the transfer portal this offseason. While with Nebraska, Spielman played out wide and in the slot as a receiver, and even played some snaps in the backfield. As a first-year starter in 2018, he led his team in receiving touchdowns and was second in receptions and receiving yards. He stepped up in 2019, ending his redshirt junior season leading his team in each of those categories. He has contributed his entire career and has proved to be successful in the Cornhuskers’ spread offense. Wherever Spielman lands for the 2020 season, he will benefit the most in another spread offense.

– Extensive route tree from multiple alignments
– Sinks his hips to create separation from defenders
– Natural catching ability. Soft hands and not a body catcher.
– Sideline awareness. Knows where he is on the field and has excellent feet coordination
– Comes out of his breaks with precision
– Thick lower half that allows him to maintain balance after first contact
– Uses good vision to analyze the field in front of him and spot open lanes
– Successful blocker for his teammates for an undersized player
– Can take big hits and still hold onto the ball

– Undersized for the position and doesn’t play bigger than his frame
– Takes his eyes off the ball when bringing in catches in when he knows he is going to take a hit
– Injury prone. Needs to prove he can stay healthy and stay on the field
– Does not win contested catch battles
– Would benefit from being more physical with defenders when running routes
– Footwork and release off the line of scrimmage needs to be quicker
– Needs to be more willing to make catches outside the framework of his body. Limited catch radius

While not knowing where JD Spielman will land for the 2020 season, it is difficult to determine if he will have a successful season or not. If he lands with a school that run the spread offense, Spielman will have more success than if he were to land in another scheme. Even with his experience playing on the outside, Spielman can be expected to be used primarily as a slot receiver in the NFL due to his size. Come draft day, Spielman may be drafted mid-late in the day on Day 3.

Will Spielman be able to stay healthy for an entire season? In every season but his freshman year, Spielman has endured an injury of some sort and cause him to miss some games. To be a reliable asset at the next level he is going to need to prove he can stay healthy for an entire season. Can he improve his release off the line of scrimmage? If he struggles to beat defenders off the line at the collegiate level, he is going to have an even harder time in the NFL.