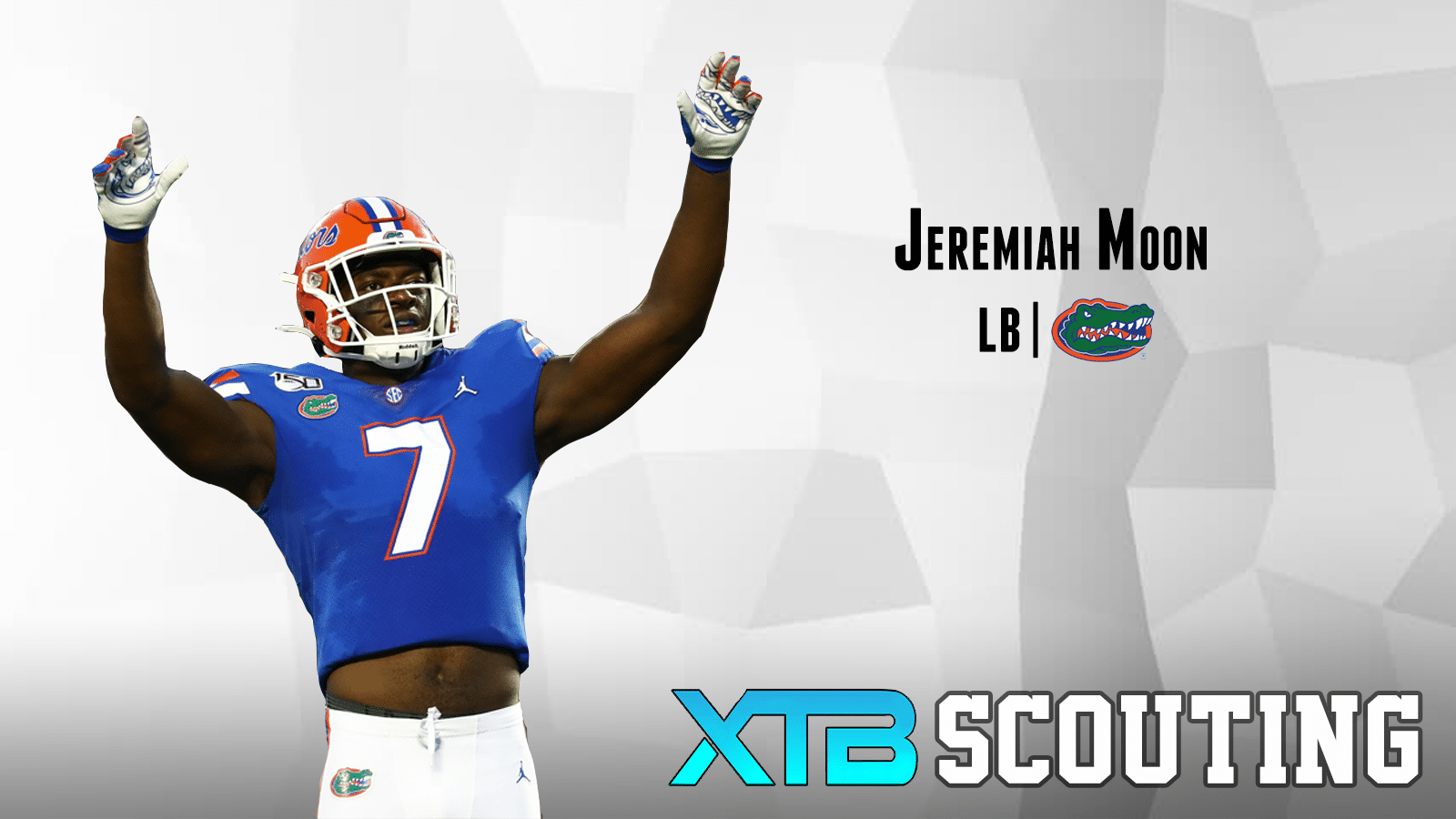 Jeremiah Moon is a smooth athlete who possesses the lateral agility to be effective in coverage, the foot speed to rush off the edge, and the balance and change of direction ability to make tackles in space. His long frame gives him a wide tackling radius and allows him to keep defenders off his chest. Although his slight build does not afford much raw power.

Solid pass rushing ability, especially on 3rd downs. When he’s able to pin his ears back and go after the QB, Moon shows good burst off the line, flying upfield, knocking the OT’s hands down with his long arms and bending with good balance and agility to corner and finish the play. His pass rush arsenal is mainly limited to his speed rush, though he does have the change of direction ability to counter inside against slower OL. He can convert speed to power, using his long arms to secure the chest of the OT and push him back effectively with good leg drive, though he seldom uses this move. Moon lacks the play strength and hand usage to disengage from OL when they establish hand positioning, but he shows good aggressiveness and athleticism to pursue scrambling QBs.

Shows good ability to cover in both man and zone. As a zone defender, he passes off receivers well and has the awareness to follow the QB’s eyes and flow towards potential pass catchers when his zone is vacated. As a man defender underneath, he closes quickly and stays on the hip of RBs or TE swith good agility and foot speed. When the pass is completed, he shows good range and closing speed to pursue the ball and tackle in space.

As a run defender, Moon extends his long arms well to maintain his half-man relationship and set the edge. He has the aggressiveness to squeeze his gap well vs pulling OL and can extend to tackle through traffic. He can be a step late off the snap, which allows blockers to get hands to his chest. His lack of play strength often allows him to be pushed back out of the play by OL and he struggles to disengage with blockers at the point of attack due to high pad level. He can take poor pursuit angles down the field and is not very aggressive to pursue when there are other defenders in the area.

Suffered a season-ending foot injury against Georgia in 2019.

Moon has the range and coverage ability to be a rotational 3-4 OLB at the next level. His lack of play strength and suboptimal pad level may prevent him from being effective against the run, which will limit his effectiveness. He will be best used on 3rd downs and in obvious passing situations, where his potential as a speed rusher and coverage versatility will make him a useful chess piece.

How will he handle a larger role in the defense? With the departure of DL Jonathan Greenard and Jabari Zuniga to the NFL, Moon will be expected to be a focal point along the defensive line. If he can provide heightened production and expand his pass rushing arsenal, Moon may be a big riser over the course of the season.

Though he showed flashes of greatness in 2019, particularly on 3rd downs, his inconsistency and limits as a run defender may push him back to an early day 3 selection.