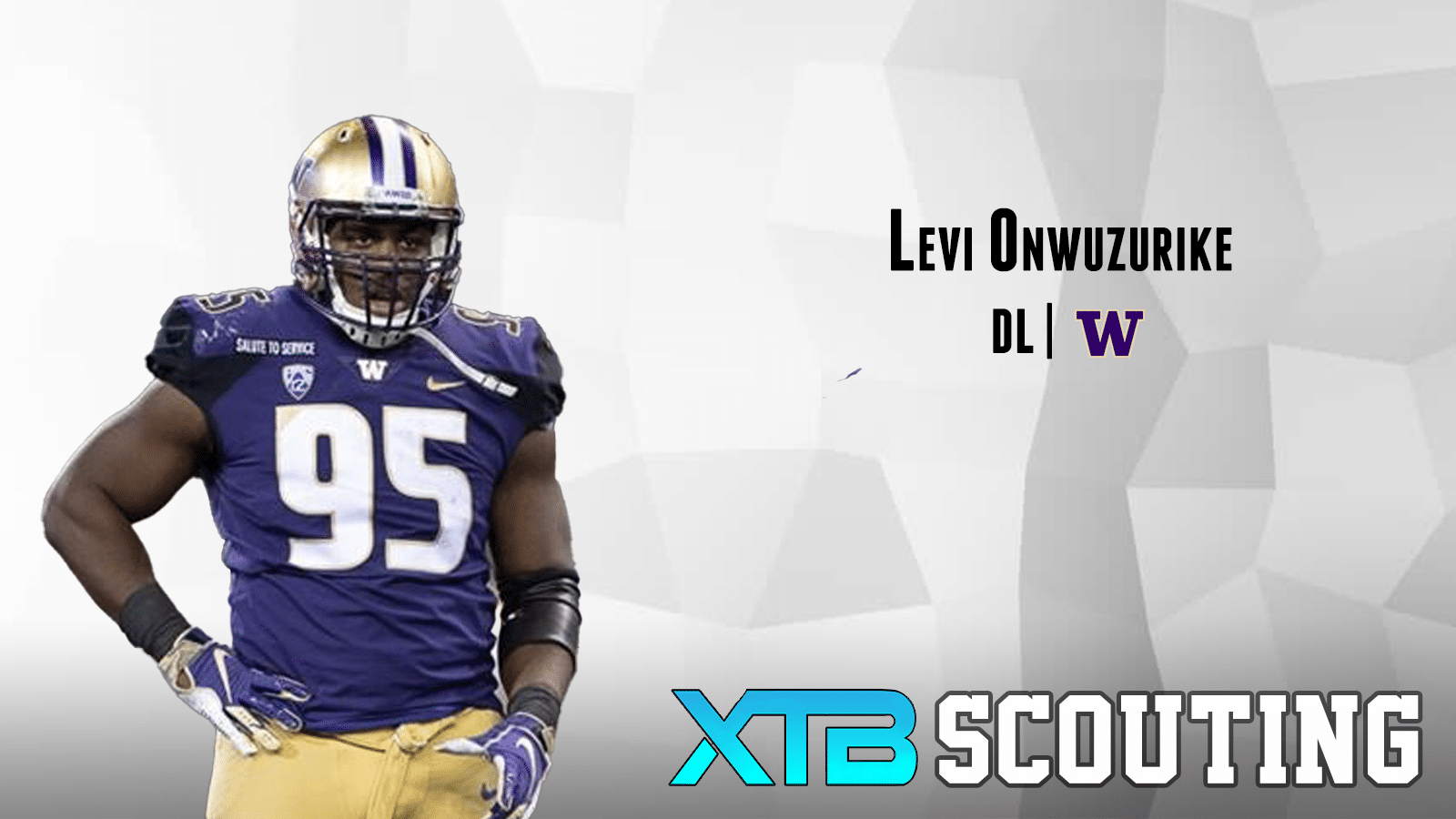 An experienced, punishing gap penetrator with premier versatility and effective physicality who needs to improve his motor

A former 4-star recruit, Levi Onwuzurike originally came to Washington as a defensive end. After redshirting as a freshman, he would go on to play in over 30 games in his three seasons as a starter. While he has not stuffed the stat sheet thus far, only accumulating 7 career sacks, his production comes through his consistent pressure and playing other, less glamorous roles. With lots of rotation and shifting along the Husky defensive line, Onwuzurike has plenty of experience as a run stuffing 0- or 1-tech and pass rush reps as a 3- and 5- tech in Pete Kwiatkowski and Ikaika Malloe’s standard 4-3 scheme.

– Demonstrates NFL caliber strength throughout his frame
– Get off is quick due to high end instincts and snap anticipation
– Hand placement is accurate and forceful. Wins the battle for chest control with quickness and the ability to knock away OLs hands
– Shows the ability to toggle between the 0- and 3-tech spots and 1- or 2-gap responsibilities at an NFL-level due to his length, anchor strength and pass rush ability
– Showcases a solid bull rush, swim and rip move
– Flashes impressive lateral agility for his size on stunts and off the edge
– Reliable tackler. Strong hands and technique allow him to end plays as soon as gets on a ball carrier
– Dismisses single blocks consistently and comfortably with timely hands

– Motor can run cold at times
– Gets knocked off balance when navigating through heavy traffic
– Attempts to fight through but rarely fully disengages double teams
– Struggles to turn pressures into sacks due to lack of closing speed, motor and pass rush plan hints
– Tends to perform pass rush moves a tick early, giving the OL a slight head start on his plan

Onwuzurike’s skill set translates well as a 1-gap penetrator, but his frame suggests that he may be better 2-gapper. He can make an impact as a versatile rotation piece from day one and has three down potential in an even or odd front. While he is a jack of all trades on the interior, his lack of a standout trait and singular position may hinder his potential stock in 2021. He may end up settling into a full-time 3-tech or 2i-role eventually based on his measureables. Due to his physicality and football intelligence, Onwuzurike will likely be a mid-Day 2 selection and find a home as a high-end developmental backup.

Given he puts on some pounds, Onwuzurike will need to work on solidifying his anchor and cleaning up his technique on double teams. Should he remain at his current size, he will need to develop his pass rush repertoire further in order to turn his pressures into sacks and up his effort while attacking and in pursuit. Can Onwuzurike cement a top spot in this interior line class by attacking and developing a specific portion of his game?