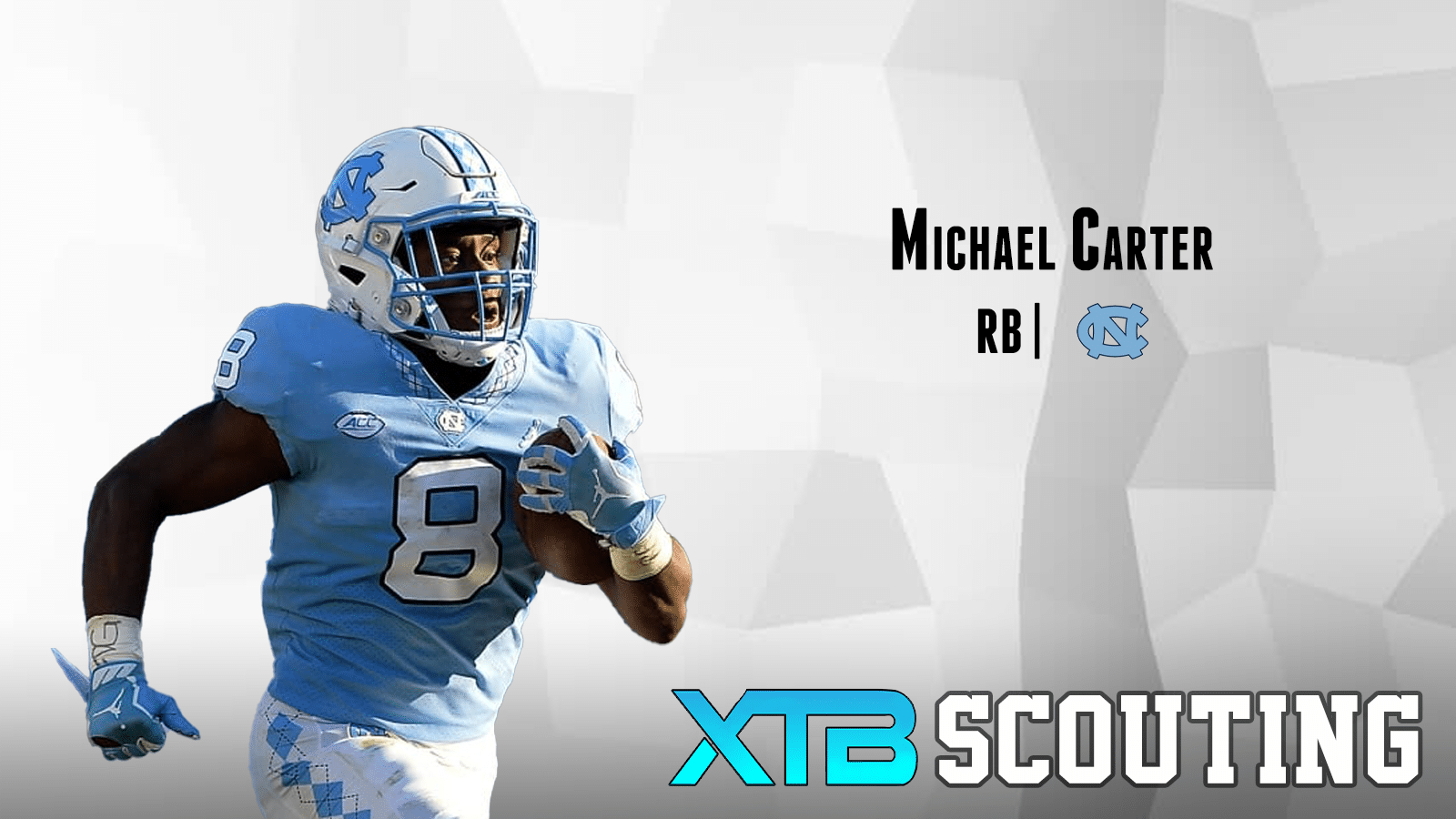 An elusive ball carrier with good vision, patience, and a competitive mentality

Michael Carter returns to Chapel Hill on pace to set a school record for average yards per carry in a career. Named third team All-ACC in 2019, he was the Tar Heels’ leading rusher at 1,003 yards, and ranked fifth in the conference in rushing yards per game with 77.2. He also doubles as a kick returner, coming in at fourth in the ACC for all-purpose yards with 1,623 last season. He has experience running in both zone and power schemes in UNC’s spread offense, and has a history of high-end production. The former 3-star recruit will be a major part of the Tar Heel offense in 2020 and will have the chance to prove he deserves more than just a roster spot in the NFL.

– Good vision. Can spot seams and hit them for positive yardage
– Keeps his feet churning and fights for yardage all the way to the ground
– Slippery runner. Can make defenders miss and weasel out of poor tackles thanks to good lateral agility and decisive cuts
– Runs under control and with patience to set up cutback opportunities
– Willing to participate in pass protection and understands where he needs to do to help
– Can be a receiving threat out of the backfield due to mismatch ability vs LBs
– Ball security. Takes care of the ball and does not cough it up

– Lacks the strength and sheer power to drive the pile despite continually moving his feet
– Does not absorb contact well. Gets thrown off track when bouncing off defenders instead of continuing to advance
– Does not possess true breakaway speed and will get tracked down from behind
– Tends to catch with his body rather than his hands, which can lead to the occasional drop
– Not a game breaker. Does not take over games single-handedly at any point

– Missed three games with a broken wrist in 2018

Carter has the skill set of a complementary back at the NFL level. He can be a good change of pace option for teams looking to add an elusive touch to their running game. He will fit best in a zone scheme where his decisive cuts and ability to manipulate the second level will be on full display. Carter can also potentially contribute in a power scheme that needs a little more speed out of their backup thanks to his experience in the UNC offense. His ability to stay on the field on 3rd down situations will also be a key asset that teams will like. Teams looking for a 2nd or 3rd back to round out their stable will look to pick him up in the early-to-mid Day 3 range.

Carter has the chance to show he can be a contributor at the next level with a good 2020. One of the major things to watch for will be his scoring ability. Over half of his career touchdowns came during his freshman year, and while his yardage output has increased, he has not found the end zone very often in the past two seasons. Improving his strength will allow him to generate better drive and power into his running, while also increasing his ability to absorb contact. Becoming a more natural catcher of the football and using his hands rather than his body will also help his draft stock.