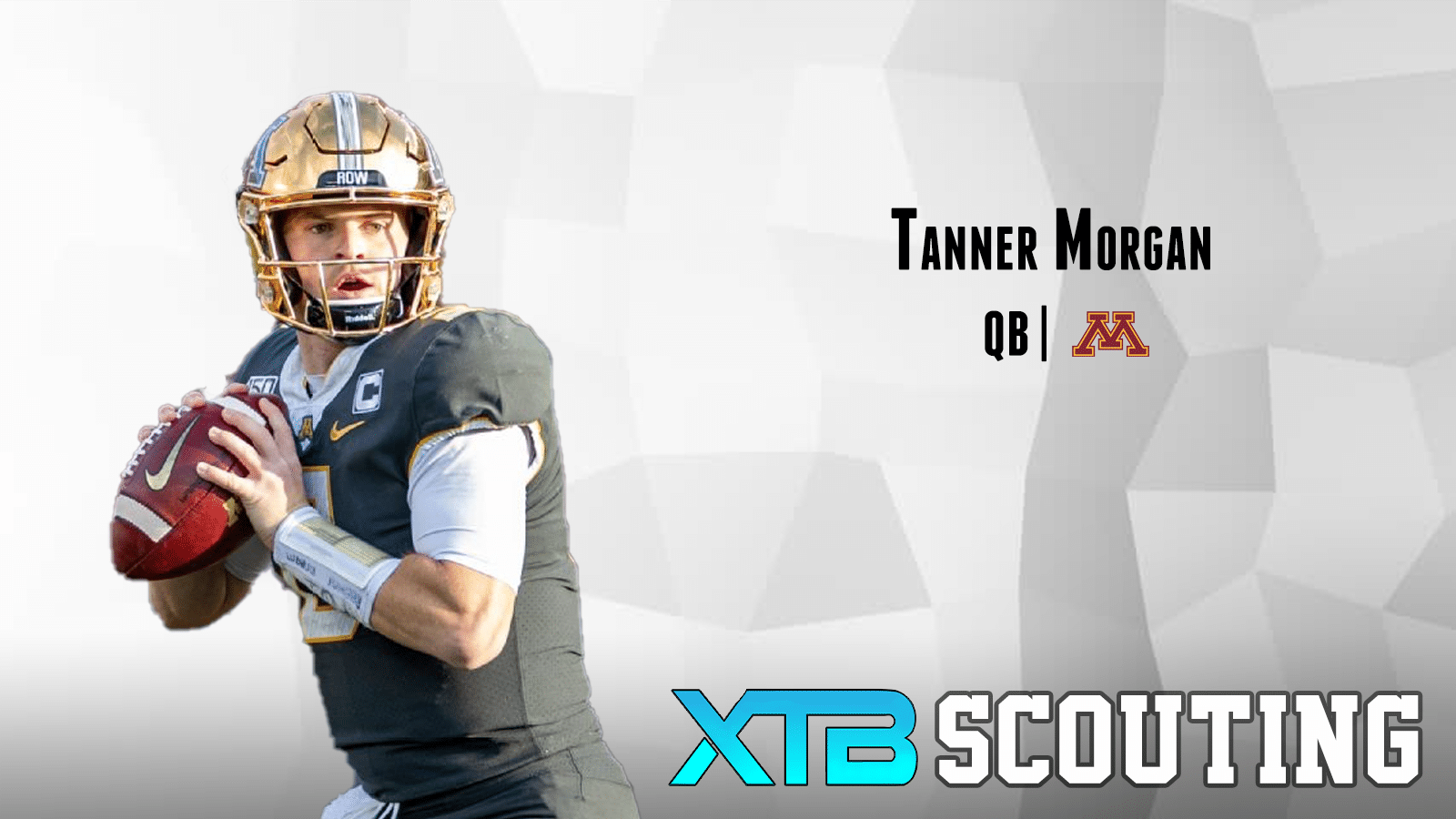 A reliable rock that can anchor a team with leadership, premier accuracy and a high football IQ

After coming to Minnesota as a 3-star recruit and getting redshirted, Tanner Morgan stepped up for six starts in the nine games he played as a freshman. In that season he managed an inconsistent 1,400 yards, nine touchdowns and six interceptions. He turned it around massively in 2019 as he posted 3,200 yards, 30 touchdowns and a fantastic 178.7 passer rating, tallying only seven interceptions in 13 games. That impressive season put him on a lot of peoples radar. Morgan now looks to prove himself once again with the young gun HC PJ Fleck, and his self-proclaimed “simple” and “evolving” pro style/RPO heavy offense, mixed with new OC Mike Sanfords run heavy scheme.

– Mechanics from head to toe are clean and concise
– Advanced accuracy at every level. Passes are not only on target but he is able to put the ball exactly where he wants it on a consistent basis
– Reliable on impromptu/broken plays
– Manages to get awkward throws, ie. back foot, off with ease
– Excels when anticipating throws, especially across the middle deep or in tighter windows
– Tough as nails. Takes hit after hit and bounces back up with little hesitation
– Pretty play action fake. Fooled defenders on multiple occasions
– Solid and sturdy frame
– Intelligent in the pocket. Knows when to step up or scramble out of trouble but was often overshadowed due to erratic offensive line play

– Not an overwhelming athlete. Had a few impressive runs here and there but will not hold up with NFL caliber athletes.
– Flustered easily under pressure leading to iffy, but otherwise impressive, decision making
– His touch/floater passes get away from him from time to time. Consistency with those specifically in the redzone would be ideal
– Has a fine arm but lacks explosiveness for big time throws

Tanner screams safe prospect. With his stellar 2019 season, Morgan has risen to a likely top-100 pick. If he builds upon that performance, it could catapult him into the first round and top five QB conversation. However, with a mediocre season, similar to that of his freshman year, Morgan could be looking at Day 3, developmental backup title. With lackluster physical attributes, Morgan may have an uphill battle to gain top end respect around the nation.

Can Morgan replicate his 2019 season? Or will he decline into the habits of his freshman season? How will he adapt to Sanfords run first scheme considering his lack of mobility? To begin the 2020 season, Morgan will be starting his 20th game. While he may look older than his coach, he still has some learning and improving to do. His questionable play in big games will have to improve if he intends to become an NFL starter. If Morgan can capitalize on what he already does well and improve upon his few technical knocks he will solidify his place as a top five QB in the 2021 NFL Draft.