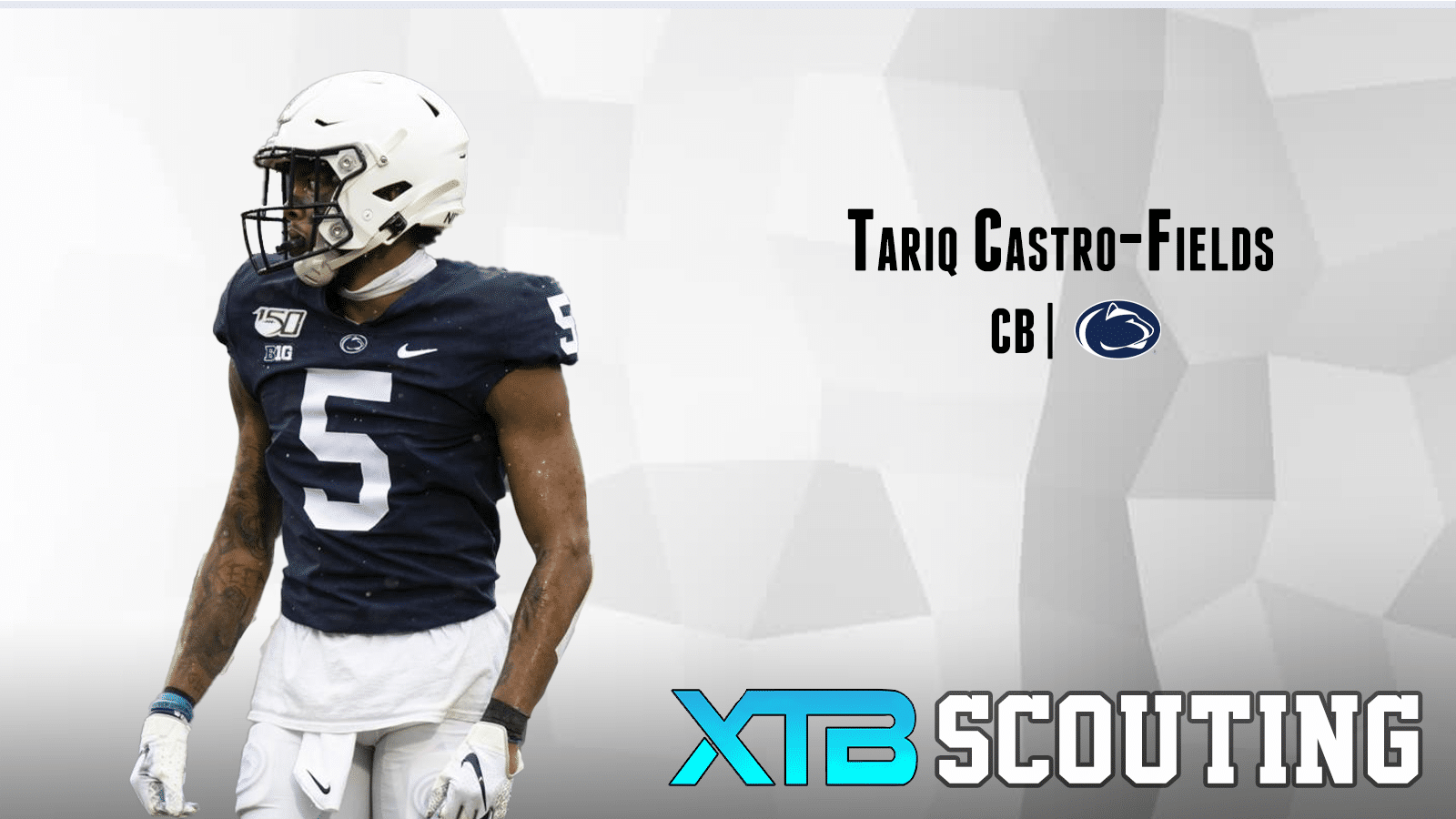 Physical man coverage cornerback who flashes high-level aggression and decent ball skills, but needs to regain confidence after an injury hindered his performance

Tariq Castro-Fields began his Penn State career as a productive backup before becoming a starter late in his sophomore season. Last season, he started the year as the team’s boundary corner before suffering an injury that forced him to move out of a run defending role. He has a lot experience playing man coverage, press jam, and patrolling the outer deep third or quarter, and he’s expected to become the Nittany Lions‘ No. 1 coverage option this season.

– Physical with receivers in man coverage. Shows good ability to wedge to the sideline
– Length and strength show up when jamming
– Flashes of playing very aggressively downhill in run support
– Adequate ball skills and long arms help him limit passing windows and rack up deflections
– Very disciplined corner who never blows his assignment. Didn’t give up a touchdown in 2019
– Has the start and stop quickness and solid balance to stick with curls and comebacks in man coverage
– Smooth at disengaging from stock blocks

– Below average click-and-close shows up in off-man and zone coverage
– Hip fluidity. Loses considerable ground when opening hips or performing a speed turn
– Can get a little overzealous with his pursuit angles
– Needs to consistently wrap and drive to unlock his potential as a tackler
– Needs to be more patient when declaring his hips/leverage. Can get turned around by deceptive move because he doesn’t stay square
– Lost his confidence as the season wore on. Nagging arm injury sapped his physicality

Dealt with lingering “arm injury” for the final 6 games of the 2019 season that seriously hampered his production.

If Castro-Fields can regain his confidence and physicality upon returning from injury, he projects as a boundary cornerback at the NFL level who can capably cover outside receivers in man coverage. He will be best suited in a role that allows him to patrol the flat and doesn’t ask him to play much off-man of deep zone, and could become valuable as a press CB if he can improve his hip fluidity. As of this writing, Castro-Fields projects to be a firm Day 3 corner, but his stock could significantly rise if he performs well in an expanded role

Penn State DB coach Terry Smith has said that Castro-Fields will be elevated to the No. 1 CB role this season, and suggested that he may travel with the opponents’ best receiver this year on occasion. This should give Castro-Fields plenty of opportunity to prove himself against the likes of Chris Olave, Tre Walker, and Ihmir Smith-Marsette to name a few. Additionally, it will be of utmost importance for Castro-Fields to return to his physical form and recover fully from a nagging injury that progressively got worse as the season wore on.