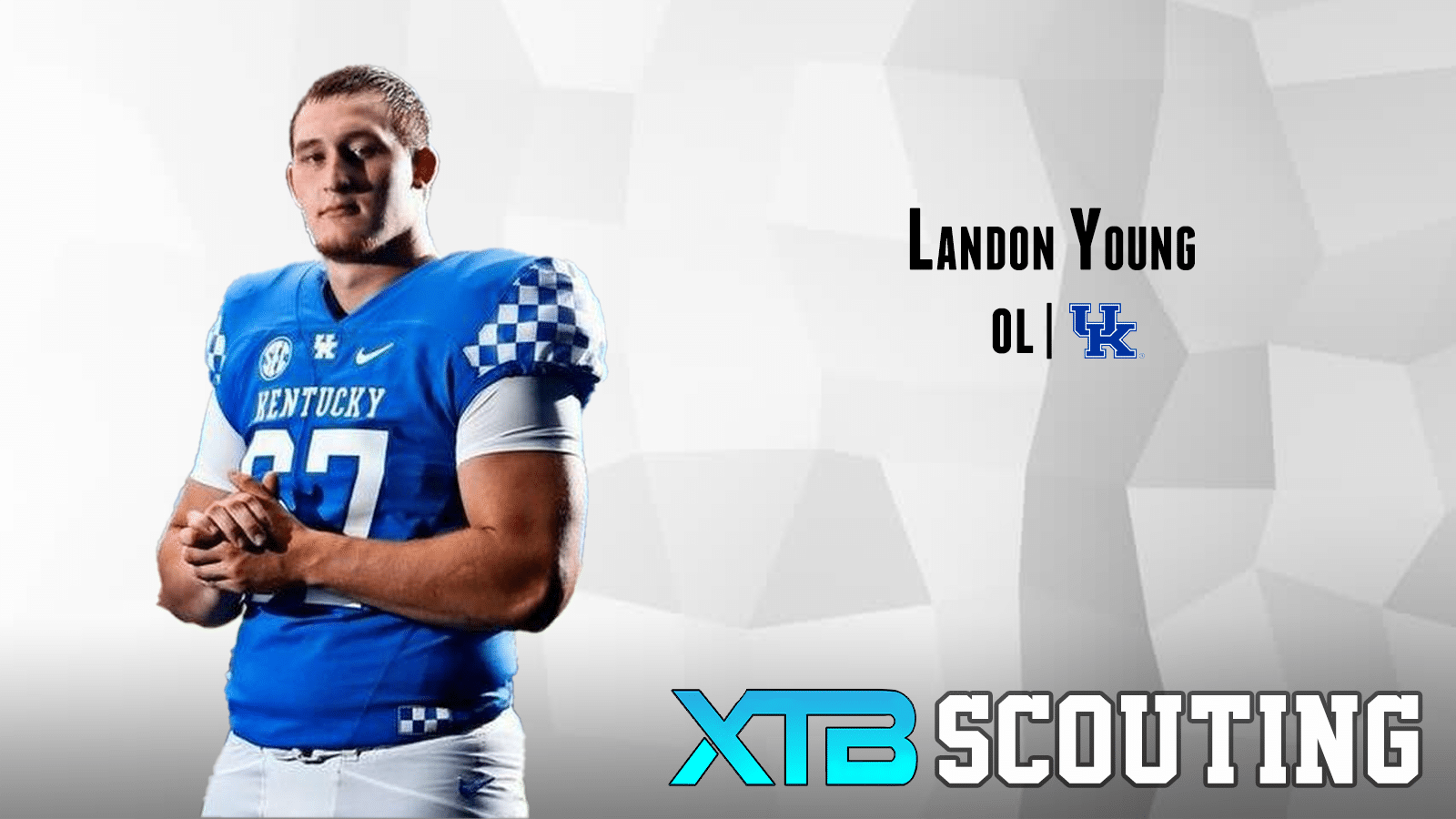 A long-framed tackle with zone instincts and good grip strength, but has some technical flaws that need to be addressed

Landon Young came into the Wildcat program as a hometown Lexington kid who wanted to help start a legacy. He was named to the All-SEC third team, and has been an institution as a left tackle on Kentucky offensive line with 36 games played in his career. That number would be even higher if he had not suffered a season-ending knee injury in August before the season even began in 2018. The former 5-star recruit and No. 1 player in Kentucky heads into 2020 with an eye on increasing his draft stock.

– Zone instincts. Can wall off defenders and create running lanes

– Grip strength. Once he has a grip on a DL’s chest plate he does not let go

– Can drop the anchor and hold his ground against power rushers

– Athletic in space and can get to the second level

– Can get around and set an edge/hook on reach blocks

– Bends more at the waist than the knees. Throws his balance off as a result

– Lets his hands drift to defenders shoulders as the block progresses

– Plays with a high pad level

– Can get narrow feet and turn his hips during pass sets, opening himself up to counter moves back inside

– Occasionally plays on his heels. Struggles to create drive as a result

Young has an NFL frame, but his limited technical refinement may hold him back from living up to that frame’s potential. He is listed at 321, but looks like he’s closer to 300. He is better as a run blocker than a pass blocker, so his best position fit at the next level is on the right side rather than the left. Young does not have the technical refinement to move inside on the line, so his position versatility leaves a lot to be desired. He projects as a backup right tackle in a zone-heavy scheme, and could possibly hear his name called on Day 3.

Young has a lot of fine tuning to do if he wants to increase his draft stock. His lower body flexion and footwork are a major area of concern. Addressing these could help not only his balance, but his pad level and drive as well. His hand usage will also be something to keep an eye on. He will need to be more consistent in actually punching rather than grabbing, and doing so accurately and with pop.  As a tackle in the SEC, he will be going up against some of the best that college football has to offer, and improving the technical aspects of his game could result in much better performances against that competition.