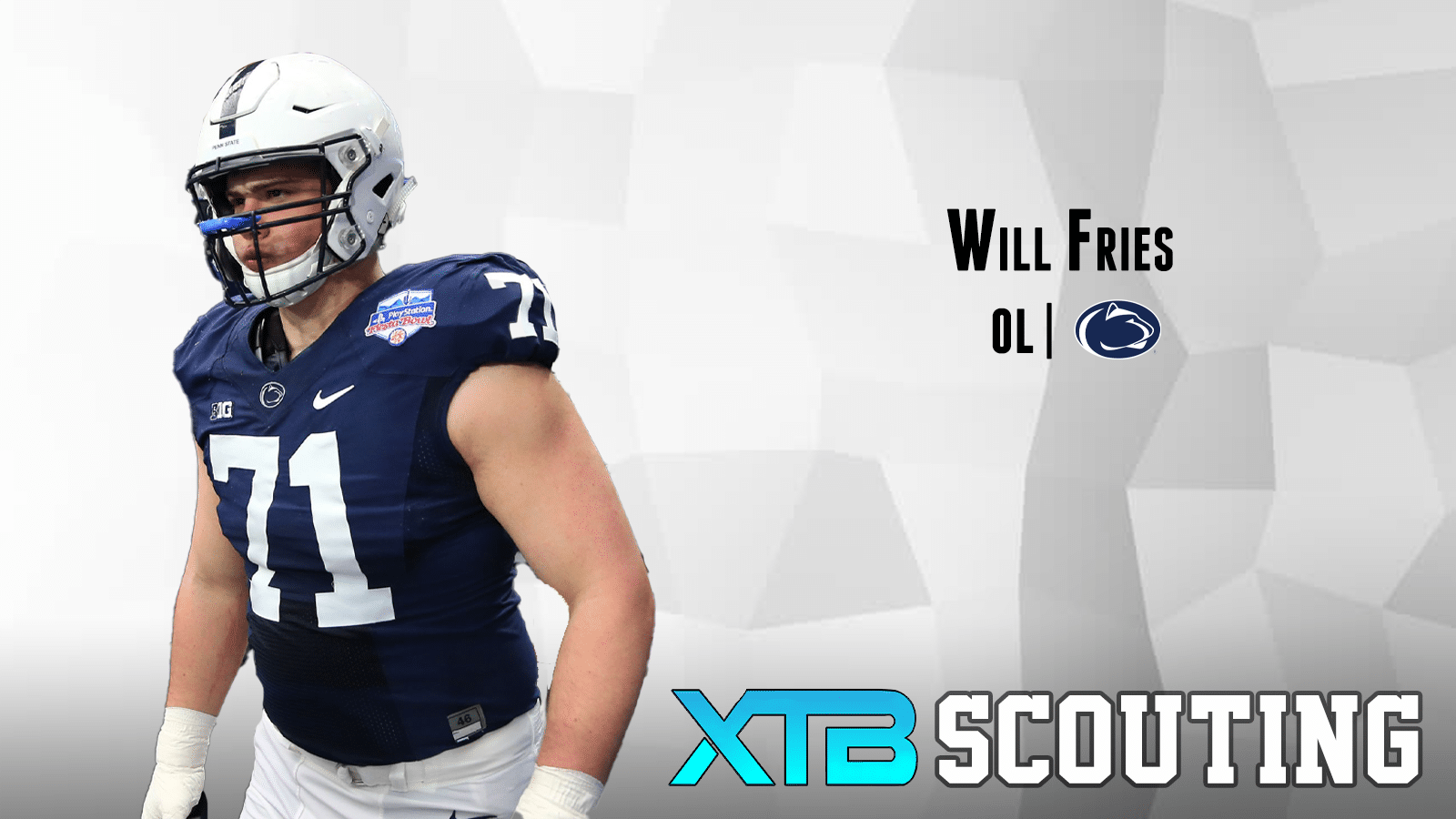 Will Fries has been a starter at right tackle for the Nittany Lions since his Redshirt Freshman season in 2017. In that time, he has started in 33 of 39 possible games. Changes are coming to the Penn State offense for the 2020 season, as they have a new offensive coordinator in Kirk Ciarrocca. Ciarrocca’s plan is to combine Penn State’s old offensive scheme with his, instead of implementing a new playbook for the offense to learn. The Nittany Lions will be a no-huddle, RPO-heavy offense with most snaps coming from the shotgun. A shift in the offensive gameplan should not hold Fries back from another successful season.

– Able to re-establish his positioning when he loses his anchor or footing
– Rarely overpowered or knocked over by defensive linemen
– Finishes his blocks through the whistle
– Keeps his hands on the inside of defenders’ pads
– Notices potential stunts before the snap and smoothly picks them up
– Can hold off multiple defensive linemen until a teammate is able to pick up one of them
– Good mental toughness. He does not allow mistakes on previous plays to affect the outcome of future plays
– Smooth kick slide

– Heavy feet as he attempts to change direction
– Late reaction to spin moves
– Poor hand use. Hands get swatted away by defenders with ease
– Favors his outside shoulder, which leaves him vulnerable to inside counters
– Faster, slimmer defenders get the best of him. He does not possess the athleticism to keep up with them
– Has trouble resetting his feet after he pulls

Fries has been a reliable tackle throughout his career. With his knowledge of the game, physicality, and ability to anchor himself, he has been a consistent starter for Penn State. He tends to try to overcompensate for a lack of lateral agility, which often allows defenders to beat him on the inside. If he can clean up those tendencies, he will be a valuable pick in the draft Day 3 pick with an outside shot at slipping into Day 2.

Can Fries lighten up his footwork? His heavy feet prevent him from keeping up with faster, slimmer rushers who come around the edge – a problem that will only get worse in the NFL. Will he be able to stiffen his arms while dropping back in pass protection? Having his arms knocked away consistently is one of Fries’ biggest weaknesses. By strengthening his arms and re-configuring his hand placement, Fries will be able to stay engaged with defenders.