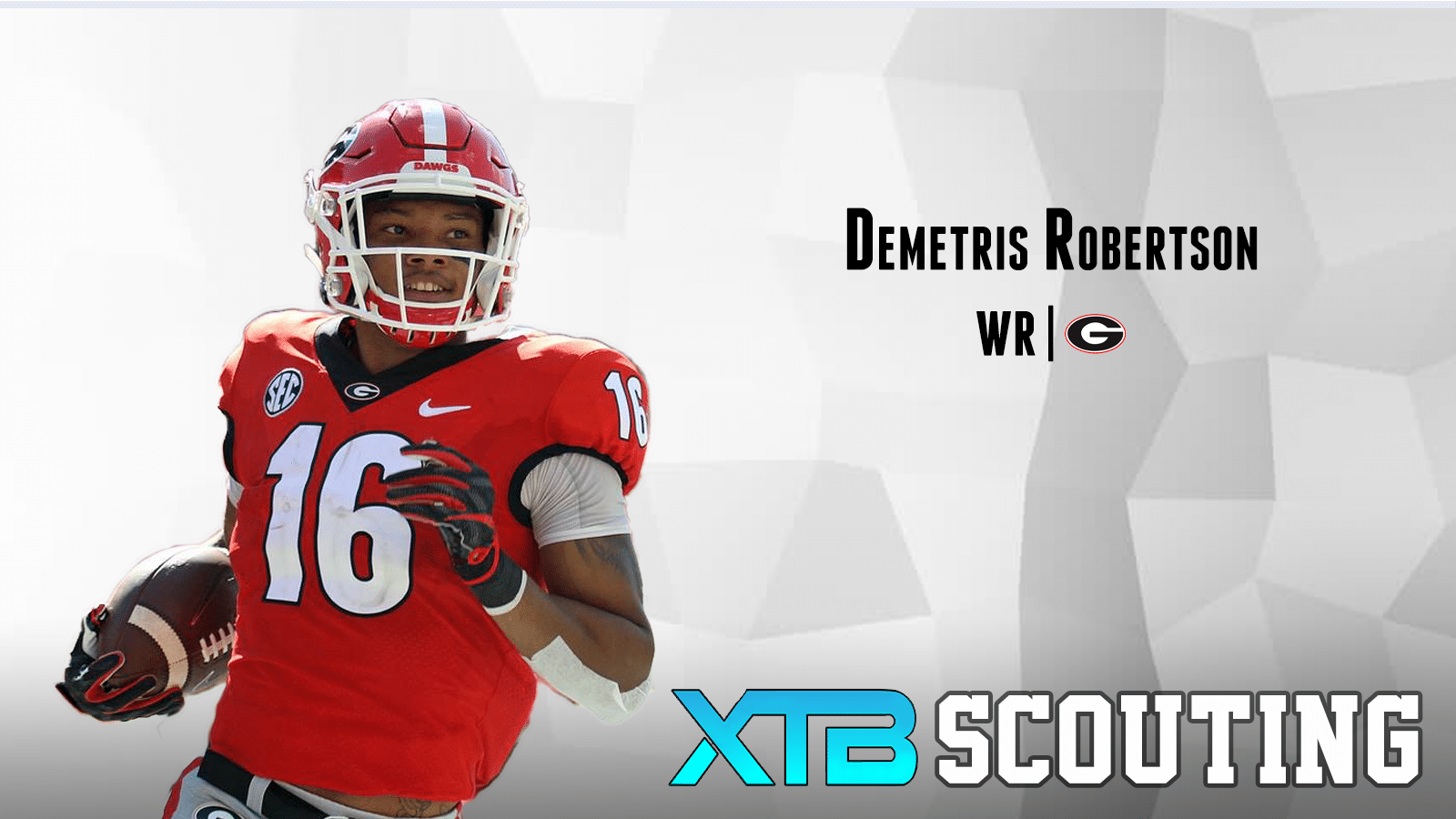 Demetris Robertson began his career at Cal, where he broke freshman receiving records held by some notable names, such as DeSean Jackson and Keenan Allen. After earning freshman All-American honors from several media major outlets and being named to the preseason Biletnikoff Award watch list, an injury cut his sophomore campaign short after two games. It was after this that he decided he needed to come home, and his UGA career started off hot after his first touch on a jet sweep went 72 yards for a TD. That said, his overall production in the Classic City has been subpar at best through two seasons. He is second in receiving among returners in what will be a young receiver room with a new offense, so it will be interesting to see if Robertson finally lives up to the hype he built in California.

– Legitimate track speed. Had 4 second-place finishes at Cal competing in the 100m and 4x100m relay
– RAC ability. Can make things happen in space
– Flashes route savvy. He can sometimes find soft spots in zone coverage and exploit them
– Runs good routes with sharp cuts
– Can be used on jet sweeps and similar gadget plays
– Diverse route tree. Has shown the ability to run routes at any level, but is far better when he can get the ball in space
– Gains separation via speed and route running

– Needs to better handle collisions and physical DBs in his routes/release
– Body Control: flashes it, but not consistently
– Contested Catches/Catch In Traffic: needs to be stronger at the catch point
– Uses his body to catch the ball too often, lets the pass get into his chest plate rather than plucking or snatching with his hands
– Has had some issues with drops in the past
– Run blocking strength/willingness could use some improvement
– Needs to work stems more into his routes

Robertson is an interesting case due to the level of production he showed before his injury at Cal. The athletic ability is there without a doubt, but his production has taken a severe hit since he was a freshman.  With a new and theoretically pass-heavy offense coming to Athens, Robertson will have a chance to rekindle the fire. If he can return to a level reminiscent of his freshman year, he stands to raise his draft stock considerably. He has spent most of his time in the slot, but can also move out wide if needed. He could be worth a Day 3 flier pick for a team looking to add a little speed to their receiving core. A good season in 2020 has a chance to remove the flier tag altogether and make him a solid mid-to-late Day 3 pickup.

With a supposedly more passing heavy offense, Robertson has a chance to redeem himself after a disappointing two years. The main thing he needs to focus on is using his hands to catch the ball rather than his body. This could help alleviate his drop issues and lead to more targets coming his way. He also need to be more physical in his overall game and exhibit much more strength at the catch point. With it being highly likely that sophomore George Pickens will be receiving most of the attention from opposing defenses, Robertson has a chance to be the guy who steps up and takes advantage of that. If he can capitalize on early season targets and show he deserves more, he has a chance to prove the haters wrong and raise his draft stock.