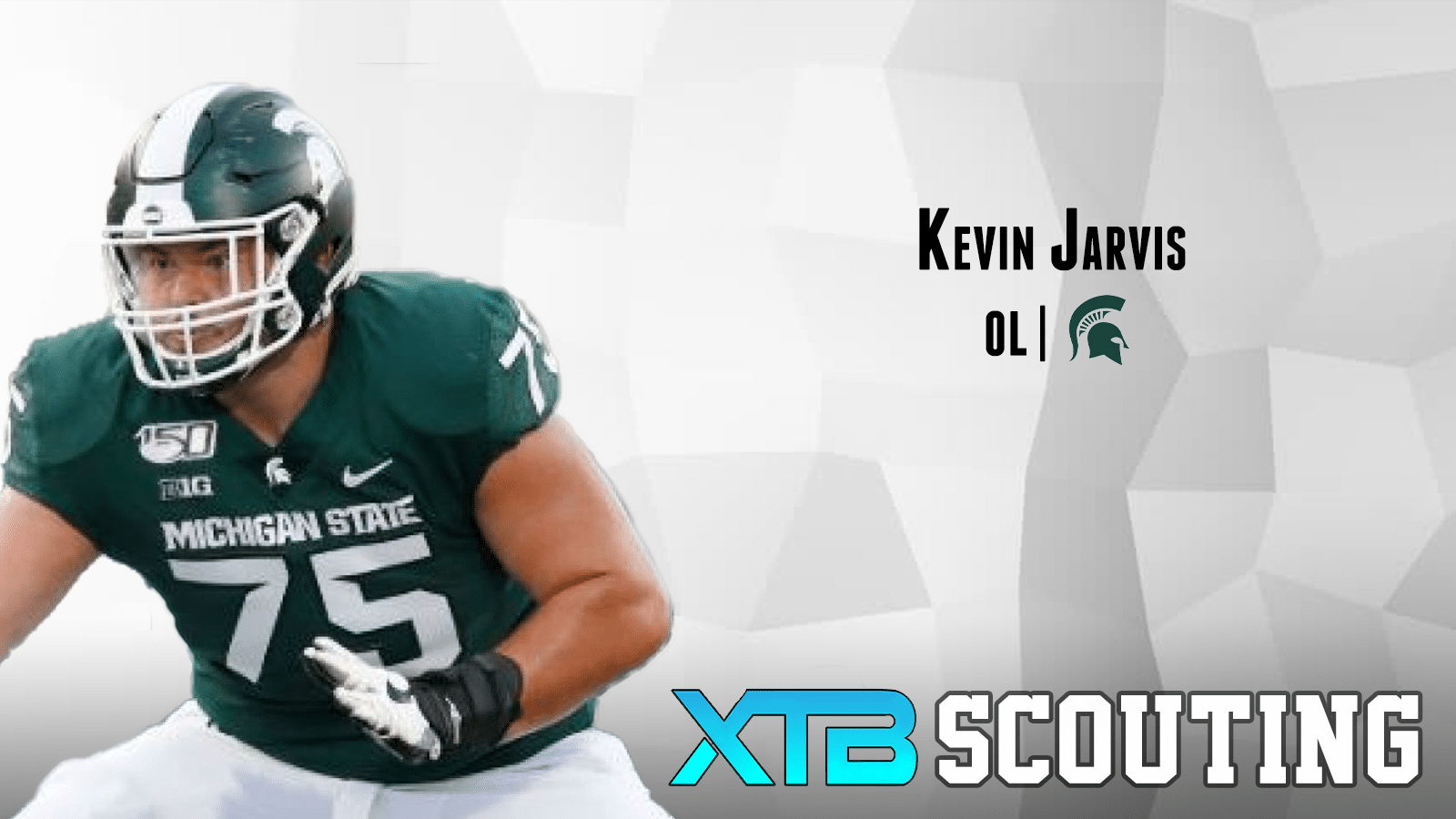 Strong, massive mauler who lacks the speed and balance to truly excel along the interior

Kevin Jarvis earned honorable mention All-Big Ten accolades from the coaches and media in his freshman season. However, he has struggled with injuries mightily since then, having played LT due to injuries in 2019. He only played in 3 games until he suffered a season-ending injury against Arizona State. He was asked to pull often in 2018 when he spent time at right guard. These pulls, however, looked very uncomfortable and slow. If Michigan State can abuse Jarvis’ powerful body in gap schemed runs, it could accent his strengths. He’s a talented player but will need to stay healthy in 2020.

Strengths of his game:

– Gets hands inside quickly
– Strong vertical pass set
– Consistently works up to the second level
– Has mauler capability: he plays nasty (in a good way)
– Shown ability to power through defenders in space
–Experience playing multiple roles along the OL

Kevin Jarvis has the strength to get movement along the interior of the line and the quickness to get to the second level, albeit not in a pretty fashion. On the other hand, he consistently lost balance and got thrown off blocks by defenders. Whether on the interior, or in his short time at LT in 2019, he simply couldn’t stay upright and even with defenders all too often. Balance is key for interior offensive lineman, and even though he exemplified impressive strength, this lack of balance will haunt his chances at becoming an NFL starter. Jarvis has experience playing multiple positions, and that is valuable for an offensive lineman trying to make it in the NFL. Jarvis will likely carve out a solid backup role in the NFL, being drafted in the 4-6 round range.

Although he played a full season as a freshman, the most important aspect of Jarvis’ 2020 play will be his health. After struggling with injuries in 2018, and missing the vast majority of the 2019 season, staying on the field will be the best method to mitigate injury worries. If he can manage this feat, look for his balance to improve in his redshirt junior season. He has the power and athletic ability to perform, but stronger defensive linemen could supplant this by applying horizontal force to him. With more experience under his belt, maintaining balance and posture through the full length of a block could skyrocket his draft stock. 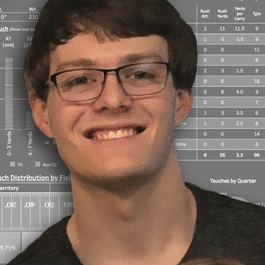