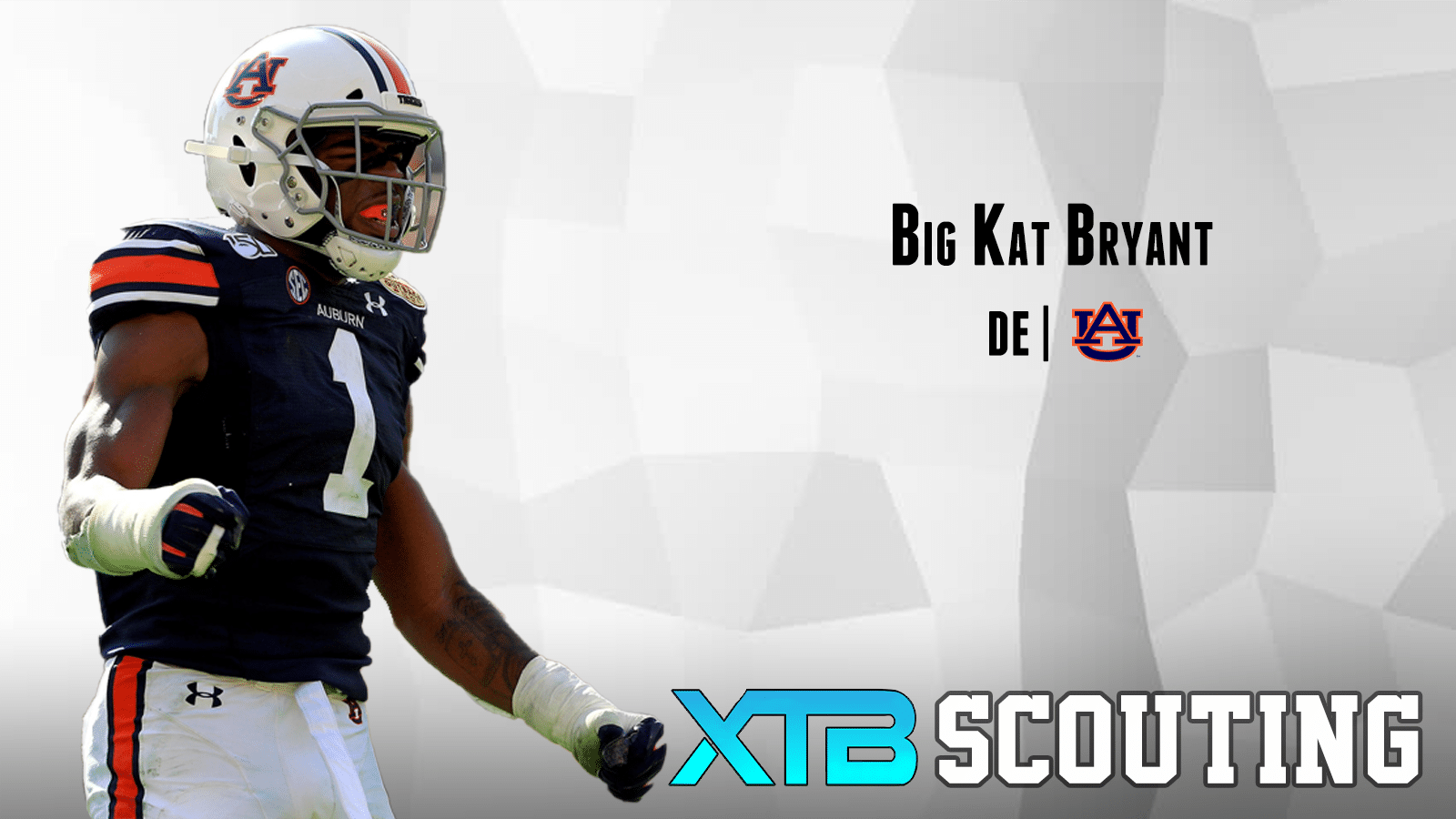 Big Kat Bryant returns to Auburn for his senior season with lot to prove. With three starters on the Tiger defensive line getting drafted in 2020, he will be asked to step into a larger role. Bryant was named to the SEC All-Freshman team in his first year, but has struggled to become a true force on the edge. As the “Buck” in Auburn’s starting lineup, Bryant has experience starting out in a 2-point stance and with his hand in the dirt.

–  Can beat slower OL around the edge with his speed rush. Good first-step quickness
– Comfortable in zone coverage getting from curl to flat
– High Motor player
– Sets the edge against the run with decent power
– Shows gap discipline as a run defender and man discipline while defending the read option
– Has the ability to reset the LOS with power

No injury history of note, but did catch flak for faking an injury against LSU in 2019

Bryant has the frame and athletic ability to be a solid contributor at the NFL level, but he has yet to perform at a level that consistently shows it. These tools in his wheelhouse allow him to both rush the passer and drop into coverage. Bryant flashes the good in all aspects of his game, but these flashes are inconsistent at best. He profiles best as an outside linebacker in a 3-4 scheme, but could potentially play as a defensive end in a 4-3 scheme if needed. Due to his lack of production at the college level, and despite his measurables, he projects as a late Day 2 or early Day 3 pick heading into the 2020 season.

The main question surrounding Bryant is whether or not he can live up to the hype he built his freshman season. There has never been a doubt about his measurables, but his production hasn’t matched to this point. The Auburn defensive unit will need him to step up to the plate this year, especially after losing Derrick Brown, Marlon Davidson, and Nick Coe to the 2020 Draft. If Bryant can turn his flashes into consistent performances, he could raise his draft stock considerably for 2021.