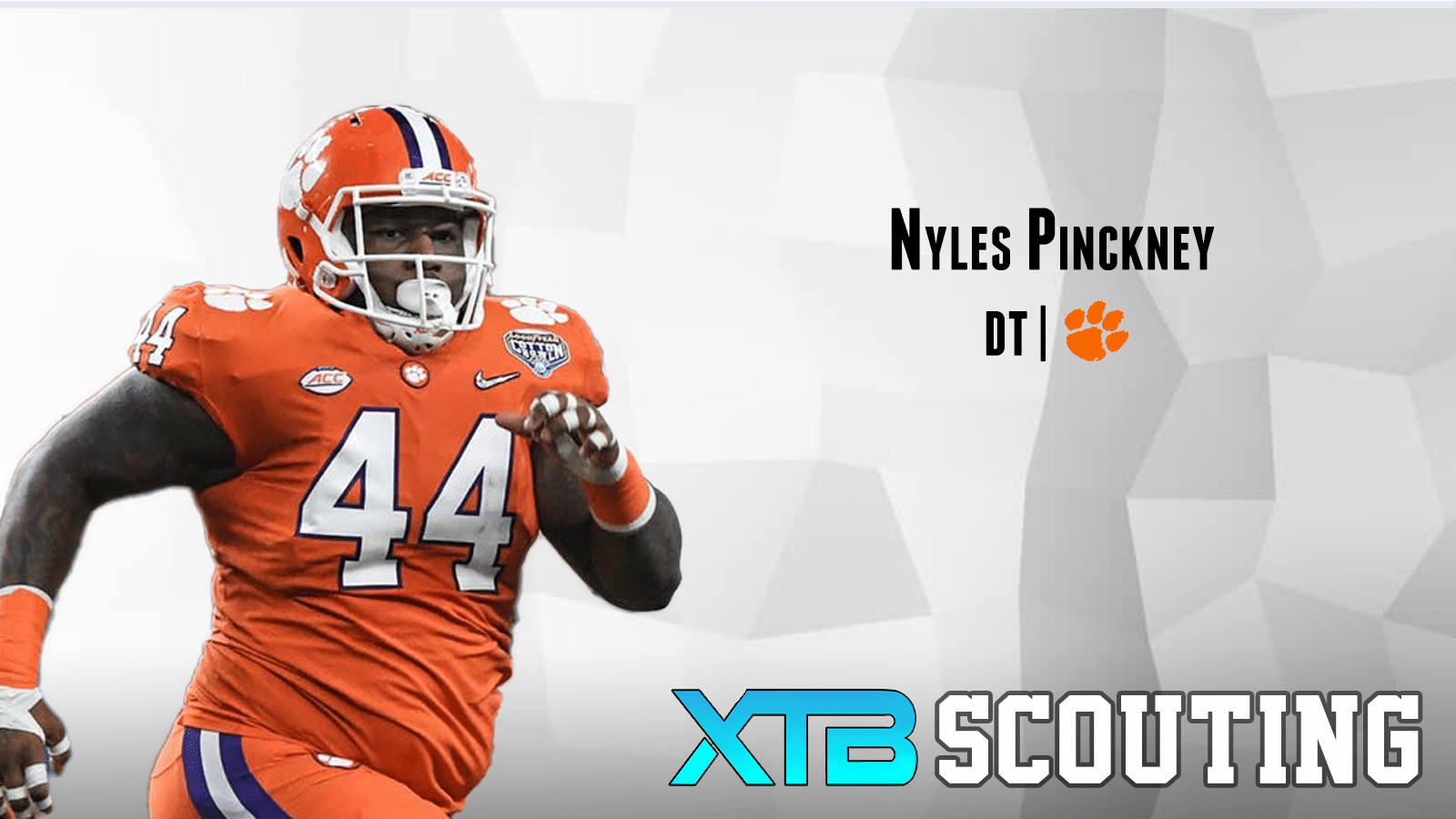 Nyles Pinckney returns to Clemson for one final push at a national title. With a history of good production at the college level, he’s expected to continue that production in his final year. Named to the All-ACC third team in 2019, former #2 prospect in South Carolina looks to improve his draft stock while also helping the Tigers return to the top of the college football world. He spends the majority of his time as a 2i-, 1-, or 0- technique in the A-gaps, but also bumps out to a 3-technique on occasion.

Pinckney could be a backup piece for an NFL franchise despite his slightly undersized stature. His history of good production against top tier competition works well in his favor. With experience playing all over the defensive interior, Pinckney could fit as an A-gap penetrator in multiple systems, but he will fit better as a 3-technique since he doesn’t have much interior mismatch potential. Pinckney’s sound discipline and understanding of the position could make him worth a late Day 3 pick for teams looking to improve depth on the DL.

If Pinckney can keep his production level consistent or improve upon it, he may gain a little more traction in the minds of scouts. He will need to improve his play strength so that he does not give as much ground, and his get off needs to be more explosive. Improving these flaws would allow him to be much more disruptive against both the run and pass. His pass rush plan needs to show improvement, and his move set needs more depth. He understands the subtle aspects of the position, but needs to improve his physical strength to be a true option at the NFL level.