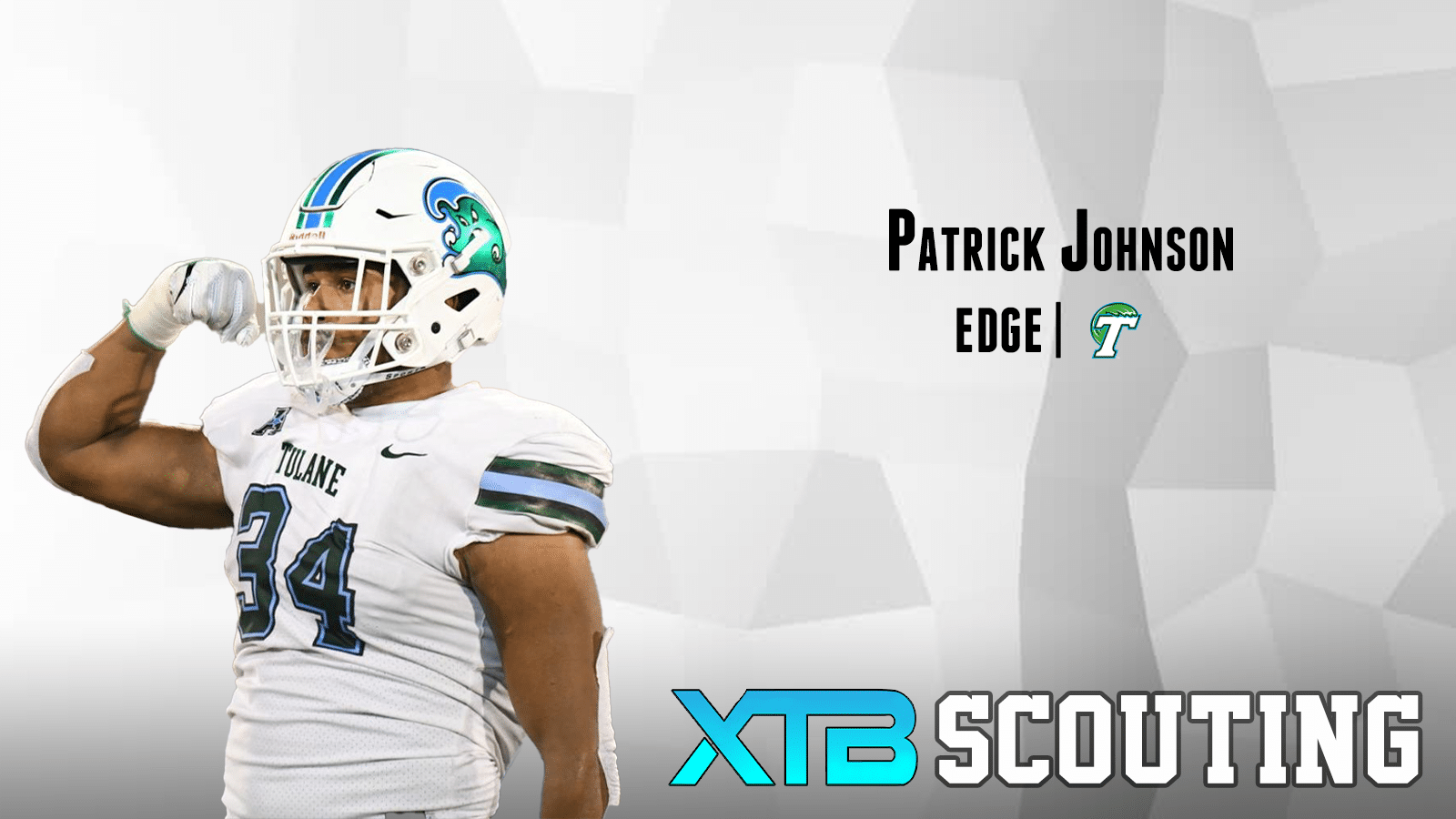 Physical OLB who prides himself in his tackling ability, but struggles to frequently get into the backfield

Patrick Johnson was a two-star prospect coming out of high school, and is now preparing for his final season with Tulane University. Tulane plays in a 3-4 or 3-3-5 defensive scheme where Johnson is used as an outside linebacker. Johnson’s responsibilities include being an edge rusher for the Green Wave, or even spread out to cover the tight end or slot receiver. He finished his sophomore and best season (2018) with 49 total tackles and 10.5 sacks, but his productivity throughout his career has not compared. Patrick Johnson would benefit from a repeat season like 2018 going into the 2021 draft.

– Sets the edge well. Stronger competition can get the best of him, but overall, he makes sure to push the ball carrier back inside
– Physical tackler. His best form of tackling comes when making profile tackles
– Patrols his zone(s) smoothly and makes sure to keep his eyes on the QB
– Passes off receivers to the next zone with good communication skills
– Able to spread out to cover the curl/flat
– Plays through receivers in man coverage
– Communicates with teammates pre-snap well. Leader on the field

– Struggles to disengage from blocks from all levels of competition. Handling one lineman is tough enough, but he has no chance when he is double-teamed
– Poor use of his hands. Unable to swat the arms of offensive linemen away
– Weak repertoire of pass rush moves. He struggles to penetrate the backfield, thus not being a threat in the passing game
– Does not get overpowered by offensive linemen, but does not overpower linemen either
– Lacks the athleticism and speed to change direction in a respectable amount of time
– Slow recognition of RBs coming out of the backfield as a receiver
– Struggles to contort his body to get around linemen on the outside
– Takes poor pursuit angles downfield
– Lacks a consistent motor. Shows little to no effort when the play does not come to his side of the field, and is not willing to chase players down to make a tackle
– Fooled on play fakes regularly

Heading into the 2020 season, Johnson is getting difference of opinions on his play from teams. This may have to do with his lack of production last season compared to his sophomore season. Johnson will not be a primary pass rusher at the next level, as he struggles to penetrate the backfield on a frequent basis. He may be best suited as an OLB whose main responsibility is to shoot the proper gaps and stop the run. With his struggles as a pass rusher, Patrick Johnson will likely not be taken off the board until very late on Day 3, if he’s drafted at all.