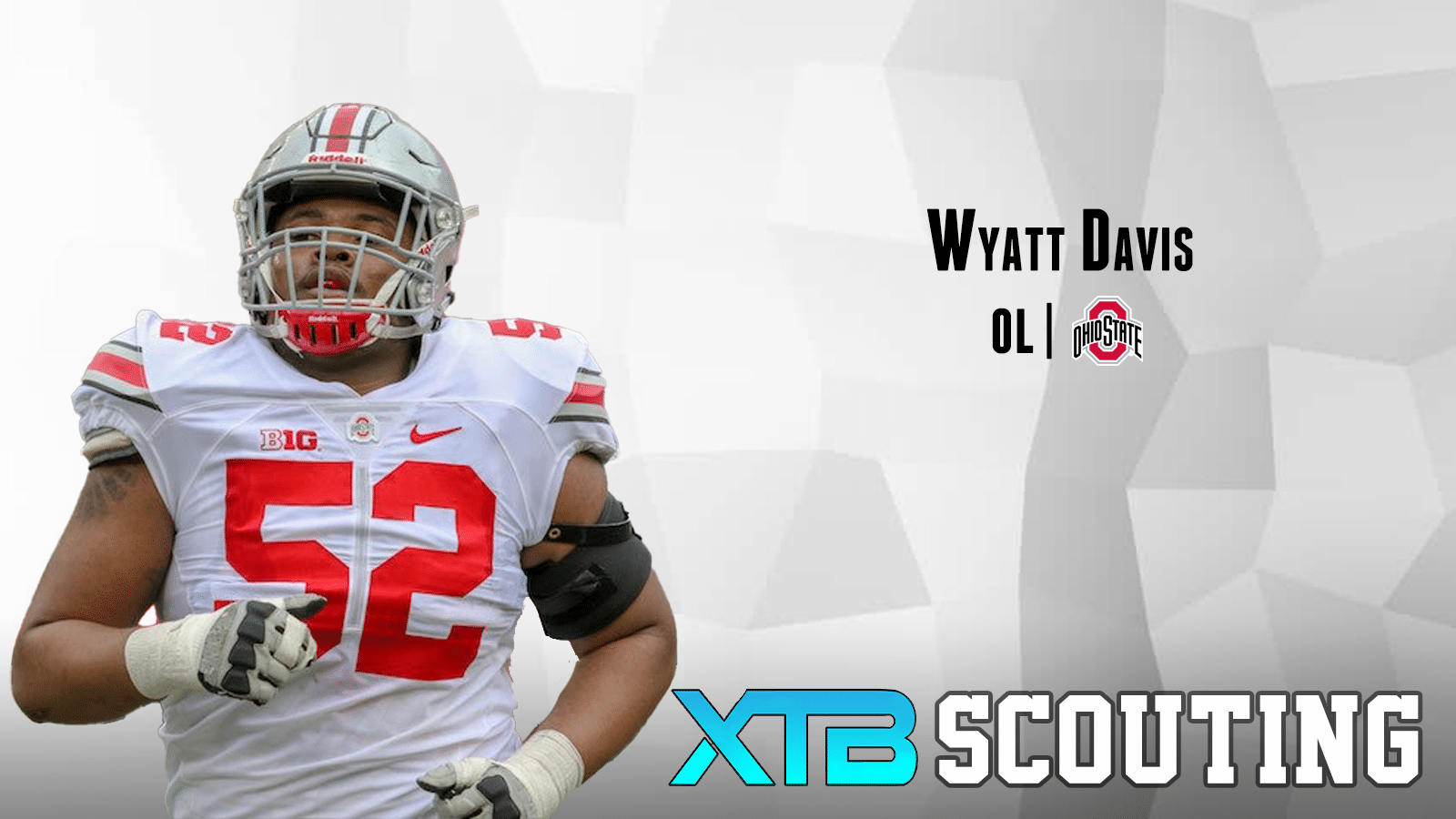 A powerful guard who excels with upper body strength and highlight reel plays, but shows his rawness in pass pro

Wyatt Davis is every bit of 6-foot-4 and 315 pounds. He started a few games in 2018, but shined as a 3rd year sophomore in 2019, where he started all 14 of Ohio State’s games. He excelled in the Buckeye’s gap run scheme where he wasn’t asked to pull too often. Being an absolute unit, Davis showed serious power last year, and it was certainly his greatest strength. He will look to help Justin Fields lead the Ohio State Buckeyes to another CFP showing in 2020.

– Can give up too much ground in pass protection
– Leans too far forward, bending at the waist, which can cause him lose balance with relative frequency
– Needs to keep his eyes up more on the inside during pass pro. Susceptible to stunts
– Gives up too much ground on initial steps in pass protection
– Not very quick on pulls
– Looks slow and plodding on the field. Not a guy who frequently gets to the second level

Minor shoulder injury in 2019, missed a few drives but returned in the same game

Davis is a project. On the field he looks quite raw and untested. He struggled when asked to pull and rely on movement. But Davis has the strength and body that offensive line coaches covet. At his best he’s disgustingly violent. And the high-end outcome for Davis is as an All-Pro guard. This is far from guaranteed, however, and Davis will have high variance in terms of how successful he will be as an NFL player. With more experience and coaching, he could prove that there is less projection needed. Expect Davis taken as a mid 2nd round or early third 3rd pick by a team looking for more power rushing from the interior.

The biggest questions surrounding Davis’ game could be alleviated if he shows improvement through experience and footwork in 2020 in this regard. Davis could skyrocket his draft stock if he improves his quickness in the open field (notably on pulls). Although Ohio State didn’t ask him to do many in 2019, if he takes advantage of his opportunities it could be a great boon for him. Davis has many questions surrounding his powerful game, and he could easily work into the first round pick discussion with an impressive 2020 season.