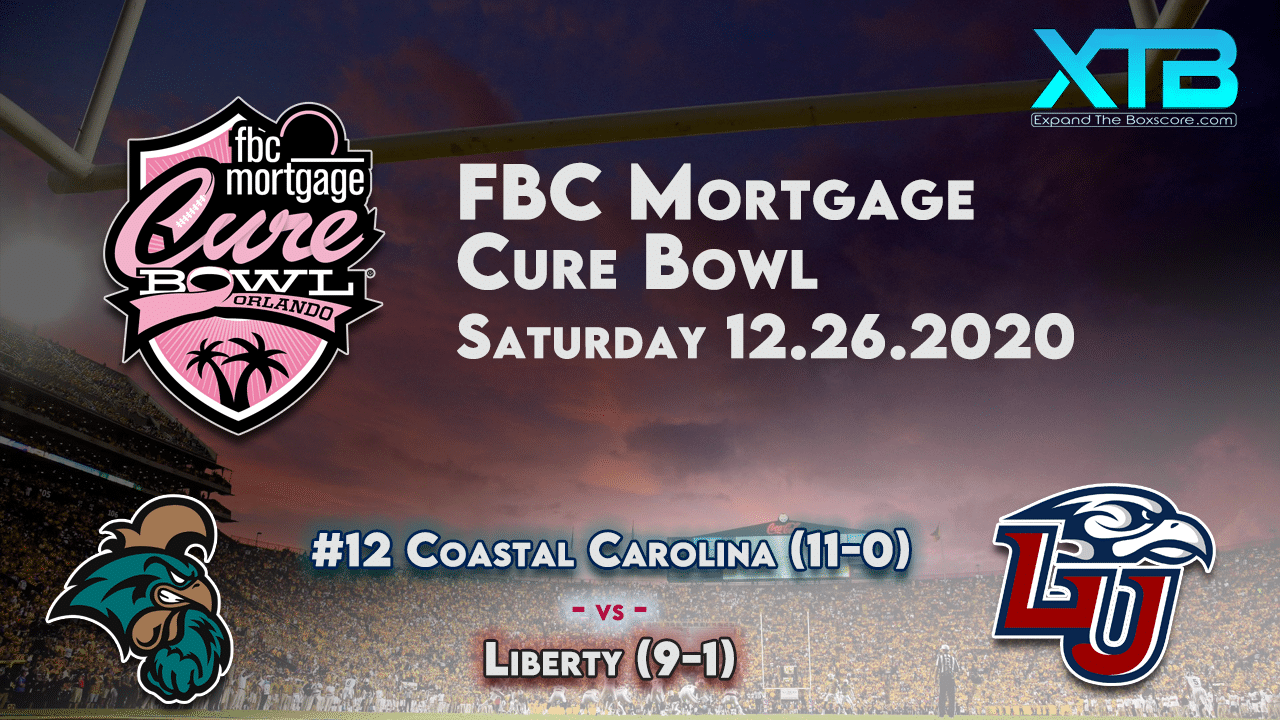 As a part of Expand The Boxscore’s NFL Draft coverage, we will be highlighting the draft prospects from each school for every bowl game. The players featured below will also be included in our NFL Draft Guide, which is set to release shortly after the combine. In today’s column, we will be taking a look at the Cure Bowl, featuring the Coastal Carolina Chanticleers and Liberty Flames.

While Coastal Carolina and its fans are probably disappointed they were left out of the playoffs and any of the other New Year’s Six bowl games, this matchup is a solid conciliation prize. As many already know, the Chanticleers are a perfect 11-0 with a handful of wins over ranked opponents, while lesser-known Liberty is 9-1 with two victories over Power Five competition in Syracuse and Virginia Tech.

So sure, not the bowl game people in Conway, South Carolina were hoping for, but a great matchup nonetheless. Plus, these two teams were supposed to play a few weeks ago, but the contest was canceled due to a COVID-19 outbreak at Liberty. At least we will finally get to see them square off.

Despite all of Coastal’s success this season, they only have one realistic NFL Draft prospect, Tarron Jackson. At 270 pounds, Jackson has the size to play defensive end at the next level, and his strength is evident in his punch and ability to reset offensive linemen. However, he lacks the hip fluidity and overall athletic ability to bend and consistently win as a pass rusher, making the defensive lineman a potential sixth- or seventh-round pick.

For the Flames, quarterback Malik Willis is the biggest name to keep an eye on. At Expand the Boxscore, we do not view Willis as a draftable prospect or priority free agent in this year’s class, but he will definitely be in the mix for 2022.

The redshirt junior is a transfer from Auburn who can make plays with his feet just as well as he can with his arm. On the year, Willis has completed 64 percent of his passes for 2,040 yards and 20 touchdowns to just four interceptions, to go along with 807 rushing yards – 6.7 per carry – and 10 more scores on the ground.

It will be interesting to see how he develops over the next 12 months, and that starts with a big performance on the national stage today.