As a part of Expand The Boxscore’s NFL Draft coverage, we will be highlighting the draft prospects from each school for every bowl game. The players featured below will also be included in our NFL Draft Guide, which is set to release shortly after the combine. In today’s column, we will be taking a look at the SERVPRO First Responder Bowl, featuring the Louisiana Lafayette Ragin’ Cajuns and UTSA Roadrunners.

This has to be a frustrating year for the Ragin’ Cajuns. They started hot with a huge three-score win on the road against Iowa State, then lost to Coastal Carolina by a field goal and had their chance at redemption in the Sun Belt Championship game taken away because of a COVID-19 outbreak at Coastal.

Regardless, Louisiana still sits at 9-1 and has a chance to make it back-to-back 10-win seasons for the first time in school history. It is also worth noting that 2019 was the first time they broke the double-digit mark, so they have plenty to play for.

As for draft prospects, the Ragin’ Cajuns have two running backs to look out for, Elijah Mitchell and Trey Ragas.

Of the two, Mitchell is the more notable player and will likely be a late-round pick. He is a solid all-around back with the quickness and contact balance to generate chunk plays on the ground and yards after contact. However, solid is the keyword in that sentence as he lacks a dominant trait to distinguish himself among others at the position.

Mitchell is rather limited as a receiver, which has become more important in the NFL recently.

At nearly 230 pounds, Ragas is an absolute power back who runs with a good forward lean to pick up extra yards on the way to the ground. The problem is, he lacks some burst when hitting the hole and struggles in pass protection, making it tough to see him earn a roster spot at the next level as a rookie. Ragas falls in the priority free agent category and will likely be a practice squad guy for a year or two.

UTSA on the other hand sits at 7-4 and probably could not be happier with how this year turned out, football-wise of course. This is the Roadrunners’ best record since they became an FBS school back in 2012, and the program has only been around since 2011. Having two eight-win seasons would be huge for a small school that started playing football less than 10 years ago.

With that being said, there ain’t a whole lot of NFL Draft prospects coming out of San Antonio. They have one, Hunter Duplessis, who is a kicker.

Duplessis is a good one though, and kickers are people too despite the typical nomenclature. He has made 25 out of 29 career field goal attempts with a long of 50 yards and has 23 touchbacks in his career. Certainly not the most exciting player to watch, but an important one no doubt. 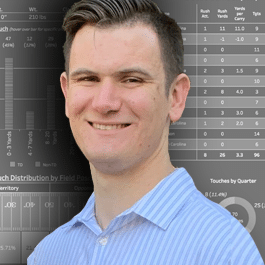