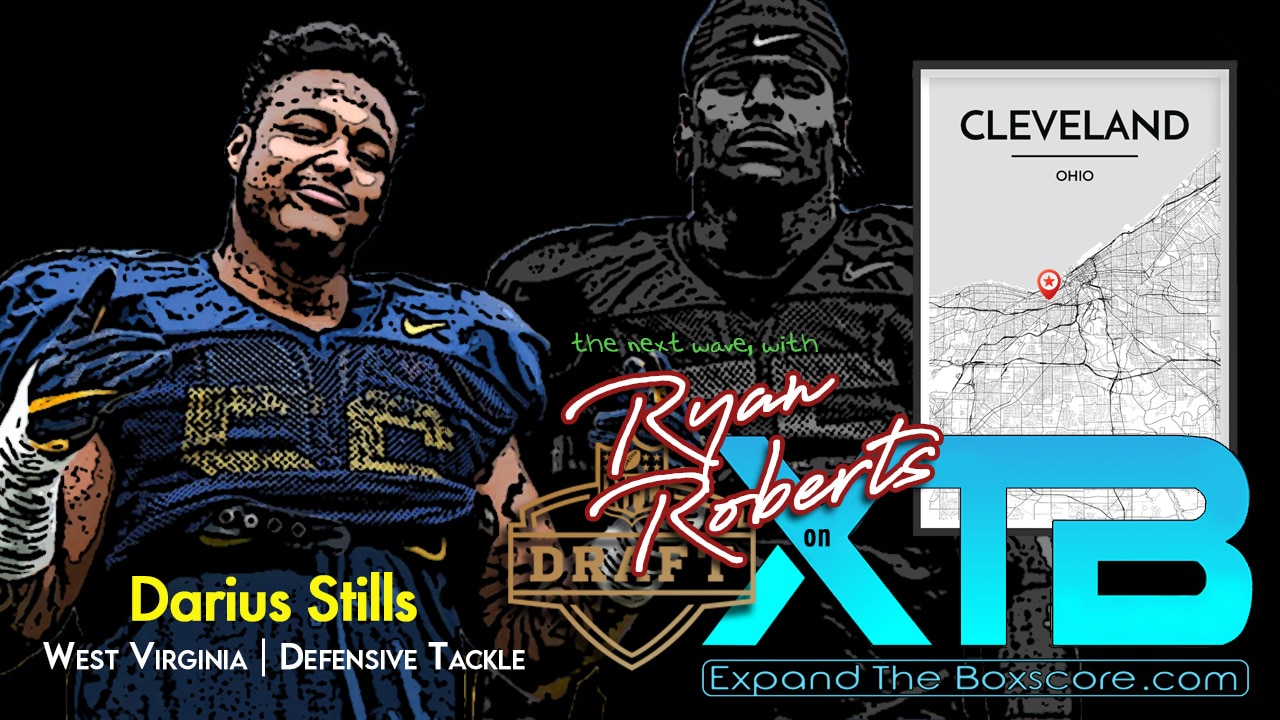 Growing up in the shadows of Morgantown, the University of West Virginia has held a special place for the Stills’ family for a long time. After a standout career for the Mountaineers, former Defensive Lineman Gary Stills carved out a nine-year career in the NFL, including a Pro Bowl designation during the 2003 season.

After spending time with the Kansas City Chiefs, Baltimore Ravens, and St. Louis Rams, Stills would proceed to pass the love for the game to his sons, Darius and Dante. The significance of the school to the Stills’ family did not falter when the brothers were making their own college decisions. For Darius in particular, it was always where he wanted to be.

“I grew up 20 minutes down the road and I always wanted to be a part of that,” Stills revealed. “That’s definitely what made it the right choice for me.” 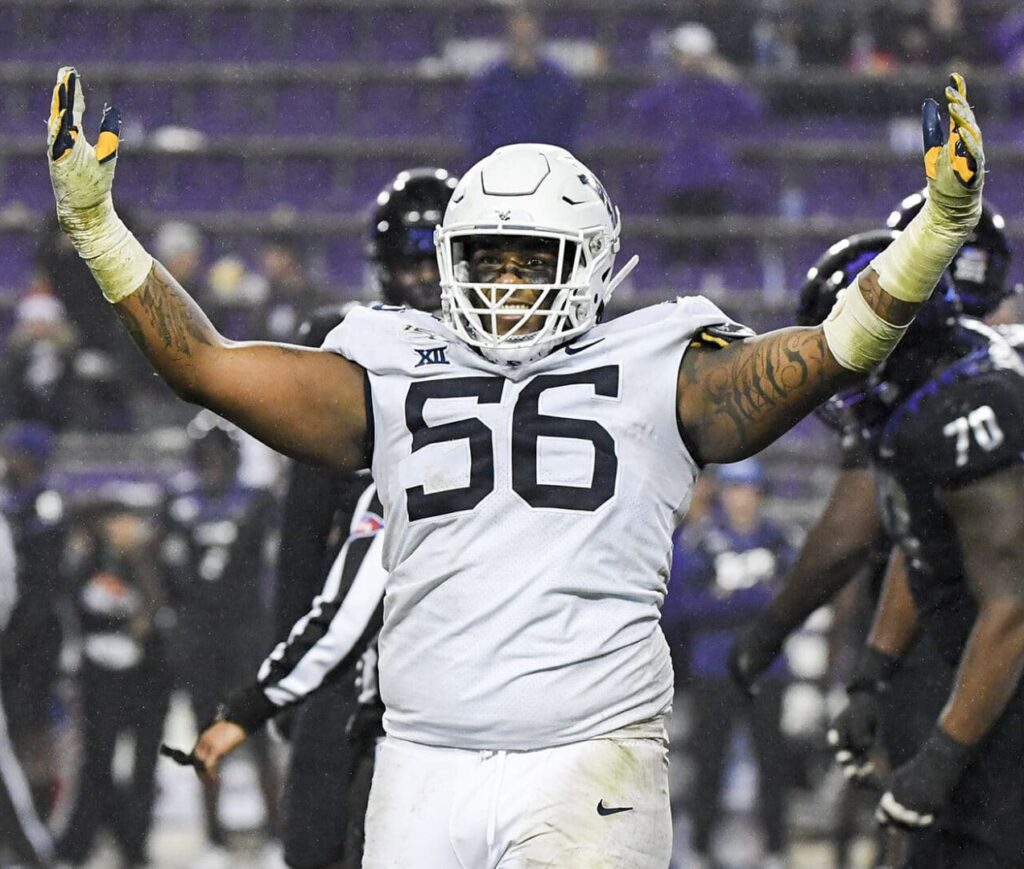 Stills came to the Mountaineers after a standout career at Fairmount Senior High School, including an absolutely dominant senior campaign, collecting 30 tackles for loss and nine sacks to go along with 75 total tackles. Despite that level of production, Stills was only able to secure three-star status as a recruit and six Division I offers to his credit. In the end, the team that mattered most happens to be in that group of six. After spending his true freshman year developing and serving in a backup role, Morgantown would again become the destination for a talented Stills brother. This time Dante, the more heralded recruit of the two, would reunite with his brother at their father’s alma mater. In their initial season together, both brothers would flash potential, but in limited reps. A higher volume of snaps was all the brothers, especially Darius, needed. The 2019 season would suffice. Manning the Nose Tackle position for West Virginia’s odd-man front, Stills would ascend to one of the more productive interior Defensive Linemen not only in the Big 12 Conference, but in all of college football. He finished the season posting an impressive 14.5 tackles for loss and seven sacks to pace the defense. That type of backfield production is a rare feat for a position that is typically asked to take up blockers and maintain, more than apply pressure. Add that with the 11.5 tackles for loss and seven sacks that his brother accumulated, and we have the best pairing since the Bash Brothers stole our hearts in the Mighty Ducks.

Heading into the 2020 season, the COVID-19 pandemic threatened to put an early end to the Stills brothers’ reign of dominance in Morgantown. Luckily for the brothers, and the team, the Big 12 maintained strong through less than ideal circumstances. Pressed to navigate difficult obstacles, the season was on. With the NCAA granting an additional year of eligibility to every player due to the trials and tribulations each had to endure, Darius was pressed with a difficult decision. In the end, he maintained the same plan that had stood since he first committed to being a Mountaineer.

“The plan was always to enter the draft after this season,” Stills said. “It was less than ideal for us all to navigate but I controlled everything I could control.”

Control it he would, ending his career with another rock-solid campaign, posting 7.5 tackles for loss and 3.5 sacks in just ten games. With his career now fresh in the rearview, Stills has his eyes set towards an NFL career, following in the footsteps of his father. For the first time in three years, the next step will be without his brother Dante by his side. A true Junior himself, his brother would opt to return to West Virginia to lead the defensive front in 2021. Although over for the time being, Darius reflected on the special moments that he was fortunate enough to share with his brother.

“It’s hard to describe,” he began. “Not a lot of people get to share that with their brother.”

Darius also left it open to a potential reunion down the road, seeing their paths come full circle. “Hopefully one day we on the same NFL team,” Stills said with a smile on his face. With the 2021 NFL Draft just a few weeks away, Darius went into detail about the daily grind that the draft process has to offer.

“(I) wake up at 6:45 AM every morning for a lift and speed and speed treatment. That usually runs until about 10:00, then I head into treatments. At 12:45, we get in for a stretch and then we have a lift at 1. After the physical stuff, I have interview prep and interviews with teams for the rest of the day. On Tuesdays, I have positional work at 11:45. It’s pretty much nonstop on Tuesday so that’s probably the toughest day.”

The long draft days are almost over… but the real work is just about to begin. In just a couple of short weeks, Darius’s dreams are going to become a reality. For a league that values getting after the passer to such a high degree, odds are he won’t be waiting too long into the middle of Day Two to hear his name called.

After playing the zero technique for the Mountaineers over the course of his final two years, Stills is a prototype three-technique moving to the next level. Standing right around 6’1” and 285, he fits that Aaron Donald archetype of an undersized interior rusher.

“I believe I could play up and down the line of scrimmage, but I do think that three-technique meshes well with my skill set.”

Playing the mesh against the power read can be difficult for even the most athletic edge defenders. For 280-plus pound interior Defensive Lineman, it is even more difficult, praying on lack of quick-twitch muscles and flexibility. Here Stills showcases that patience and change of direction to force the Quarterback into an ill-advised read and finish for the tackle for loss.

Interior pass rushers are all the rage in today’s world, especially with how much the passing game has expanded over recent years. Stills is the type of quick-twitch interior rusher who can put interior offensive lineman into a major conflict. Working off of the twist, Stills is able to locate space and get a clear run to the quarterback. What is more notable: the flexibility and bend that still highlights working off of a steep angle.

Quarterbacks breaking the pocket alluding interior pressure is usually a clean extension of the passing game. The closing speed to finish the pressure is notable for a player of Stills’ size. The all-out effort he plays from the interior provides a ton of possibilities, specifically on obvious passing situations.

Playing almost exclusively as a zero technique or shade, it is difficult at times to get a true pulse for the pass rush potential for a player like Darius Stills. When the front creates movement, and Stills is able to work gaps, his upside is highlighted tremendously. Here he pulls out an arm-over move, showing that he is much more than just a good athlete. He quickly wins inside and finishes for the sack, showcasing some tools in his arsenal as he projects forward.

Some may call it luck but good football players have a knack for always being around the football. Plus, let’s give the big man some credit for showing off the athleticism and ball skills!

In most mock drafts, you seldom see Darius Stills slotted until somewhere early to mid-Day Three. Some seem to be scared of his outlier size. The only people more scared are the future Quarterbacks facing the interior pressure from Stills working a guard’s outside shoulder. His usage at West Virginia did nothing to help his case, but even out of position, he showed to be an impact performer. Day Two is firmly a possibility for a team continuing to bolster their pass rush. Just a little over two weeks away from the big day, we’ll know that outcome soon enough. Following his father’s footsteps, Darius is set to be the second of three Stills to carve out an NFL career.