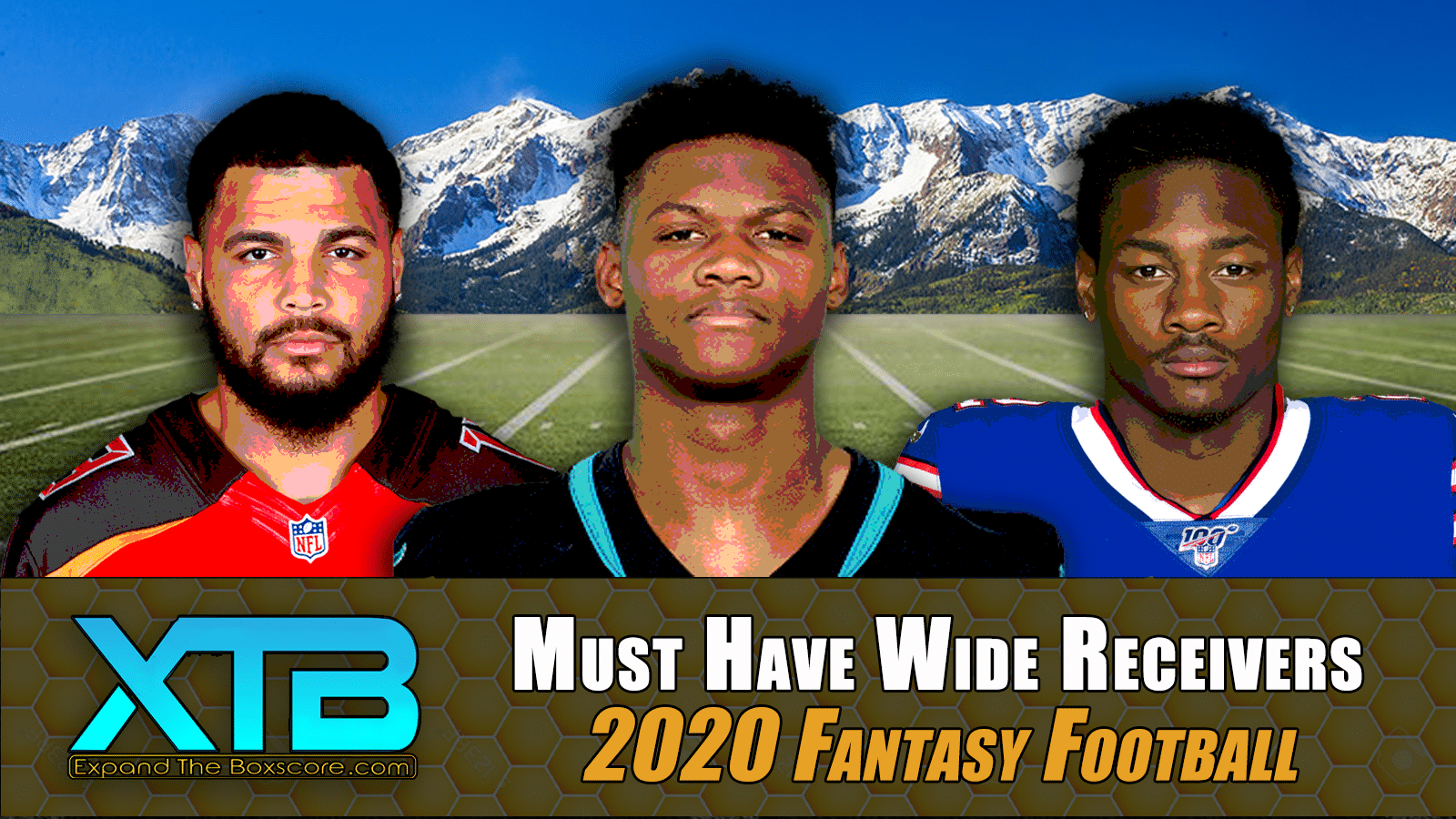 The 2020 fantasy football season is upon us, and we all have to deal with the stress and uncertainty that comes with a fantasy football draft. The draft could be going along smoothly and the next thing you know chaos ensues. The guy you’ve mocked yourself time and time again is no longer on the board.

I’m a firm believer after the first couple rounds or so it is crucial for every fantasy player that they MUST get their guy no matter what the cost. Now here are my 3 must have wide receivers for the 2020 fantasy football season.

You won’t find a bigger Mike Evans supporter than me. With the addition of Tom Brady I expect the Tampa Bay Buccaneers to have one of the most efficient and explosive offenses this season. Mike Evans is the match-up nightmare that keeps coordinators awake at night. The hype train is on Chris Godwin because of Brady’s affection to throwing to slot receivers, but Brady hasn’t had an outside threat like Evans since the days of Randy Moss. Randy Moss himself has said that Mike Evans is the closest thing to himself in the league right now.

Brady is ready to show that he still has plenty left in the tank and the connection that he and Evans will have will be the best in the league. Evans is by far my number one guy to get in all my drafts. I can see a 10+ touchdowns and a 1500+ yard season for Evans. For all those who worry about Brady’s arm strength, he couldn’t throw deep last season because not a single receiver was a deep threat.

Just a couple of years ago Brandin Cooks was Brady’s deep threat option and he was a top 15 fantasy receiver in New England. The possibilities are endless this season for Evans and the Tampa Bay Buccaneers offense. I’m getting Mike Evans no matter what it takes.

Stefon Diggs is a top 10 talent at the wide receiver position. Moved to Buffalo, he will have a chance to really prove how good he can be. The last few seasons we’ve seen glimpses of superstardom. However we haven’t seen a full seasons worth of production due to injuries. Last season when Adam Thielen was injured we saw what Diggs’ potential could be: several top 10 fantasy performances when he was the lead guy.

I’ve always felt that Diggs has that alpha dog mentality in him where at any moment he could take over a football game. Josh Allen will soon realize how incredible it will be to have that go-to wide receiver, especially when plays need to be made. Allen has incredible arm strength and now Buffalo can connect on those deep shots.

D.J. Chark was the definition of a breakout fantasy receiver last season. After an irrelevant fantasy rookie season, Chark exploded with an impressive 73 receptions for 1,008 yards and 8 touchdowns. Chark managed to put up these solid numbers with Jacksonville’s QB carousel between Nick Foles and Gardner Minshew, and missing one game due to an ankle injury.

Minshew Mania is the clear option at quarterback meaning Chark and Minshew will be a really good, high risk/high reward tandem for this upcoming season. As the number one receiving threat for the Jaguars, Minshew will throw it often towards Chark.

Volume won’t be an issue which should lead to better production. I expect 130 targets this season, leading to 90+ catches, 1,200 yards and a WR1 season. Chark’s current ADP is currently in between the fifth and seventh rounds but if I see him available in round four, he’ll be on my roster.

At the end of the day, it’s all about getting YOUR guys. Take the pass catchers you see as league winners, just like I see these trio of wide receivers.