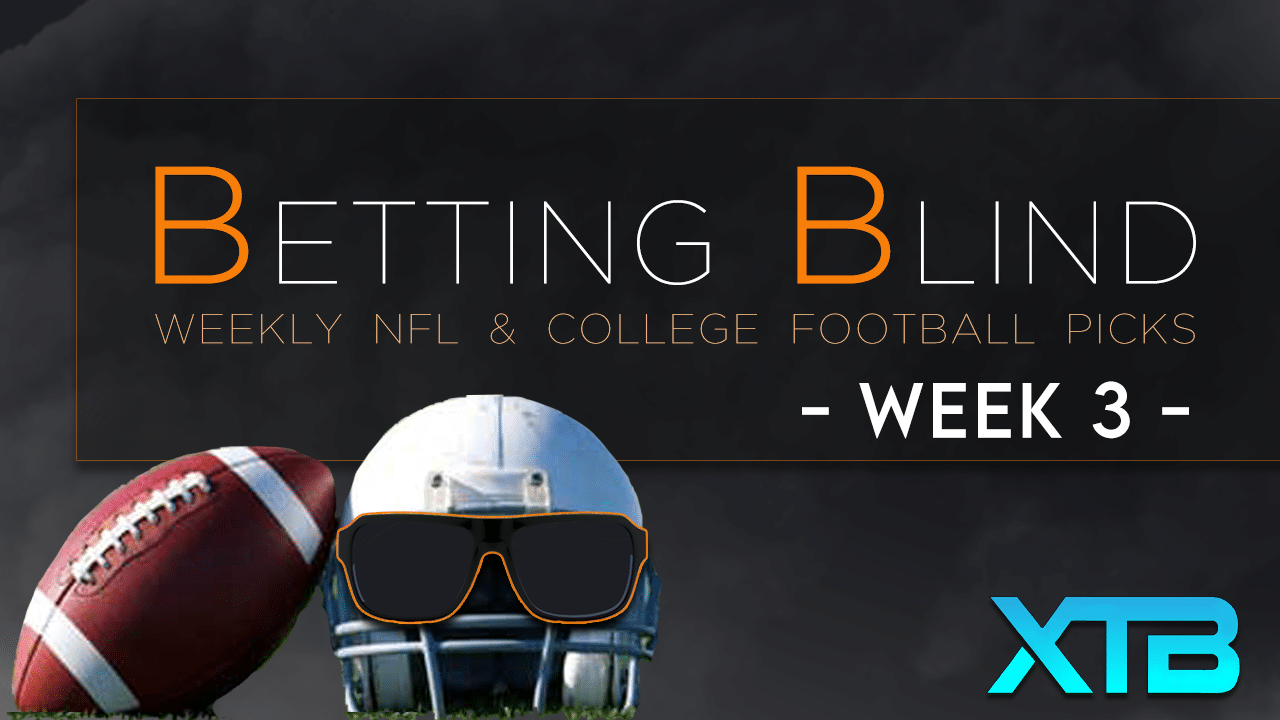 Each week of the 2020 NFL season Dominick Petrillo (@EnvisionFF), will provide his best plays of the week. These may be a line, a spread, or a variety of other plays. The only guarantee is they will not be a parlay. Please Stay tuned for the Betting Blind picks each and every Friday of the NFL season. Lines current as of the writing of the article. Make sure to check your sportsbook for any movement.

So far this season we are doing great. After going 3-0 in Week 1, we followed it with the same 3-0 mark in Week 2. Let us continue the train rolling and make some coin.

We are starting this week of Over/Under with my favorite. Not only is the Indianapolis Colts defense playing up to a pro bowl level, the New York Jets offense is terrible. You do not have to be betting blind to see that.

Adam Gase needs to go. Everyone knows but ownership is afraid to act. He will not take any advice from anyone and this is making the Jets offense historically bad. Speaking of feeling bad, poor Sam Darnold. The guy has no weapons to work with.

Le’Veon Bell continues to still out and Kalen Ballage in with the shell of Frank Gore and whatever Josh Adams is now. Jamison Crowder missed last week against the 49ers is again doubtful for this one. This means Gore and Chris Herndon will be the focal points of the offense.

The Colts had a great defensive game last week against the Vikings. The Vikings are no juggernaut, but they are better than the Jets. This game started at Colts -7. It has now moved to -11. There is no faith by bettors in this Jets team or the coach.

After the Colts got three interceptions off Kirk Cousins last week, I can only imagine what they can do with Darnold. At least Cousins had Dalvin Cook and Adam Thielen.

The defense of the Jets is worse without Jamal Adams. This is not a surprise. It is also not a surprise that a lot of this decline has come in the run game. Jonathan Taylor had his coming out party Week 2. He will continue in to roll in this one.

Indianapolis lost Parris Campbell last week to to PCL and MCL injuries. T.Y. Hilton has finished as WR 50 and 93 the first two weeks and Philip Rivers does not look great. The Colts will come into this one running the ball. This is a main reason I am fading the -11 and instead taking the under.

When the Jets offense is on the field it will be bad. But they will not be on the field much if the Colts have their way with Taylor. Expect him to get close to 30 touches and expect the points to be about the same.

Holy injuries Batman. Both teams come into the game more then banged up. Sad enough, all of the 49ers’ injuries came just last week on this same field. Everyone knows the names who will be out on both sides. One name we are not sure about is George Kittle. He missed the game last week and Jordan Reed had a monster two TD game in his place. With all the turmoil of last week, do not be surprised if Kyle Shanahan sides with letting Kittle sit another week.

For the Giants, they basically lost their entire offense with the torn ACL to Saquon Barkley. Daniel Jones has not progressed and the IR designation for Sterling Shepard means he will also not be playing. Golden Tate and Evan Engram are solid.

But against a San Francisco defense which is still solid despite injury, they will not do enough.

What is left of Devonta Freeman? We are likely to find out in this one as both teams will be running. A lot.

Nick Mullens famously was verified on Twitter during his first start on Thursday Night Football in 2018. This has been the highlight of his career so far. He may be a good QB, but with no weapons to use in this one we will not find out how well he can command the 49ers offense.

Mullens will certainly be without Raheem Mostert. Another injury that flew under the radar is Tevin Coleman, who will be out for a month. With very few weapons on either side of the ball, this game will be ugly.

The Giants will be forced to run the ball and the 49ers will follow in hopes of finally leaving New Jersey with some of their team left standing.

Ground-and-pound will be a common phrase in this game. Possessions will be limited making scoring hard to come by. In a complete opposite of the next game, this game should easily hit.

Both of these teams have great offenses. They both also lack consistent defense. This has been more strained in both cases due to injuries piling up including, Leighton Vander Esch for the Cowboys and Bruce Irving for the Seahawks. Because of this, expect the offenses to be hitting on all cylinders.

Dak Prescott and Russell Wilson have been having remarkable seasons to this point. Prescott just had the first game in NFL history with over 450 pass yards and three rush TDs. Wilson on the other hand already has nine pass TDs and 11 incompletions. When it comes to weaponry, both teams have plenty.

Prescott can not only rely on Ezekiel Elliott in the back field, but he also has a full compliment of receivers. Both Amari Cooper and Michael Gallup can take over the game at any time. With nine catches and over 100 yards last week, CeeDee Lamb is also making his mark early in his rookie season.

For the Seahawks, not only is Chris Carson getting involved in the pass game, Seattle has yet to start running the ball much. When this happens, Carson’s ability to be a physical runner will allow him to create even more trouble for opposing teams.

In the pass game, Seattle has two legitimate WR1’s in Tyler Lockett and D.K. Metcalf. Both of these players are better than anyone who will try to defend them on Dallas. This will lead to another huge week for both of them and Wilson.

Both of these teams are explosive on offense. They both also play less defense than a blind hockey goalie. I can make that joke. Therefore this game is destined to be a shootout.