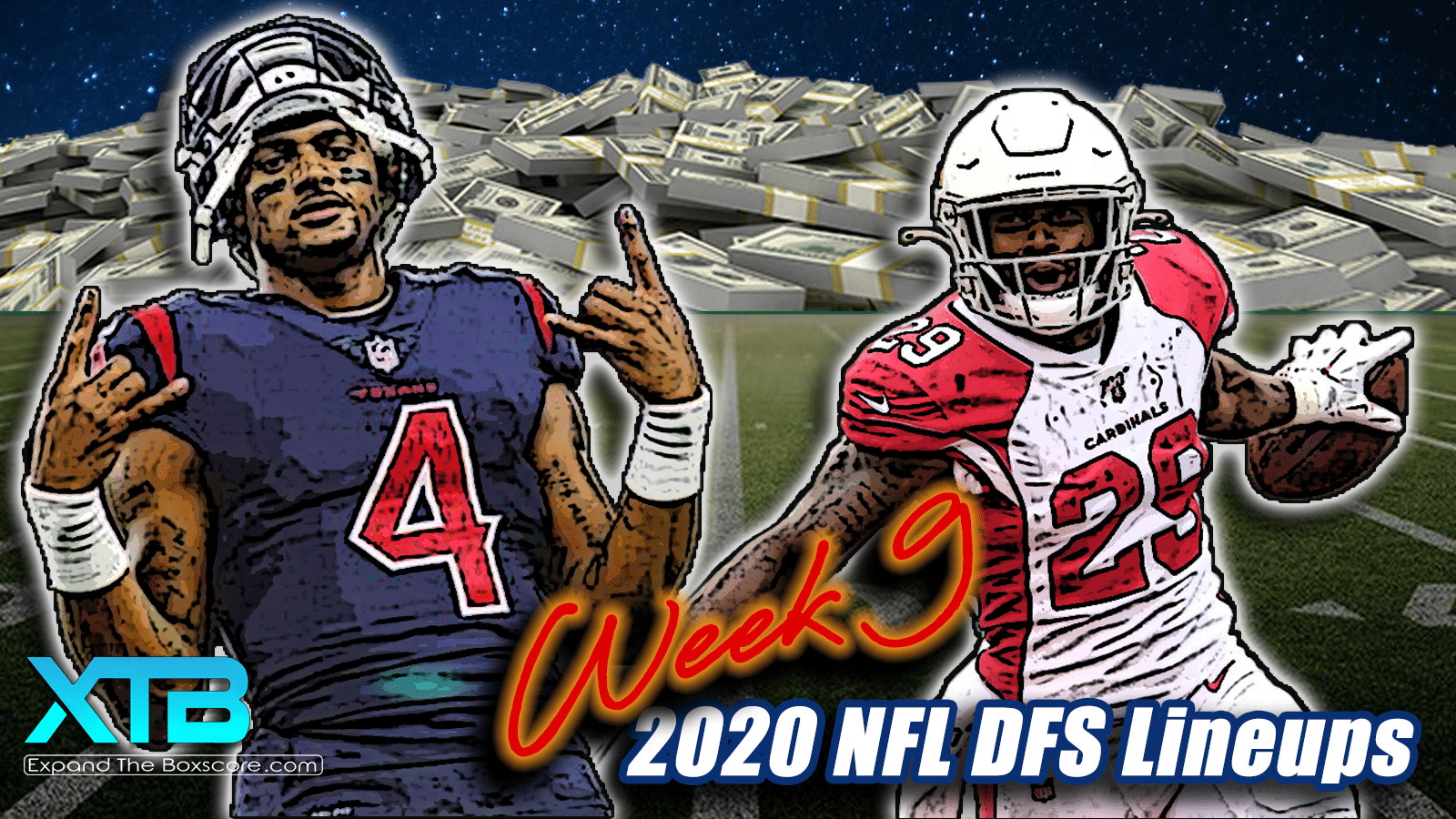 Posted at 12:34h in DFS by Rolando Gonzalez
0 Likes
Share

Week 9 has arrived and with it come some really good must play daily fantasy matchups. I am coming back to a few of my favorite plays but also going with a hidden gem that is about to become a staple in fantasy football.

Deshaun Watson is my big play for daily fantasy this week. Houston is fresh off its bye week and they face off against the Jacksonville Jaguars. These two teams met just a few weeks ago, and Watson put up a monster performance with 359 passing yards and three touchdown passes. Since their last meeting back in Week 5, Deshaun Watson is averaging over 26 fantasy points per game and I expect that to continue on Sunday.

Jacksonville has been struggling mightily on the defensive end of the ball, giving up 30-plus points per game in every game since Week 1. Watson is a man on a mission and will take advantage of Jacksonville’s defense. He is dropping another game of 350-plus yards but this time will have four touchdowns to go with it.

I love what the Texans can bring to the table when everything is clicking on offense, I have no doubt Deshaun Watson will make sure that is the case this week.

Chase Edmonds gets to step into lead back duties for the injured Kenyan Drake. Edmonds has a great chance to shine this week as the Cardinals have a home contest with the Miami Dolphins. Edmonds so far has shown flashes that he can be a fantasy star with great games of double-digit points against the Seattle Seahawks and the New York Jets. With a bigger workload coming his way, Edmonds will put himself as the true leading man in the Arizona backfield.

Going into the week, I expect Miami to structure a game plan in order to slow down wide receiver Deandre Hopkins. This mean that Arizona should counter that plan with several short and quick passes to Edmonds in space to keep the Dolphins defense honest and exploit them all game long. Arizona has one of the most underrated rushing attacks in the NFL.

The offense is so high powered with Kyler Murray and Hopkins, the running backs sometimes get forgotten. Edmonds has only averaged a hair under eight touches per game so far, but this week that total should be doubled and very possibly tripled. I am heavily invested in Edmonds for not just this week but the rest of the fantasy season.

Edmonds will be my top daily fantasy performer of the week and he’ll finish with over 100 total yards with two and possibly three touchdowns.

Stefon Diggs is my must-have daily fantasy wide receiver for Week 9. Diggs is coming off of a rather pedestrian performance last week against New England, but this week he will get a chance to really shine against the Seattle Seahawks. It is pretty well known I like taking receivers that face off against Seattle.

The Seahawks have struggled against most teams with dynamic and deep-threat wide receivers, giving up some of the most yards and fantasy points per game this season to opposing wideouts. Diggs has kept a nice floor so far this year but he is long overdue for that big time performance. I feel 150 receiving yards and two touchdowns are coming this weekend.

Buffalo needs to find its identity and get back to what was successful at the beginning of the season – get the ball in Diggs’ hands and let him make plays. This game has the makings of a shootout and that sets up the stage for some fireworks on the scoreboard and for your daily fantasy teams. Buffalo needs the ‘W’ to stay at the top of the AFC East, and I think they will get the job done and Diggs will lead the way.

With Detroit’s star wide receiver Kenny Golladay injured, it will be up to Hockenson to lead the way and be the top pass catcher for the Lions on Sunday. The tight end position in the NFL has been a mixed bag as of late and Hockenson has shown that he is more than capable of being the newest playmaker at the position.

He has the size, strength and athleticism to be great, he just has not been able to show off what he is capable of until now.

Hockenson is my guy this week and I expect him to have a monster day with 10 catches for 75-plus yards and at least one touchdown. This deep into the year you need consistency at the tight end position for daily fantasy, and that is Hockenson. He is a consistent performer with a chance at a monster game this week.